If you are reading this, then the Mayan Apocalypse hasn’t actually gone down as scheduled.

The world – or at least humanity’s reign on the planet – will, in fact, end someday.

There’s a 460-foot wide slab of space rock in an orbit that scientists give a 625-to-1 chance of slamming into the Earth on February 5, 2040. AG5 2011 may not sound that big – unless it lands anywhere near you.  The good news is that asteroids or comets that could cause extinction level events (several miles long) are pretty rare – hitting the Earth only once every 100 million years or so, according to NASA. The bad news is that sm 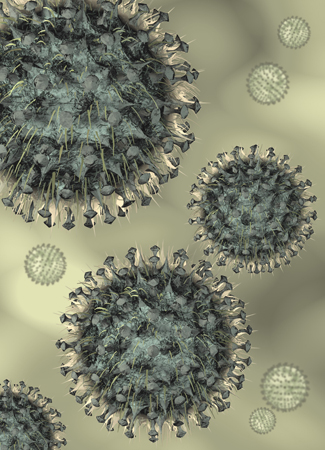 aller ones, roughly a mile wide, strike about a hundred times more frequently and could wipe out civilization as we know it and send us crawling back to the caves as the sun is blotted out by dust and agriculture dies off to the point of global starvation. (On the plus side, no work on Monday!)

The Malthusian check in the mail may come from something much smaller than a mammoth asteroid: a microscopic virus. Because the six billion people crammed on this planet are so close to each other, it’s a matter of when not if there will be a global pandemic that will decimate a large chunk of the population.

“Something like this can come from nature, and it has come from nature,” Columbia professor W. Ian Laskin, the consultant on the movie, Contagion, tells me last year before the film ’s release. “We had this with SARS, we had this with influenza, we’ve had with it a number of different threats through out history. In the founding of the Republic, we had yellow fever, which shut down the Continental Congress. Emerging diseases will continue to emerge and pose threats to life and economic prosperity.”

The Black Plague is estimated to have wiped out roughly 50 percent of the population of Europe during its peak in the 14th Century.

But nature has nothing on us for sheer destructive potential.

“You’re really still worried about the Mayans and giant Bruce Willis asteroids,” says Brad Meltzer, author of the upcoming novel, “The Fifth Assassin” and one of the best comic book writers working today. “Don’t you realize we humans are far more likely to kill ourselves?” 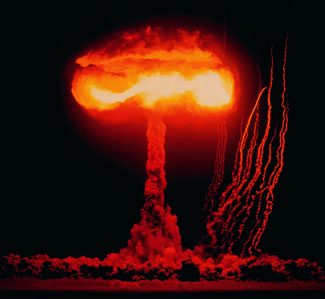 Unlike the height of the Cold War, however, nuclear weapons are not concentrated in the arsenals of a few super powers unlikely to push the button first and assure themselves of mutual destruction. Now, any idiot can get one: like Iranian president Mahmoud Ahmadinejad.

There are other scientific pitfalls we may be headed towards: conspiracy theorists worry that the CERN Large Hadron Collider in Geneva would inadvertently create a black hole right here on Earth in its attempt to replicate the conditions just before the Big Bang for scientific study. If they’re right, they’ll have an fraction of a micro-second to say “I told you sssssss……”

Unless you’re Sarah Palin, you also have to be worried about global climate change. At the current rate we’re building up greenhouse gases, scientists estimate the global average temperature will increase between two and 11.5 degrees Fahrenheit by 2100, according to the watchdog group, Environmental Defense Fund.

That would mean all the melting glaciers, flooding, droughts and super storms that director Roland Emmerich predicted in his disaster movie, 2012 – though, in fairness, probably with better character development and dialogue and fewer plot holes.

Even if we somehow manage to dodge all of the potential extinction level events, NASA scientists announced earlier this year that they expect the sun to burn through its hydrogen fuel in about five billion years.

And for God sakes, get out from that panic room and go enjoy life while you can.