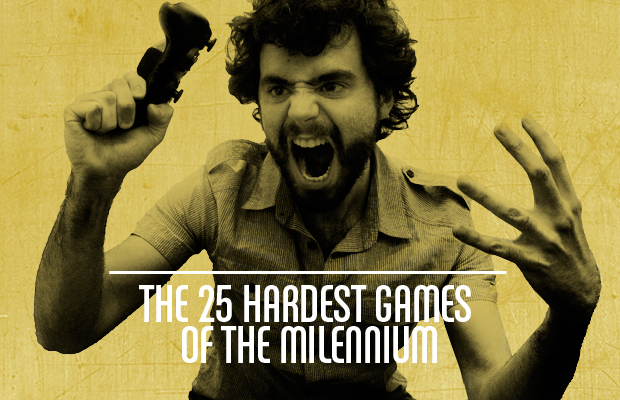 The good old days were terrible—at least that’s the consensus when it comes to videogames. Look at any list of the hardest games of all time and you will see a Who’s Who of classic arcade and NES games. Fair enough; we have seen men brought to tears in the middle of an arcade by Dragon’s Lair. We have seen the shattered NES consoles, broken in rage because of those fucking Ninja Gaiden birds. But that doesn’t mean there haven’t been any aneurysm-inducing, rage-fueling, spittle-flinging bastard games since the turn of the millennium. Just because developers try to make their games more accessible doesn’t mean we’ve stopped throwing our controllers in frustration. Not by a long shot. In fact, they’ve come up with brand new ways to make that vein in our forehead start twitching. And these are the 25 worst of the bunch. Turns out these days can be a real son of a bitch, too.

That is the intro to my list of the 25 hardest videogames of the millennium. Read it now, only on Complex!

From Baseball Bats to Broadswords