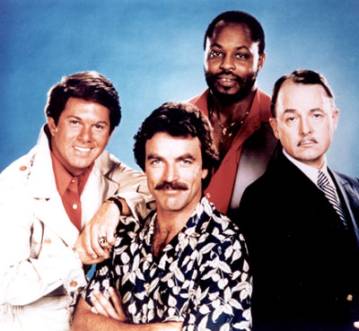 Magnum P.I. was one of the best television shows of all time. He was cool, charming, drove a Ferrari 308 GTS, wore a Cross of Lorraine ring and surrounded himself with friends that owned helicopters, beach clubs and attack dogs. To me, at 12 years old, he was the coolest guy I could imagine. The characters on that show were his friends and, as a viewer of the show, I wanted to be a friend of Thomas Magnum too. However, being just a kid, I don’t think we would have had much to talk about.

Magnum P.I. was also one of the first shows I remember that would, from time to time, break the fourth wall. I know I had no idea what that term meant back then, but I certainly knew the feeling I would get when Magnum let me know that something was up. There is a certain amount of gimmickry when it comes to breaking the fourth wall and while some might call it lazy writing, I find that with Magnum it was different. It was always subtle. Sometimes it was his first person narration that brought the viewer in, but other times all that was needed would be a mustachioed smile or eyebrow raised at the camera. This would always let the audience know that they were in on the story too. I liked that about Magnum, it made me feel like he was my buddy.

Most times when the fourth wall is broken, it is a jarring experience that removes the audience from the story. Sometimes, though, the audience can find themselves deeper in that world then they previously thought possible.

Here are some of those memorable and inspired moments in videogames.

1. Batman: Arkham Asylum
Batman: Arkham Asylum is probably my favorite beat ‘em up of this console generation, though to be frank, there aren’t many to compare it to. Yes, it has game play elements from other genres, but at its core you are Batman and you are stronger than all comers. Among a host of iconic villains it is hard to stand out as a foe for Batman, but that’s exactly what Scarecrow does in a series of larger than life boss fights. A character known for manipulating of reality using fear gas, 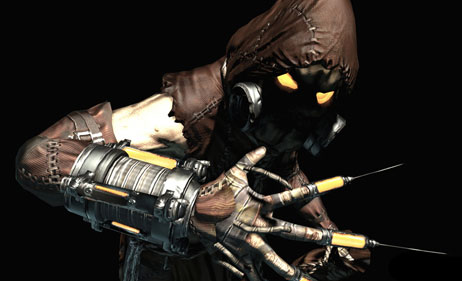 Scarecrow forces Batman to face some of the darker regions of his past. During these episodes, the game play shifts into the surreal and the player might suddenly be controlling a young Bruce Wayne or fighting the horrific, towering version of the villain.

Well into the game, Batman is roaming the halls of Arkham Asylum and hears a female voice over an intercom say, “Did anyone catch the game last night?” Without warning, fear is brought directly to the player as gameplay shudders and the screen becomes pixelated. A shriek of data screams out of the television and the screen goes black. These are the telltale signs of your Xbox having an E74 error, more commonly known as the Red Ring of Death.

Seconds pass like hours. Are you going to have to start the game from scratch? Do you need to buy a new Xbox? Then, suddenly, you are back in the game. A cut scene shows Batman as a passenger in the Batmobile with Joker behind the wheel, then strapped on an upright gurney on a trip to a meet some of the “less desirable” residents of Arkham Asylum.

As bad as all that may seem for Batman, it is a relief compared to having to buy a new system.

2. Metal Gear Solid, Metal Gear VR Missions, Metal Gear 2
Hideo Kojima is famous for his Metal Gear series. He has built a reputation as a quality game designer who thinks outside the box, even though his story structure sometime feels closely akin to Henry Darger. They both have very long, highly detailed and perplexing stories that don’t really have much of an ending. However, I enjoy and respect both as creators of art and substance, even if it is weird and confusing. 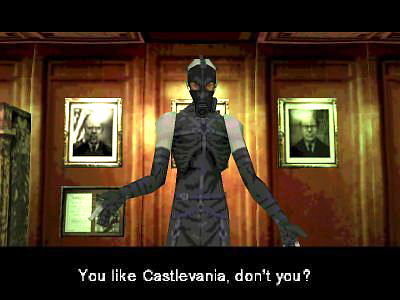 One of the more memorable set pieces in Metal Gear Solid is the Psycho Mantis encounter. To prove the extent of his mental powers, Psycho Mantis moves your controller across the table (by utilizing its force feedback vibration) and reads your mind (by accessing your PlayStation memory card to see what other Konami games you have played). The problems continue in the actual fight, with the game periodically turning off TV (simulated, but effective) and inverting the controls. Kojima used this trickery to add to the experience; some might dismiss this as a mere gimmick, but it created quite the impact for many gamers.

This theme continued in an awkward kind of way through the next, less popular game Metal Gear Solid: VR Missions. Here you play as an anonymous soldier progressing through training missions in a holodeck type environment. These missions are then referred to in the following release, Metal Gear Solid 2: Sons of Liberty. During a conversation with Colonel Roy Campbell, he mentions how you learned your combat techniques using VR training missions. So, in essence, the player actually IS the main character, Raiden. It takes a while for your brain to catch up to that. Then again, I still can’t wrap my head around Raiden being the main character in Sons of Liberty at all – and that argument is as old as the game itself.

3. Eternal Darkness: Sanity’s Requiem
Eternal Darkness: Sanity’s Requiem is a survival horror game that was arguably one of the best games for the Nintendo GameCube. Released by Silicon Knights in 2002, within the first year of the console’s existence, it was essentially a launch title and a certifiable sleeper hit. With atmosphere to spare and a Lovecraft-influenced story that was captivating to play, Eternal Darkness was much darker in tone than Nintendo is generally known for. It was one of only a few games for the GameCube rated M. 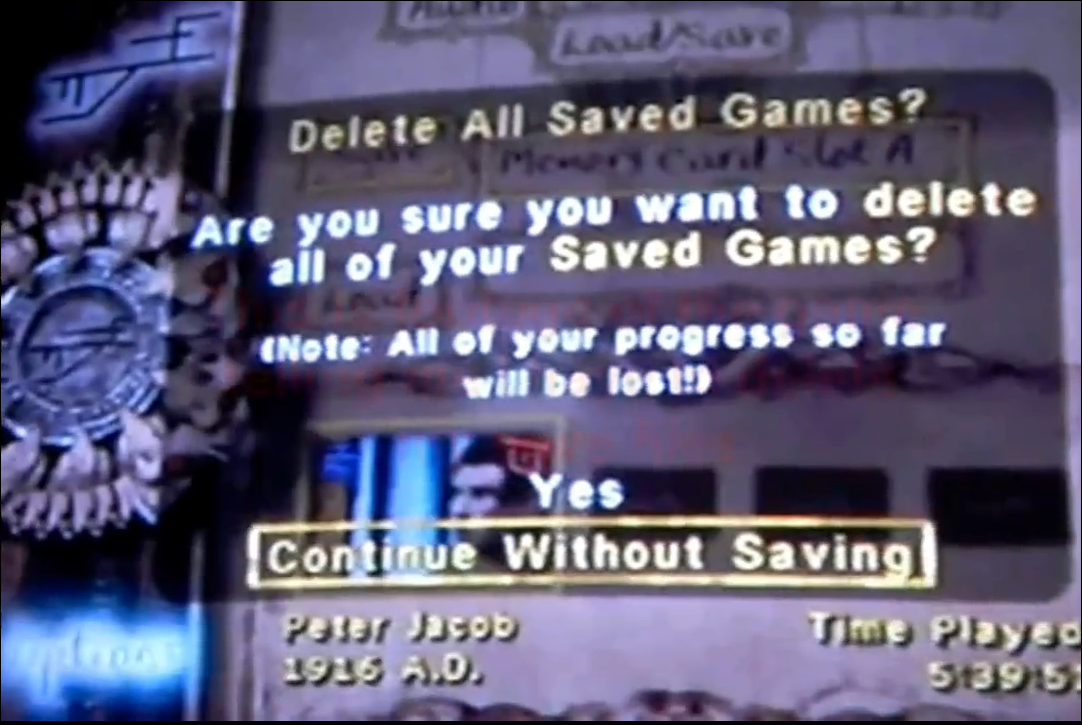 Eternal Darkness brought a unique element to the survival horror genre: the Sanity Meter. Certain things, like encountering a supernatural creature or reading a blasphemous book, affect the character’s sanity. As the Sanity Meter drops, the character’s grip on reality begins to slip away. Whether it is the room turning upside down or blood flowing from the walls, the game delights in letting players know their character is going insane the creepiest ways possible.

Much like Batman and MGS, Eternal Darkness sometimes mimicked real world technical troubles with your console and television. Your personal fears were a major factor and they, in turn, fed into the game’s scariness. A menu might pop up saying, “Delete all saved games,” or the game would give the impression that the console shut off. Nintendo was so proud of the Sanity Meter that they actually had it patented. 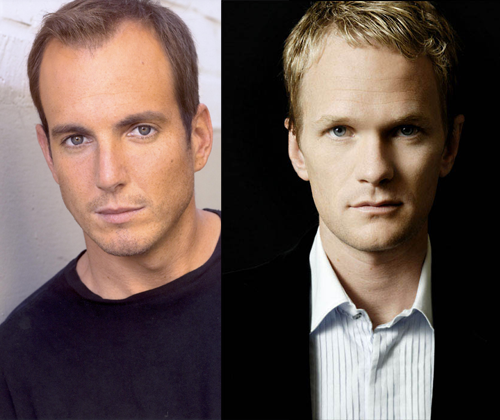 Jersey Turnpike. Hazzard is a down on his luck videogame action hero (he’s not at all like Duke Nukem. Really.) who you control through what he hopes is his big comeback. The focus here is on pure parody, which makes for some fun moments and the occasional total breakdown of reality. With Hazzard well aware of the fact that someone is playing him, the fourth wall smashed to little more than rubble.

Vicious Cycle even went so far as to make a late 90’s inspired website displaying the previous, fictional games that featured Hazzard. On paper, this is great, but the execution is full of less than stellar gameplay and quickly becomes the victim of its bad visuals. There is a special place in my heart for this game between the parody element, the quality of the writing and the voice acting (Will Arnet and Neil Patrick Harris voiced Hazzard and his evil nemesis respectively), but without that extra polish, Eat Lead quickly tarnishes. Sadly, in the end, this game suffers from a bad case of Beat and Repeat Syndrome.

5. Earliest Memories
Playing PC games as a kid, I had a karate game called International Karate by System 3, which was very similar to Karate Champ by DataEast. Despite their similarities, this game had one little joke that always made me laugh. If you started a game and didn’t move your character, he would drop his fists-out fighting stance to turn his head to look at out at me, moving his mouth as if to ask, “What are we waiting for?” This exact little touch was added a few years later in a little game by Sega called Sonic the Hedgehog.

The best example of an ARG used in videogame marketing is the one leading up to Valve’s announcement of Portal 2. By using old computer technology, they were able to create the credible story that GlaDOS, the psychotic computer from the first game, was trying to rebuild itself. Much of the information was revealed through the use of SSTV imagery (slow scan television) – a technology primarily used by short wave radio operators, old style BBS software and dial-up 56k modems. And while ARGs are usually the product of specialized marketing companies, the Portal 2 ARG was created by the same team that was developing the actual videogame. 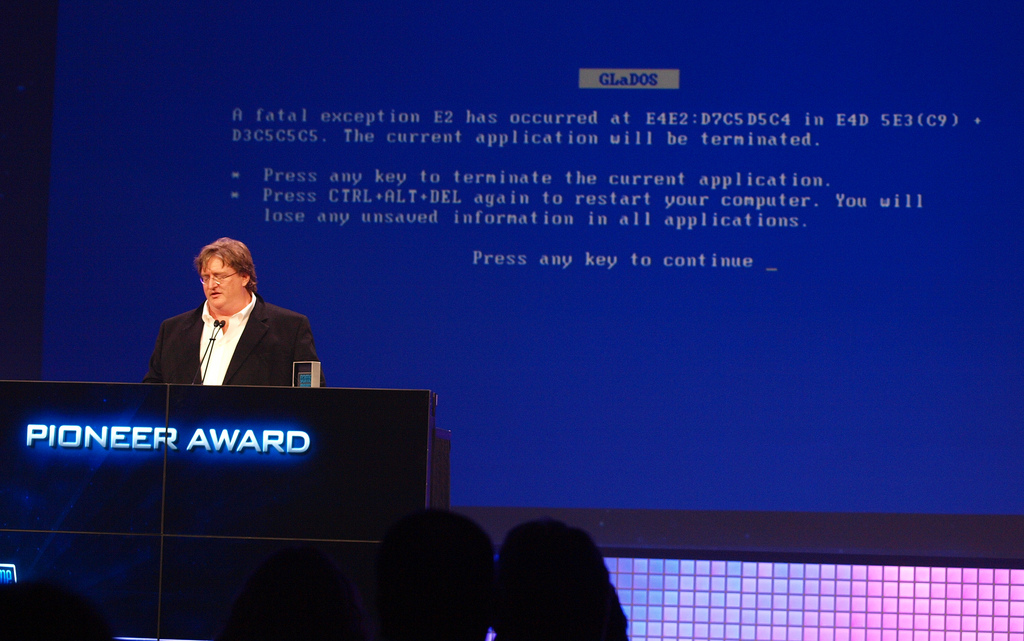 I couldn’t possibly do the methodology of the ARG justice. It reached its apex on March 11, 2010, when Gabe Newell, managing director of game development at Valve, made his acceptance speech for the Pioneer Award at the Game Developers Conference. During the speech, he talked about the ARG, which had only begun about a week before, and how that kind of commitment to a product is what establishes customer loyalty to the game, as well as to the story itself. Newell then attempted to start a slideshow to shed some light on the clues that they had hidden in the ARG, but instead the giant screen behind him turned a very familiar shade of blue. Newell turned to the audience and said, “This isn’t working.” The Blue Screen of Death, of course,  was a message from GlaDos. The crowd roared in response.

I say we should carry on with new and inventive ways of keeping the attention of the consumer. If done well, it can enhance the experience for the player in ways few other things can. It can help transport them to that remote Alaskan nuclear weapons facility.

Or to that sunny beach in Hawaii with your friends.