“Mr. Moran, why don’t you come in here and listen to my hi-fi stereo.”

Gabe opened the door to a kind of library. Dark mahogany shelves lined the walls from end to end. It was a dim room except for some orange recessed ceiling lights every few feet. One of the lights illuminated a piece of audio equipment at the far wall.

As we walked through, the shelves creaked with the sound of music­ – literally. These shelves were full of vinyl records.

Gabe reached into the wall, pulled out a Herbie Hancock record and handed it to me. It was the 1969 Blue Note release of The Prisoner, and it had been personalized: “Gabe, stay funky. Let the music set you free. Herb” 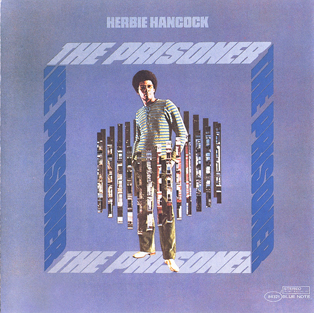 We walked closer to the equipment on the wall and I saw that it was an elaborate stereo.

For what seemed like the first time in hours I spoke, “I grew up near there, but no, I am not.”

“For shame, Mr. Moran,” Gabe smiled. Well into his own thoughts, he took the record out of the sleeve and put the jet-black disk on the player.

I looked closely at the six or so glowing tubes that were exposed in the vintage amplifier and I saw that the tungsten was sculpted so that it almost resembled the face and body of baby.

“It runs on souls, Mr. Moran,” he laughed. “No, it doesn’t, but they are custom handcrafted.”

He faced me, holding in his hands a pair of headphones, “Please, put these on. Let me share some sounds with you.”

As the headphones covered my ears The Prisoner’s title track filled my mind. I became relaxed, and felt the music flow through me.

After a short while, I took the headphones off and handed them back to Gabe. “That was free, Mr. Moran. Do you feel as though you owe me anything, Mr. Moran?”

“Once you buy it, then you own it. Give them the music. Let them know it is all for free. Buy it once, own all the parts.”

Thus, Valve has released the first volume of music for Portal 2 for free, along with six ring tones for Android and iPhone devices.

Keep tabs on all of Valve’s dark secrets with the help of @JapanDudeGirl on Twitter.

By the Power of Coffee Break!