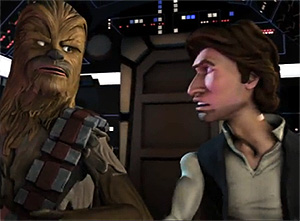 Ever wonder what the lost cargo was that got Han Solo, smuggler and intergalactic rascal, and sidekick Chewbacca in such trouble with Jabba the Hutt? Well, this computer-animated film has the answer. It was created by (among others) Daniel L. Smith, an instructor at the DAVE School, the Digital Animation and Visual Effects school in Florida, who was kind enough to answer a few questions about the short.

There are actually two versions of the film. One is your basic 2D, while another is in polarized 3D.

You can see the 2D version after the jump. Please watch the excellent short, then scroll down for the Q&A.

To view the 3D version of ‘Star Wars: The Solo Adventures,’ click here!

UNWINNABLE: What made you want to create a Star Wars short?

DANIEL L. SMITH: Well I teach block 4 at the DAVE school located at Universal Studios and this is what we do, the class is a real production class where we make a movie. With Star Wars Celebration V coming to our hometown of Orlando, it was a natural fit to do a fan film to premier at the show and to generate interest in the school. 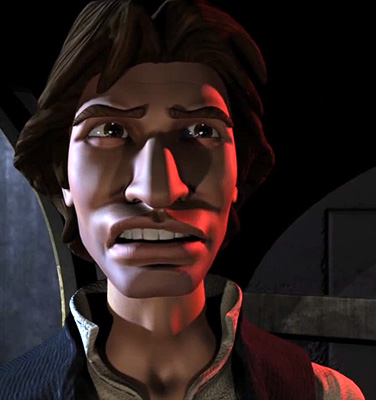 UNWINNABLE: How long did the project take?

DLS: It was 12 weeks of production. We came up with the story, wrote the screenplay, concept art, and storyboards before class started. About 4 weeks of prep.

UNWINNABLE: What has the reaction been with fans, since it’s been shown at convention(s)?

DLS: If we were on Rotten Tomatoes I’m certain we would have a 99% fresh meter. It is so overwhelming how positive the feedback is. You always hope to do something right that will resonate with people, but I am blown away from the response.

UNWINNABLE: You captured the relationship between Chewie and Han so well. How did you develop the story and characters?

DLS: I re-watched the original trilogy before I sat down to pen the screenplay. I took notes about key scenes that were instrumental in showing the relationship between the two and tried to focus in on words and cadence of speech that the two of them have. Chewie never has subtitles and you always hear Han say what Chewie said through his reactions. That was key.

UNWINNABLE: Have you gotten any kind of response from Lucasfilm?

DLS: We won the award that was sponsored by Lucasfilm and Atom.com so that was cool, but we also had the head director of The Clone Wars [Dave Filoni] tell us how great he thought the film was.

UNWINNABLE: How did you go about developing the visual style of the animation? Was it specific to this project, or something modeled after your overall design?

DLS: The design was lead by my co-instructor Jason Pichon. He was instrumental in creating the look. We were going for a stylized “Toy” Star Wars universe where the proportions are a bit more chunky and exaggerated. I always thought of our characters being 12 inch action figures come to life. 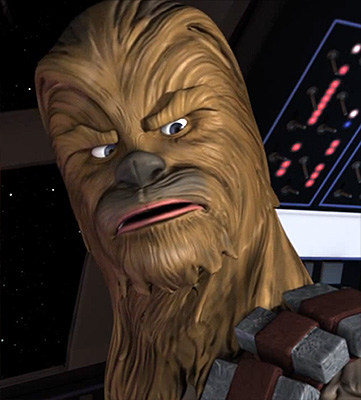 UNWINNABLE: What was the biggest challenge to the film?

DLS: Getting it done. 12 weeks is not a lot of time for this sort of production but we pulled it off. In stereo 3D none the less. Normally I’d spend 12 weeks on a 30 second commercial, but here we did 5 minutes.

UNWINNABLE: How important do you think fan films are to Star Wars as a whole?

DLS: Fan films are a great way for fans to embrace the canon and lore of a universe that they fell in love with. It allows us the audience who grew up with these films to show different takes and interpretations of familiar material. It also helps budding filmmakers to reach an audience who is already familiar with the material being honored. I thinks its great that Lucasfilm has an open door policy to something that many IP holders would send cease and desist letters too.

UNWINNABLE: With so much to play with in Star Wars, why this moment?

DLS: Well it was all about timing. We had Star Wars Celebration coming to Orlando and we wanted the DAVE school to have a presence there to recruit people who love sci-fi and want to be filmmakers. This was a great chance to show Star Wars fans what we do here and we had a great time doing it.

BONUS QUESTION (Highlight the below text to see the question. DO NOT read it, however, unless you’ve watched the film above, as it will spoil the ending):

Very few fans like Jar Jar. Making him the joke was a no brainer. What worried us was we found that Jar Jar has been put in carbonite before in some games and fan sculptures. It wasn’t a new joke but I still felt strongly that it felt like it would make a good humorous way to end the film while staying true to the spirit of the films.