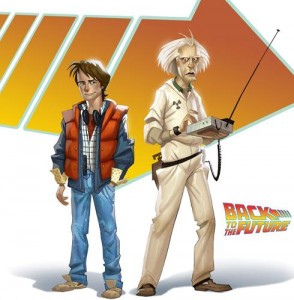 In case you haven’t gotten the memo yet, there’s something you should know:

Everything 80s is cool again!

From movies (“Transformers”) to TV (“90210”), the entertainment world is ripe with remakes, reimaginings and sequels to those flicks we loved so much as kids (those of us in our 30s, anyway).

Well, with the excellently crafted “Ghostbusters: The Video Game,” along with the rebirth of “Metroid,” it should come as no surprise that videogames based off classic 1980s fare are also popular once more.

This trend is apparently going to continue with a videogame based upon the classic “Back to the Future” trilogy.

According to Telltale Games, which also offered up a stylish image of the main characters that supposedly gives us a glimpse of what we can expect the visual style to be for the game, the new “Back to the Future” videogame will feature Marty McFly and Doc Brown (with Christopher Lloyd already signed on to provide his unique vocals to his signature character).

Unclear at this point what the plot would be, but it will undoubtedly involve some time travel, and perhaps a few life altering repercussions. Bob Gale, the writer who helped craft the original trilogy, is “consulting” with Telltale on the storyline for the game. Along with going “back to the future,” as well as the past, the famed 88 mph DeLorean will also make an appearance (despite having been destroyed in the final film – sorry to those who haven’t seen it). 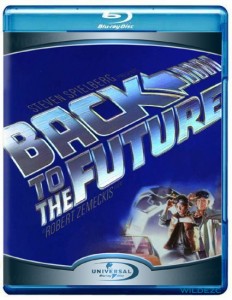 The press release doesn’t specifically state it, but it appears the game will be a downloadable, and will come out in five monthly installments. That’s pretty cool, honestly, because it will likely mean each part will end with a cliffhanger leading into the next part (at least it will if it actually remains true to the spirit of the original films).

The one disappointing thing here that is missing is the involvement of Michael J. Fox. Perhaps he turned it down, or perhaps his cost was too high. Either way, it would be wonderful if they managed to wrangle him in. A videogame series without his contribution would feel a little incomplete.

The game’s release will follow the Blu-ray debut of the “Back to the Future” trilogy in October. The release says winter, which could mean a November or December premiere. Anything later and they risk losing the buzz generated by the Blu-ray rollout.

1980s, Back to the Future, Christopher Lloyd, Michael J Fox

Scott Pilgrim vs. The World: The Game: The Review