And they lived happily ever after.

Well, perhaps the characters did, but it is rare that a viewer, reader or player is overjoyed by an ending.

Beginnings are full of mystery and promise. Middles are where all the action and drama lay, the meat of a story. Endings, though, are like a blank wall. They represent the moment we have to leave the fictional world we engaged with and have to find something else to do. There is also something disturbingly impenetrable about an ending. Like death, we cannot see beyond it – we can only wonder.

There is something disturbingly impenetrable about an ending. Like death, we cannot see beyond it – we can only wonder.

Sequels don’t count. Each fiction has finite borders and while a sequel may continue a story, it has its own beginning, middle and end. Moving from one volume to another creates a kind of dissonance – a new beginning is not the same experience we would have had if we continued walking along with those characters into the sunset.

For most stories, the joy is in the telling, but since the end is our exit, it can infuse the whole concoction with a note of bitterness. For some people, a bad ending can be poison. For me, this happens more often than not with Stephen King’s novels – how many just simply stop, or resolve with a convenient explosion of cleansing fire? Despite the fact that The Stand and ‘Salem’s Lot are gripping for the vast majority of their lengths, their awful endings invalidate the entire experience. Don’t even get me started on Lost.

Gamers have it slightly better; because games are interactive, there’s potential for a variety of endings based on happenstance or a player’s choices. They come in three basic flavors: success, failure and some mediocre middle ground between the two. Earlier this year, BioWare’s epic space opera Mass Effect 3 ran afoul of fans who thought its three possible endings didn’t adequately reflect all the choices that were made over the course of three very long games. Still, three possible endings are two more than you get with a book, movie or television show. 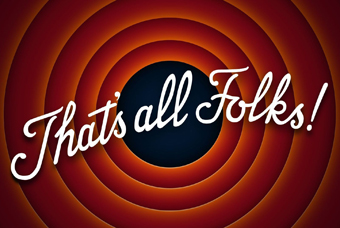 There are exceptions. The bleak uncertainty of John Carpenter’s The Thing is one of horror cinema’s most unsettling finales. Red Dead Redemption was about as perfect a revenge story as has ever been told. I count the conclusion of Michael Moorcock’s Elric stories, The Bane of the Black Sword, as the very best. Moorcock is an uneven writer and his Elric stories are no exception as they drift from dynastic dramas to psychedelic interludes and beyond. The very end, though, in a single line of dialogue, is so shockingly unifying – and satisfying – I have yet to find its equal.

Because a good ending is such a rare find – I can scarcely think of another worthy of mentioning – their approach is terrifying. There are only eight episodes of Breaking Bad remaining – what if they fail to thrill? There are two more volumes left in George R. R. Martin’s A Song of Ice and Fire – what if they leave more questions than answers? I can hear the howls of despair already.

Why do we wail so? Are we so sensitive to absence, is finality so grim, that a single page can outweigh the hundreds that preceded it? If on a hike we come to a cliff and don’t appreciate the view, we don’t rage at nature. We shrug and move on in another direction – and a new journey begins.

Stu Horvath still occasionally bitches about the way Lost turned out on Twitter @StuHorvath. You can’t always be thoughtful.