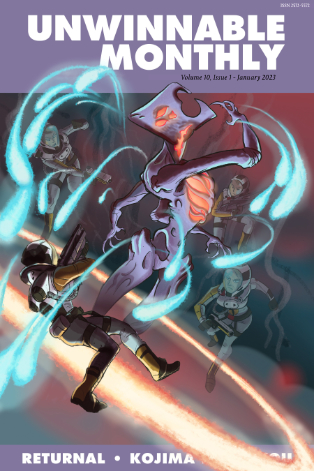 This column is a reprint from Unwinnable Monthly #159. If you like what you see, grab the magazine for less than ten dollars, or subscribe and get all future magazines for half price.

I’m kind of addicted to those end-of-the-year lists that tell you what good came out this year. Across the board, movies, TV, books, games, whatever . . . I’m digging into those lists to see what I missed. In general, I’ve missed a ton of stuff, but I’m always surprised that even though I literally write a column on hip hop, there are still so many great albums that flew under my radar every year. So, with that in mind, now that all the best-of lists have dropped, here’s a little wrap-up of potential classics I overlooked last year. 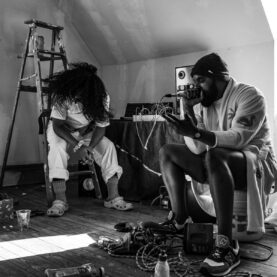 I won’t pretend to have heard of Infinity Knives and Brian Ennals before the BotY lists dropped last month, by goddamn, I am ashamed to have missed this one. King Cobra is hard, political rap over exciting, innovative production. No punches are pulled – no quarter is given. This is potent shit, but it varies sonically from the more aggressive, almost Death Grips vein of industrial hip hop, to some real soulful singing, reminiscing about your own past, to some strange, ‘80s synth-mania. Each artist gives the other room to breathe, with both the MC and the producer getting time to find a groove and roll with it. Infinity Knives and Brian Ennals are both in my list of folks to keep an eye on in 2023. 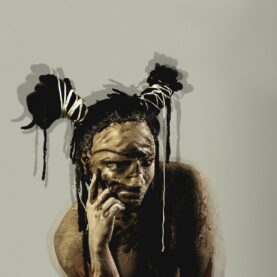 Whew, LUCI is a breath of fresh air! Juvenilia, the debut EP from the North Carolina native is a wild blend of rap, alt-rock and punk, full of dirty guitars, driving verbal rhythms and sing-songy hooks. The album feels textured, layered with expressions of vulnerability and truth. This is an exciting debut for a young artist, and while it’s kind of hard to pin down everything that is happening on Juvenilia, all I know is that LUCI has a voice that won’t be leaving my head for a minute. 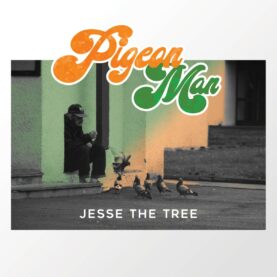 Among the many cities in the US that you don’t associate with hip hop, Providence is numbered. Nevertheless, like Seattle and Boston, there are gems to be found, and Jesse the Tree is proving something is happening in this northeastern hidden gem. Pigeon Man is full of knowing samples, classic flows and lyrics that feel real to Jesse’s experience. Having been to Providence a few times during my tenure in Boston, the album feels like the city itself – fascinatingly complex, creatively flourishing and criminally underappreciated. I’m not sure what other hip hop is coming out of Rhode Island, but I’m going to keep my ears out for sure. 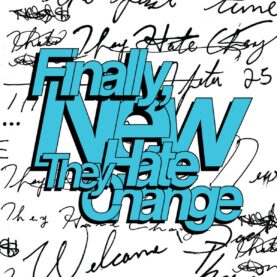 Now, transport yourself south, down to Tampa Bay, where the duo They Hate Change are revolutionizing hip hop sounds. They dropped Finally, New last May, and it feels like something we maybe haven’t heard before. Blending drum & bass, postpunk and grime (among some other UK genres I am less familiar with), Andre Gainey and Vonne Parks offer dance-floor beats full of that specific brand of Florida’s braggadocio not found elsewhere, but with a bit of non-binary flair thrown in for good measure. This is an exciting development from Florida for me as I haven’t heard much out of there that piqued my interest since Denzel Curry broke out, so I’m thrilled to see something this exciting popping up. 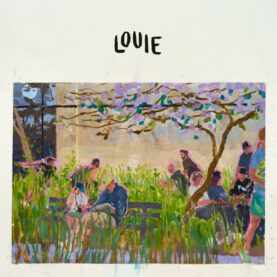 I’m disappointed that I somehow missed this dropping over the summer, because I’ve written about Kenny Beats a lot over the years. But now, I’m excited to write about a solo album of his because Louie is technically his debut studio album. Crazy for someone who has been around for over a decade and worked with some of the best MCs in the game, but here we are, and it was worth the wait. Primarily an instrumental pursuit, Louie is quintessentially Kenny, full of quippy samples and catchy sonic fragments – instrumental earworms that dig into your head and refuse to let go. Even though you only hear words from other artists, including JPEGMAFIA, Vince Staples and Slowthai, Kenny’s personality shines throughout, vibrating across the beats. While his work with other artists has been consistently excellent, Louie proves that Kenny Beats has something to say on his own and that you don’t need words to speak.