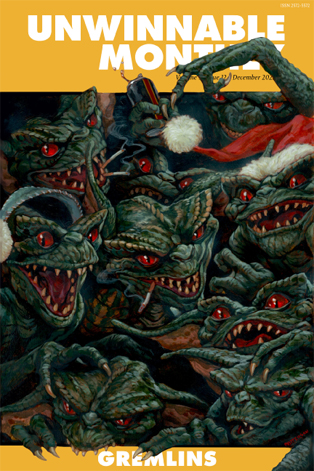 The word “gremlins” probably conjures up different imagery for different people, though the critters from the 1984 film are the most well-known. But whether it makes you think of lanky monsters you need to keep dry, or whatever the hell that furry thing from “Nightmare at 20,000 Feet” was, there’s one universal truth: gremlins make everything go wrong. But here’s the thing: while pop culture most often connects gremlins with machinery errors, they can wreak havoc in other areas. Even transforming action figure production.

Admittedly I’ve only been back in the Transformers collecting game for about seven years (after a very long hiatus through most of my late high school through post college days), but I’ve come to understand just how prevalent those symbolic little fuckers are in the toy industry. Some of these gremlins play the long game, as seen with what many collectors refer to as “gold plastic syndrome” (GPS) – an issue with metallic gold plastics, primarily from the 90s and 00s, that break down on a chemical level over time. There’s absolutely nothing you can do about GPS, other than prolong the inevitable.

Sometimes these toy gremlins hide in one particular figure for months or even years, eventually causing joints to droop and flop even if it’s just been sitting untouched on a shelf. One day you hear a commotion and find someone has inexplicably face-planted. Or worse, caused a cascading effect resulting in multiple falls. Sometimes you think everything is fine, then one day you rotate a hip and suddenly a whole-ass leg is just sitting in your hand.

Though as irritating as individual toy gremlins can be, it’s when they get into the production like (something more in-line with their original machinery superstition roots) that causes the most significant problems. Misassembled parts; fused joints; piece that break in the box; painting errors; imprecise plastic cuts; there’s so much that can go wrong on a production line and when it goes wrong on a large scale it can create a lot of friction between companies and their customers. Thankfully most of these problems can be fairly easily fixed with minimal tools and knowledge but having to perform plastic surgery on something brand new is still an inconvenience even under the most generous of circumstances.

And then there’s my most recent gremlin encounter – or to be more precise, third-party transforming robot toy manufacturer Mastermind Creations’ most recent encounter. To be clear, MMC is one of the best unofficial-Transformers-producing companies out there with some absolutely stellar designs and figures that often hit a sweet spot between accuracy, stylization, articulation and smart engineering. But hooboy did things go very wrong with their most recent release.

In short, the figure is a re-release of a previous (and excellent) toy but with a different color scheme and, most significant to me anyway, a new face sculpt. That face wasn’t the only reason I opted to trade my previous figure in, but it was definitely a factor. And yet, something went horribly wrong during production and now all (ALL) of the figures made were manufactured with the much more neutral (and less interesting, I think) original face instead of the new one. But the old face was also painted with the new face in mind. So, it ends up looking like the smirk was half-heartedly painted on at best, or that the paint on the face was smudged at worst.

Someone speaking on behalf of the company has stated that things are being looked into, and methods of addressing the problem for customers (and future productions) are being brainstormed, which is great! It doesn’t do much to help with the disappointment, though. And because the issue has affected the entire production – and due to the nature of toy manufacturing in general – it’s not going to be an easy (or quick, or cheap) fix.

Gremlins sure do suck.

Working for the Knife (and Being the Knife)