While buildings have been described as monstrous for centuries, people have generally been commenting on their outward appearance instead of something more sinister. The term tends to be synonymous with unattractive or perhaps even ugly. The fact of the matter, however, is that architecture has a dark side.

What defines a monster? When you look at most conventional depictions, you’ll see that monsters are nearly, but not quite human. This could be in terms of either body or behavior. Think along the lines of Medusa or Grendel. They might walk and talk just like us, but something about them is definitely not right. Medusa for example has a full head of snakes and Grendel pigs out on people. When you take this principle to its logical conclusion, you could probably say that monstrous architecture is about more than just buildings. The structures in question transcend their own construction materials, becoming truly terrible. I suppose the same could be said about architectural styles.

When I think about monstrous architecture, I immediately think of Neoclassicism. This particular style was invented in Europe during the nineteenth century to revitalize the sort of architecture that was favored by the Greeks and Romans, at least in theory. The reality is of course that Neoclassicism has very little to do with anything that was actually made by the Greeks and Romans, but the style certainly drew inspiration from this practically inexhaustible source. You might call this type of architecture a modern derivative. When it comes to the Greeks, they built in a variety of different styles, most notably Doric and Ionic. As for the Romans, they had several styles of their own including Corinthian and Tuscan. The main takeaway is that Neoclassicism can’t possibly trace a direct lineage back to antiquity because multiple styles of architecture were in use at the time. There isn’t a point of origin. 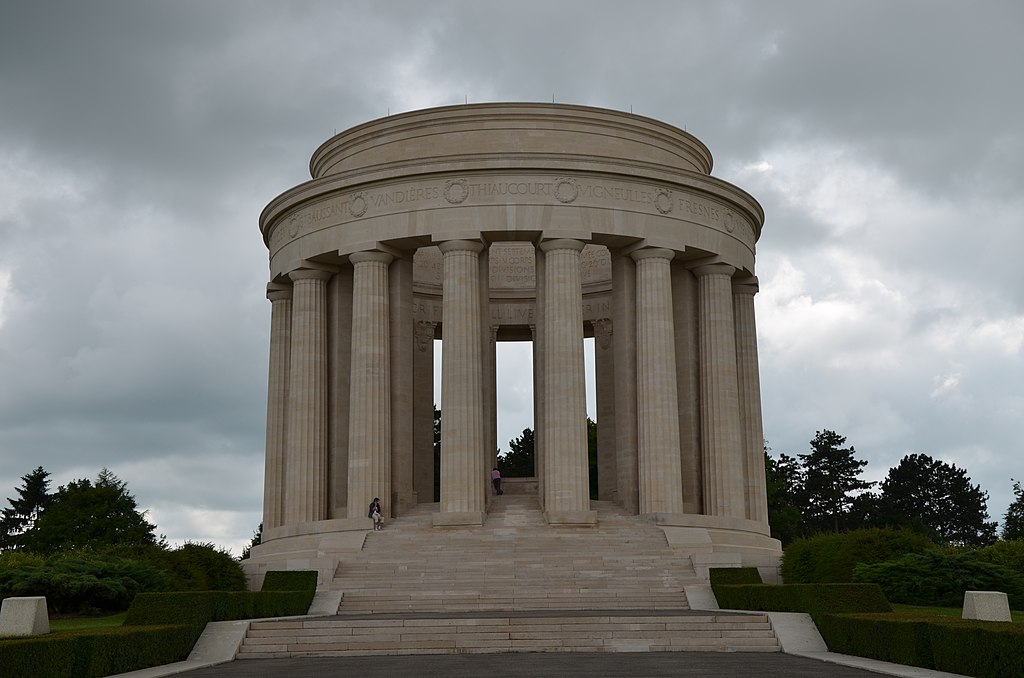 What you need to know is that Neoclassicism quickly became shorthand for Western. The nineteenth century is often called the Age of Orientalism for a good reason. Europeans were desperately trying to differentiate themselves from people in the Middle East and Asia, something which resulted in a rather dubious distinction between East and West. Neoclassicism played a key role in this process, becoming a sort of cultural touchpoint. Proponents took pleasure in placing the elegance of its unadorned surfaces into contrast with the ostentation of the Middle East and Asia. When methods of excavation became sufficiently advanced, Europeans found out that most of the buildings made by the Greeks and Romans were actually covered in color, but nobody really got to enjoy the irony. The response by curators at museums around the world was to launch a conspiracy aimed at preventing any of this knowledge from going public. I’m not even exaggerating. People for the most part are still under the false impression that everything was made out of gleaming marble.

Neoclassicism eventually made its way to America. The style soon took on a far more sinister tone, somehow going from bad to worse, disgusting to downright rotten. This didn’t happen overnight. The whole process took about a hundred years, reaching its current stage of development only a couple of decades ago. But first you need to know about World War II. The dictators Adolph Hitler and Benito Mussolini were incredibly fond of Neoclassicism, turning this type of architecture into an officially sanctioned style, mostly because they believed Neoclassicism to be distinctively Western. Similar to earlier supporters of the style, they considered this kind of architecture to be a legacy or perhaps even a heritage of the Greeks and Romans. Hitler and Mussolini believed that by carrying on the tradition, they were doing their part to promote the moral, ethical and cultural values of the West. Hitler had bold plans for Berlin, but Mussolini wasn’t far behind with Rome. The dictators naturally associated the style with race, most notably what they perceived as Caucasian. 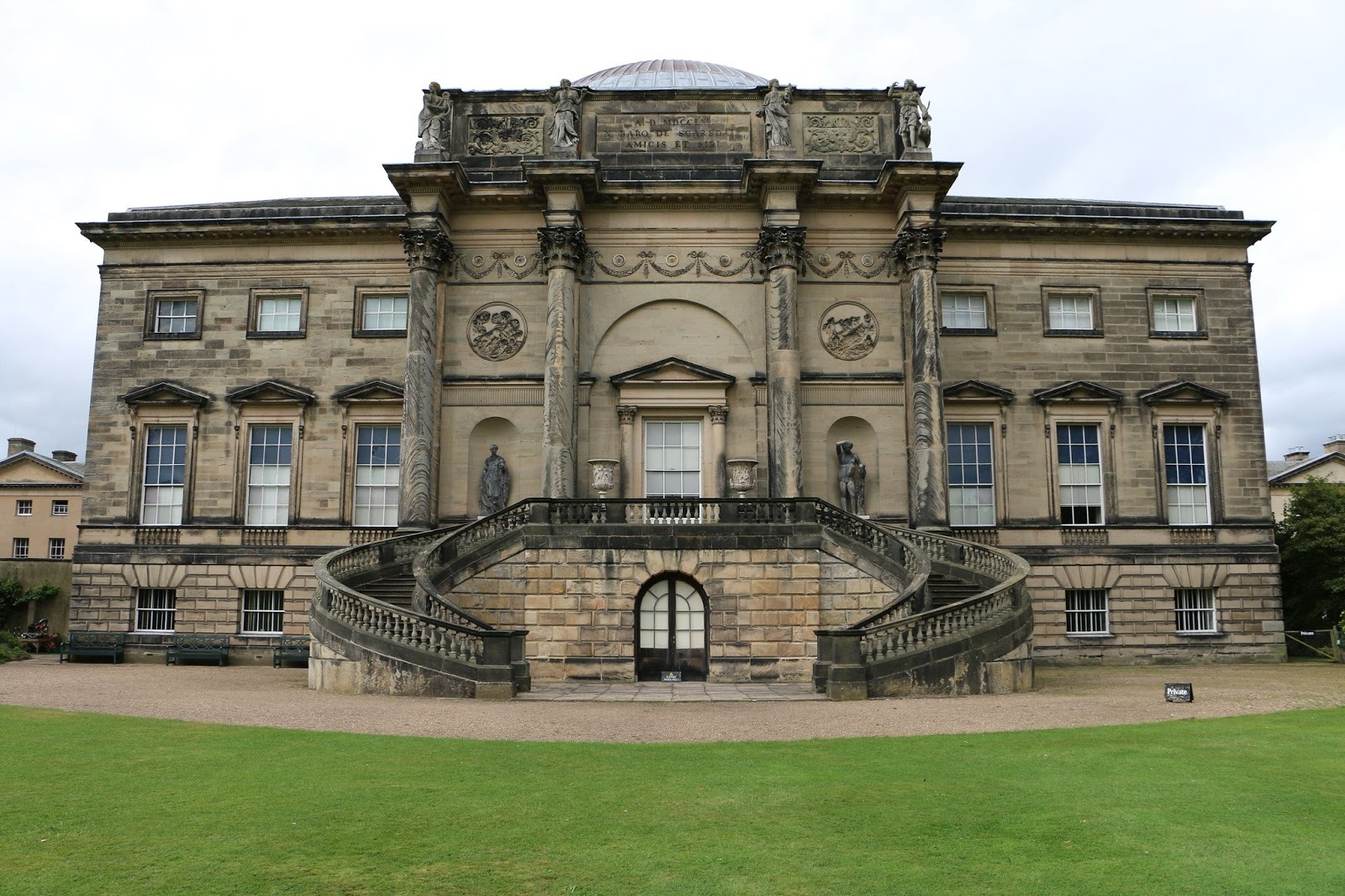 Americans have always been fascinated with Neoclassicism, but not necessarily for the same reasons. The interest was tightly bound up with Manifest Destiny back in the nineteenth century. Similar to how Europeans thought about Africa, presidents like James Polk and Andrew Jackson wanted to spread the supposed fruits of civilization across the continent, emulating the Greeks and Romans. There was no style of architecture better suited to representing this newly established national identity than Neoclassicism, buildings like the Capitol and Supreme Court providing perfect examples. The associations got even more malign a little bit later, becoming all about race after World War II, with Hitler and Mussolini helping things along. Neoclassicism has been steadily declining in popularity, so this type of architecture is rarely talked about in purely practical terms, turning the style into something of a dog whistle. When you talk about Neoclassicism these days, what you’re actually discussing is race. The style has been openly espoused by groups on the far right including many which are better left unmentioned.

The former president Donald Trump launched a program several years ago that was meant to establish the “classical architectural style” as the “preferred and default style” for buildings belonging to the federal government. The response was praise from people on the far right, but condemnation from anyone with even slightly left leaning politics. The aim was clearly to confine a large portion of people to the margins of society. Trump wanted to make the national identity all about the West, cutting anyone who isn’t “Caucasian” out of the picture. While the policy wasn’t explicitly racist, I doubt that anyone failed to get the point. This of course was in sharp contrast to the previous policy emphasizing a totally different type of architecture, Brutalism. This particular style was based on the socialist principles of openness and equal access. Brutalism shifted the focus from owners to occupants, moving the people who make use of buildings to the center of attention. Trump naturally hated Brutalism.

I guess you could say that a monster of a building is nearly, but not quite architecture. You’re talking about structures that have meaning beyond their construction materials, particularly in the negative. I think that Neoclassicism fits this description rather well. The style never actually had any positive connotations and became increasingly sinister over time, going from somewhat dodgy to entirely despicable. Neoclassicism by this point is nothing but a watchword for some of the most biased and bigoted people out there. The style sounds pretty monstrous to me.

The problematic nature of Neoclassicism provides a reminder that practically nothing is beyond politics. People have used architecture to push all sorts of different agendas in the past, mostly for the betterment of basically nobody. Structures have always been designed in such a way as to glorify their owners and architectural styles are just a part of this process. You could make the case that Neoclassicism for example is all about extolling what amounts to little more than a hateful ideology and the worst part is that you wouldn’t be wrong. This kind of architecture is definitely grand in appearance, but somewhat sick in substance. I think we finally need to move past Neoclassicism in the search for a truly socialist style that brings the best as opposed to the worst elements of society to the forefront, something like Brutalism.