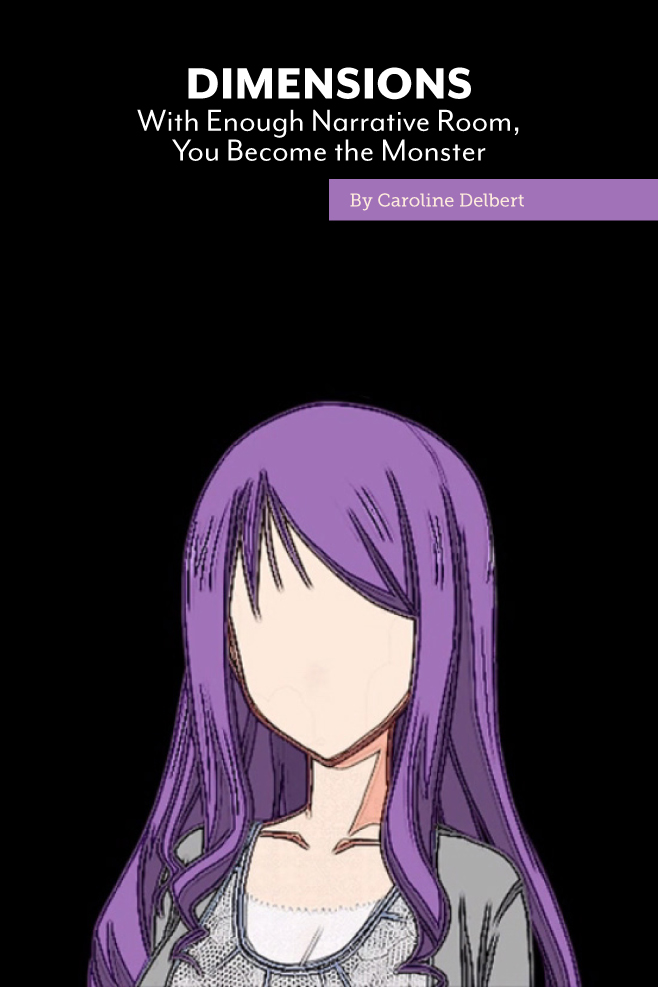 For ten years now, I’ve looked forward to each new year’s My Brother, My Brother & Me name. My favorite one ever is Twenty Grifteen, The Con Is On. But this month, another one is back on my mind: Frankensteinteen, Become the Monster.

The other day, I was discussing “monster theory” with Unwinnable’s editor in chief, David Shimomura. I’m not a scholar, so don’t mistake this for scholarship – David has a monster’s degree, but I’m just some jamoke. What’s interesting to me is the way monstrosity is a reaction to some set of rules. To be monstrous, you must be “other” in some way from the status quo. And what your status quo is, is mandatorily dependent on cultural context. Without the rules of culture, from the micro to the macro, there is nothing monstrous.

Rules, rules, rules. We’re swimming in a miasma of them at all times. They govern the air we breathe, the planet we live on, and most of the universe we live in. But that’s not all. Something I realized when I recently read Doc Burford’s 2021 essay you are capable of writing better horror stories is also intuitive once Doc has pointed it out. Rules are fucking boring:

“If you know that, hey, it turns out eating a carrot a day will keep you from becoming a zombie or even being attacked by zombies, then suddenly, all of those unknowns stop mattering. There are Rules now. If something abides by rules, and you understand those rules, then everything becomes a lot less uncertain, and as a result, it’s a lot less scary.

“It’s not to say that you shouldn’t have rules – but those rules should never, in my very firm opinion, rob the horror story of tension.”

Rules are often used as narrative stopgaps, stuff that makes sense in one scene even as it hews the story down a little more and a little more until nothing tense is left. But talking with David made me realize that some of the scariest monsters follow the rules almost exactly. Their concealment within the rules is what makes them frightening. The uncanny, the vampire or werewolf, the ersatz, the doppelganger, the sociopath. They’re all wearing the human suit.

So, when do you become the monster? Two indie games will help us explore the margins. 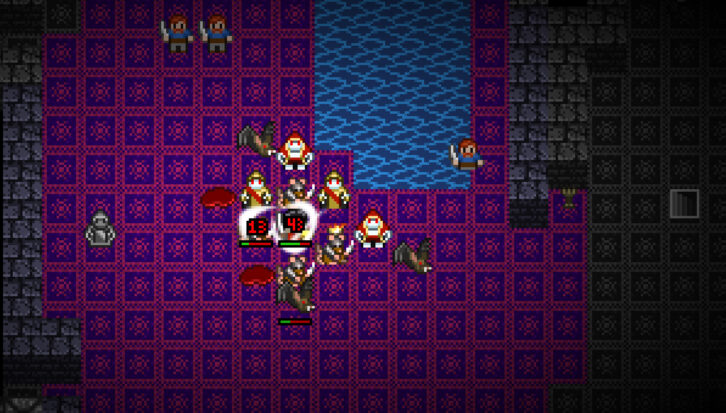 Jeremiah Reid’s 2017 roguelike game Golden Krone Hotel (GKH) is, by its Steam tags, a traditional roguelike dungeon crawler that is difficult, Gothic and horror. The evocative pixel art shows your character, a fighter in robes, who learns the ropes of turn-based combat during a brief tutorial in a hospital wing. And at the end, without ceremony, you become a vampire. The nurse says she tried to hold it off, but it was inevitable.

GKH has a small overarching story that explains why you’re in the hotel, but really, it’s not that kind of game. It’s a dungeon crawler where the difficulty increases until you face a final boss. But what I find most interesting about the game is that you transform back and forth, from a vampire to a human and back again, without any ill effects. The game drives you toward vampirism as your destiny, but the right potions can bring you back. As a human, you have access to more skills, and as a vampire, you’re more powerful in your attacks. There are other monstrous forms you can access briefly by using potions.

Reid has turned “wearing the human suit” into something more like the stat effects of changing equipment or armor. As Doc pointed out, these kinds of rules work to reduce the horror effect, in this case demystifying the transformation and exploring how it can even be good. In fact, Reid is surfing the inflection point between human and vampire as a way to force players to strategize how they will or won’t transform in order to progress through the levels of the hotel. And because of the game’s potions and mechanics, you’re never too far gone to come back again.

To me, all of this makes GKH a great metaphor – I know, I’m sorry. But it’s poignant to express that even our monstrous aspects can have power and positive impact when kept in context and used in moderation. What sets the Incredible Hulk apart from other superheroes isn’t his abilities or how much good he can do; it’s that he only transforms when he loses control. In GKH, that story is subverted by giving you back the power to choose. 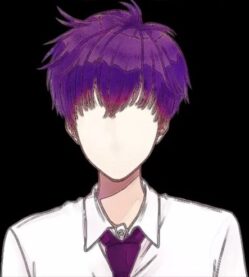 Melancholy Marionette is the pen name of a visual novel developer who specializes in stories of obsessive love. Her 2020 game Impostor is one of the purest distillations of yandere, a Japanese term for the “if I can’t have you, no one will!” spirit of Fatal Attraction’s Alex Forrest or Misery’s Annie Wilkes. Earlier this year, Melancholy told me she started making games because she wanted to see more “English voiced yandere dudes;” Impostor lets you choose a main character who’s male or female and offers two voice options for each.

Things start normally, with an attentive romantic partner who asks typical questions about your day. But they quickly flip on you and accuse you of being an impostor. What more poignant example is there of wearing the human suit than a literal impostor: someone who looks just like you, sounds like you, does what you do? More importantly, does an impostor that persuasive ever really exist – or do you just believe they do?

Impostor is a horror game, and it’s menacing to see how the main character plays out the story. Melancholy has made a clever choice by positioning the player as the impostor, because you literally have no idea! You really are an impostor. It’s a much more restrained version of iconic “fourth wall” visual novels like Doki Doki Literature Club or MetaWare High School Demo. People who play visual novels, myself included, are used to stepping into an unseen role and pretending to be the perfect partner. This time, it just isn’t working.

“Stepping in” and “pretending” . . . That sounds a lot like wearing the human suit, doesn’t it? I like all of Melancholy’s games, but this is why Impostor is my favorite. The main character may treat you in a frightening way, but they’re not wrong to suspect you, because you really are the monster all along. They’re just the confused spouse, and they resort to desperate means to try to make you reveal the truth. It’s debatable whether or not they’re a monster at all.

Something both GKH and Impostor reveal to me, as a player, is the latent power that lies in being recognized for who you really are. In GKH, considering yourself uncritically and without judgment lets you embrace the monster of your nature in order to keep fighting for your freedom. And in Impostor, the main character identifies you as the monster and works to eliminate you. You’ve gambled by putting on the human suit, but you’ve run up against a worthy adversary.

Both of these games also highlight a uniquely human fear, which is that of being replaced or cloned. The fear is so piquant that philosophers commonly use the idea of a doppelganger to help people embody and internalize thought-provoking questions. You know the trolley problem, sure; but what if the people on the train tracks are all copies of you, with all of your thoughts, memories and feelings? You’re definitely the monster now, and it’s time to pull the lever.

This brings us back to the small spark of otherness. If what’s monstrous is the other, then it makes sense that what’s most monstrous is almost undetectable. In the series finale of Sex and the City, a character says something about haute couture that I think about a lot: “If it doesn’t fit perfectly, it’s a disaster.” And sure, that’s intuitive. I get it. But with the human suit, it’s much more frightening to imagine that it does fit perfectly after all.