I’ve written about this before, but I was relatively late to liking hip hop in my life. I was pretty sheltered as a kid. I mean, not totally sheltered, like some sort of prepper in Idaho, but culturally, my parents didn’t let me access a ton of popular culture. My dad still listens to classical music pretty much exclusively. I didn’t really start understanding the genre until I was 20 or so, but I think 1997 was the year that hip hop finally broke through even to little old me, starting with, of course, the one and only Fresh Prince. 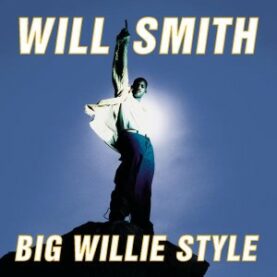 I didn’t really watch The Fresh Prince of Bel-Air, I missed Bad Boys, and I definitely hadn’t listened to anything DJ Jazzy Jeff & the Fresh Prince put out, but when Will Smith dropped his first solo album in 1997, I was on board! Well, me and like 300 million other people. Listening back to Big Willie Style for the first time in probably 24 years, I can’t help but see why we were all so hype. This is a fun, bouncy piece of pop entertainment. The lyrics aren’t the most inspired, but Will Smith’s flow is talented enough to hold them together. Even though the production sounds a bit dated at this point, it’s still full of bangers front to back. Add to that the fact that the Fresh Prince was on a movie tear, dropping Bad Boys, Independence Day and Men in Black back-to-back-to-back over previous three years, and it might seem like 1997 was the pinnacle of Will Smith’s career. Really though, it was just the start of a 25-year plateau at the top. 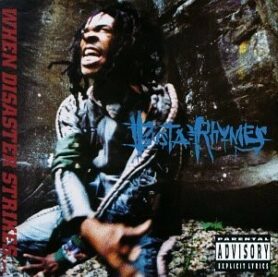 I vividly remember hanging out at my best friend Dan’s house back in 1997, watching the music video for “Dangerous” and just vibing. Hip hop music videos from this era were enamored with the fish-eyed lens, and Busta was no exception, but dressing in white face was a strange and frankly hilarious addition that I don’t remember seeing in other music videos from the 90s. But even outside this certified banger, When Disaster Strikes… is Busta at his strongest: aggressive, lyrically dense rhymes over classic, East Coast beats, a hefty dose of comedy and a little bit of consciousness laced across 72 minutes. I’m not sure how Busta’s more recent music has been received, but his output in the 90s shows why he is one of the revered elder statesmen in the genre. 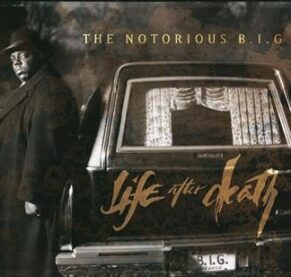 Speaking of fish-eye lenses, the music video for “Mo Money Mo Problems” was ubiquitous in my little, 11-year-old, middle-of-Illinois world. I was very concerned about getting rich, but it turns out that never really ended up being an issue in my life. I know I’m not the first person to say this, but I do like Ready to Die better than Life After Death, but Biggie’s first posthumous album was the one that burst into my world first. Even though his first album is better, I can’t deny that Life After Death has too many hits to not be considered a classic – “Hypnotize,” “Going Back to Cali,” “Notorious Thugs,” “Ten Crack Commandments.” But the fact is, it would be a much stronger album (and potentially better than Ready to Die) if Puffy had cut the fluff and just kept the hits. A double album is just too much music, and even though this was supposed to be the final, grandiose statement for the Notorious BIG (I tend to ignore the other posthumous albums), it feels a bit bloated to top the best debut of all time. 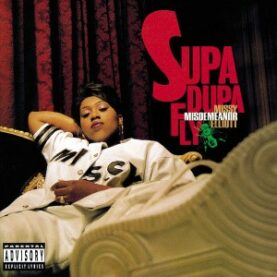 Busta Rhymes opens up Missy Elliott’s debut, Supa Dupa Fly, but is so quickly overshadowed you almost forget he was even there until he pops back up on the outro. In between, Missy proves that her debut competes with anybody else dropping music in the ‘90s. It also acts as a showcase for Timbaland who produced the whole thing with his signature funk and rhythm. While this album wasn’t as prominent in my life as the previous three, Missy Elliott was definitely still on my radar back then, if only for being one of the only women to break through doing it at that level in the ‘90s. Now, I clearly recognize that she is one of the best braggadocio rappers to ever do it. Listening to Supa Dupa Fly now, I really wish this had broken through to me back in 1997. I guess I’ll have to settle with it breaking through now. 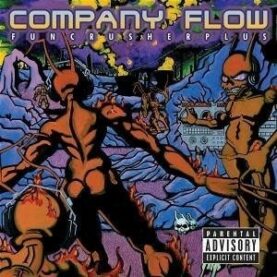 Even though Missy’s debut wasn’t as much on my radar as Biggie, Busta and Will Smith, you know who really didn’t make it to an 11-year-old in central Illinois? El-P. But his debut album with his first group, Company Flow (alongside Big Juss and Mr. Len), is one of the best albums of 1997, if not of all the 1990s. Funcrusher Plus is a landmark independent album, full of obscure samples, intricate, surreal lyrics and, frankly, just plain odd beats. Although Soundbombing dropped only a couple months later and was potentially more influential on the sound of underground NY hip hop at the time, Funcrusher Plus is the actual debut of Rawkus Records, one of the most important labels in the history of underground hip hop. Shame that I wasn’t aware of them at all yet. Well, probably not a shame really. I don’t think they cared too much what 11-year-old Noah thought.

As a quick coda, you may notice that everything I talked about here is from the East Coast. I certainly wouldn’t want to imply nothing was happening in the rest of the country at this point. Atmosphere dropped their debut in ‘97 and Eminem dropped his first EP. Outkast was in the midst of their god-tier run between 1996’s ATLiens and 1998s Aquemeni, 8ball and MJG dropped, Lyrics of a Pimp, Lil John popped on the scene and Birdman was solidifying the New Orleans sound with the Hot Boyz. On the west coast, Dr. Dre was cooling out a bit after Tupac’s death, but Warren G, Ice Cube and MC Eiht all dropped solid releases and, of course, Tupac released a posthumous album, R U Still Down?

But, looking back, there was a reason four out of five of these albums reached me in the Midwest, and that’s because for each of these albums, there is at least one more classic east coast hip hop album from 1997. Jay-Z and the Wu-Tang Clan both dropped their second albums, Jedi Mind Tricks dropped their first, Capone and Noreaga released The War Report, and Aesop Rock (technically east coast, I think) debuted with Music for Earthworms. But ultimately, I think the east coast broke through because Puff Daddy ran the MTV game, and that was the avenue to middle America.

Finding The On-Ramp To Route Zero