This is an excerpt from a feature story from Unwinnable Monthly #154. If you like what you see, grab the magazine for less than ten dollars, or subscribe and get all future magazines for half price. 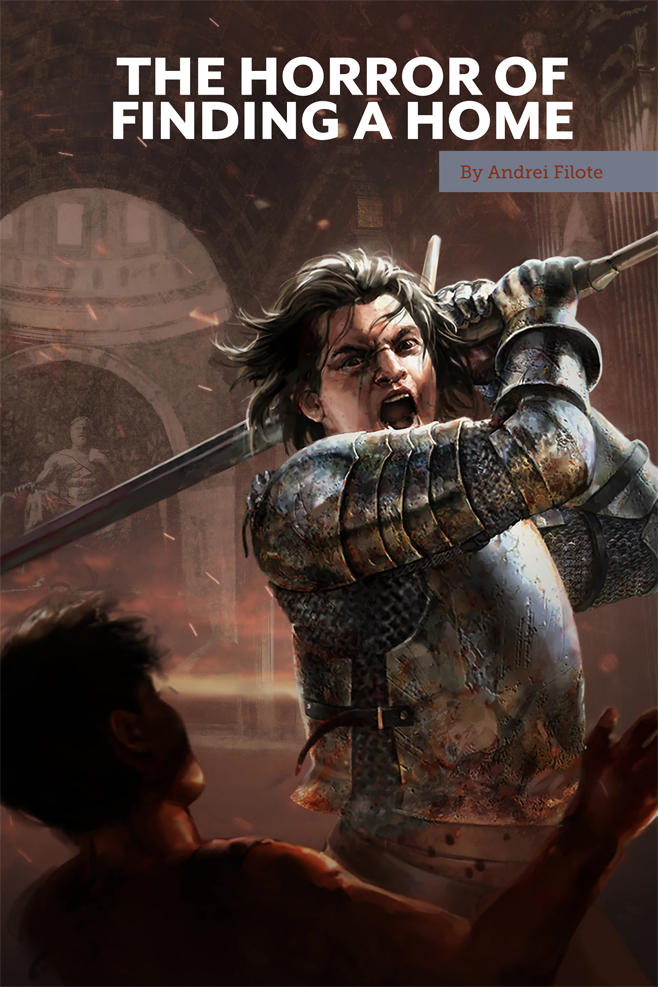 A weapon of mass destruction came to us in the fog of prehistory. We can’t really know how it came to be, this hideous and hateful force of many heads and yet one mind. Throughout history it erased cultures, plundered their wealth, enslaved their children and passed itself down. It brought about the end of languages; it delayed the progress of mathematics for about a thousand years. It was a culmination of technology, statecraft and war. Genghis Khan and his heirs used it to kill fifty million people. In other times, millions died to recreate it. To the beat of drums, to the roll of tank treads, to the blast of artillery, humanity went under the hammer for its sake. They called it Empire, whose science is the management of human livestock, whose crop is the wasteland.

Beat after beat in Path of Exile comes down to the horror of Empire, something the game examines in the cursed land of Wraeclast, a graveyard of predatory civilizations. The protagonist is banished to Wraeclast by the corrupt justice of a nation and there finds the still living corpse of another. And beneath that one, another still, and so on to a prehistoric time of evil gods that the younger empires were emulating. History iterates, too. We wonder: will this one last? Should it? Our previous life remains a vague outline. A notion of sin, or at least crime, hangs about our neck. Did we earn it? The sinister odyssey that follows smothers any doubt.

The action RPG premise asks us to arm a body with equipment and magic skills. The greater the synergy, the greater the damage. But as each foe we kill has only a miniscule chance to yield the gear we need, we’re forced to devise a mass killing routine. We are not, like our hero cousins, an apotropaic force arriving in the nick of time. If anything, the eponymous exile resembles a virus, a being that seeks to verify whether it is fit to consume its new environment. It usually isn’t. A new one arrives, waking on sea foam.

To survive we rely on thaumaturgical skill gems, dense concentrations of energy harnessed from human sacrifice. The ancients would fit them into their flesh, achieving immortality. The practice worked so well that they still shamble in the streets, their spirits yet rage in torment. The more timid prisoner we inhabit is content to socket their gems into their equipment. But the idea is there, one of the first introduced, that our current power descends from the holocausts of another generation, a hand me down. 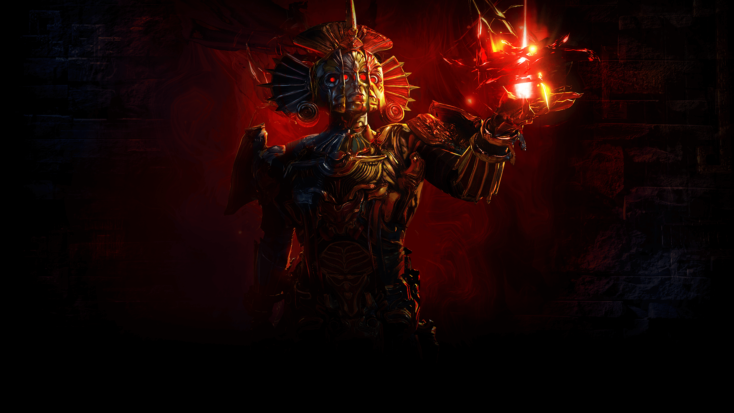 We can find no commentary more incisive. Alchemical orbs rendered from the same source make up the only currency. Literal blood money, they grant the ability to change reality. Provided we have them in the right quantity and quality, we can transform a blank item into a tool for killing gods. But we can’t control the metamorphosis. Applying a Chaos Orb can save an item, but it can also erase its only useful property. Our resources imply the random effect of violence, and there are few means to blunt them, but the crafting process depends on leveraging these cushions at every stage.

It must be said that playing Path of Exile invariably leads to third party resources such as, wikis, damage calculators, data aggregators, leveling optimizers and guides. The player alchemically connects insight to insight and shaves an hour off the time it takes to level up. The difference matters. The game doesn’t end when the story concludes but when the player’s will to imagine the next character fails. Seeking pre-existing knowledge is practically compulsory, but it’s also the explicit text, as each empire found their apex atop the wreckage of another.

You see, the true veteran is an iteroparous fiend with a ledger, a marauding accountant. Making good decisions requires that we understand the numbers, which requires that we play them out attempt after attempt. The world is deadly. Not just in the narrative. It resists our knowing it but punishes our ignorance. Everything from the first miniboss to the infamously dense skill tree tells us: “I don’t care about you,” in that enviable way that titles with niche audiences do.

That disregard has a touch of the terrifying indifference that the universe has for its inhabitants. We’re owed nothing, guaranteed nothing, so if anything must give it is only because we compel it. That spirit runs throughout but forms the explicit theme of the endgame. When we’ve finally put man, emperor and god in their place, we’re given a portal into a wider universe, an atlas of many different worlds accessed through special maps resembling the locales we visit in the campaign. All of these worlds are hostile, but they also express a human dream of conquest. The machine we use to travel them lets us edit their properties, but only through the sacrificial gems that history’s monsters have distilled. We too reach our apex on the back of a dead empire.

Andrei Filote lives somewhere between the Alps and the sea. He writes about all things games and really wants you to play Disco Elysium. Follow him on Twitter @letominor.

You’ve been reading an excerpt from Unwinnable Monthly Issue 154.