This is an excerpt from the cover story of Unwinnable Monthly #151. If you like what you see, grab the magazine for less than ten dollars, or subscribe and get all future magazines for half price. 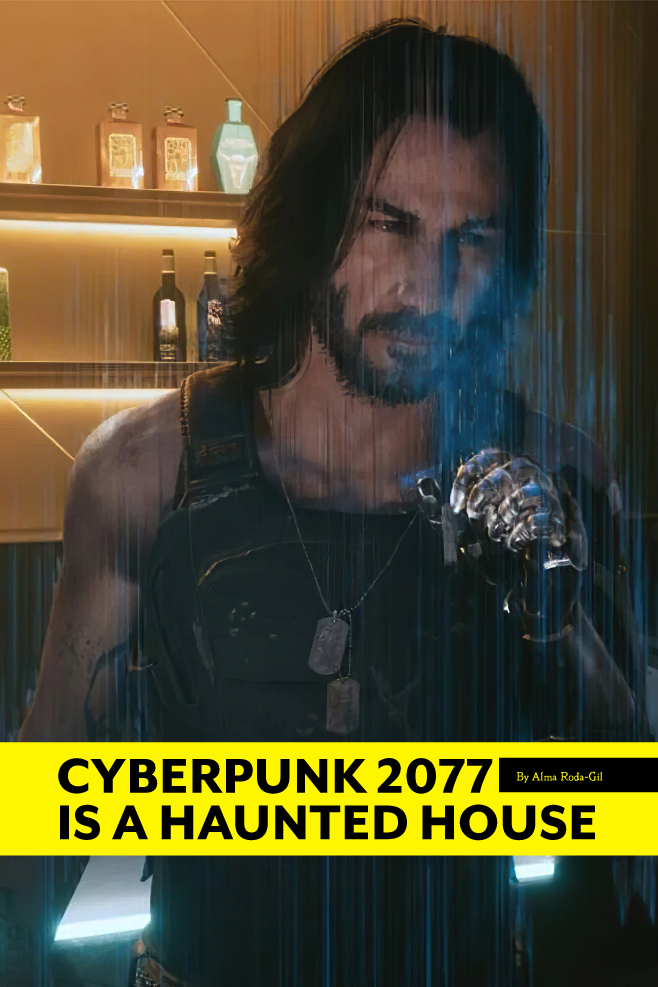 With the release of Patch 1.5, Cyberpunk 2077 has accomplished the near-impossible: a return from the proverbial dead. Coming a year and two months after the game’s original (and disastrous) launch, it revamped the game’s AI systems, updated combat and incorporated numerous features that had been missing.

Strong reviews praising all the additions paired with a half-off sale price were a siren song I couldn’t resist, and I finally bit the bullet and booted the game up for the first time, thinking I had settled in for a fun, no-thoughts-head-empty RPG with cool neon signs.

I couldn’t have been more wrong.

If anyone had told me when the game first released, broken and near-unplayable, that I’d be here in 2022 singing its praises, I’d have laughed in their face – surely there was nothing more to Cyberpunk 2077 than edgy marketing and an empty, soulless open world.

Part of the problem, I think, is that developer CD Projekt Red has put such a strong emphasis on the open-world nature of the game when marketing it, leading people to expect a Witcher-style adventure with hundreds of hours of sidequests and winding paths. But at heart, Cyberpunk 2077 is really one story, and that one story is one of my favorite pieces of storytelling I’ve seen in a game in years.

When the game starts, you’re playing as V, a mercenary who can have one of three backgrounds depending on what you chose on the character creation screen. (n.b.: While you can choose to play as a male version of the character, I personally played female V, so I’ll refer to the character with she/her pronouns.) No matter which background you chose, though, the same thing ends up happening at the end of Act One, which serves as the game’s prologue: as a result of a heist gone wrong, V is shot in the head and dies.

This is when the title card finally drops, and where the story truly begins. 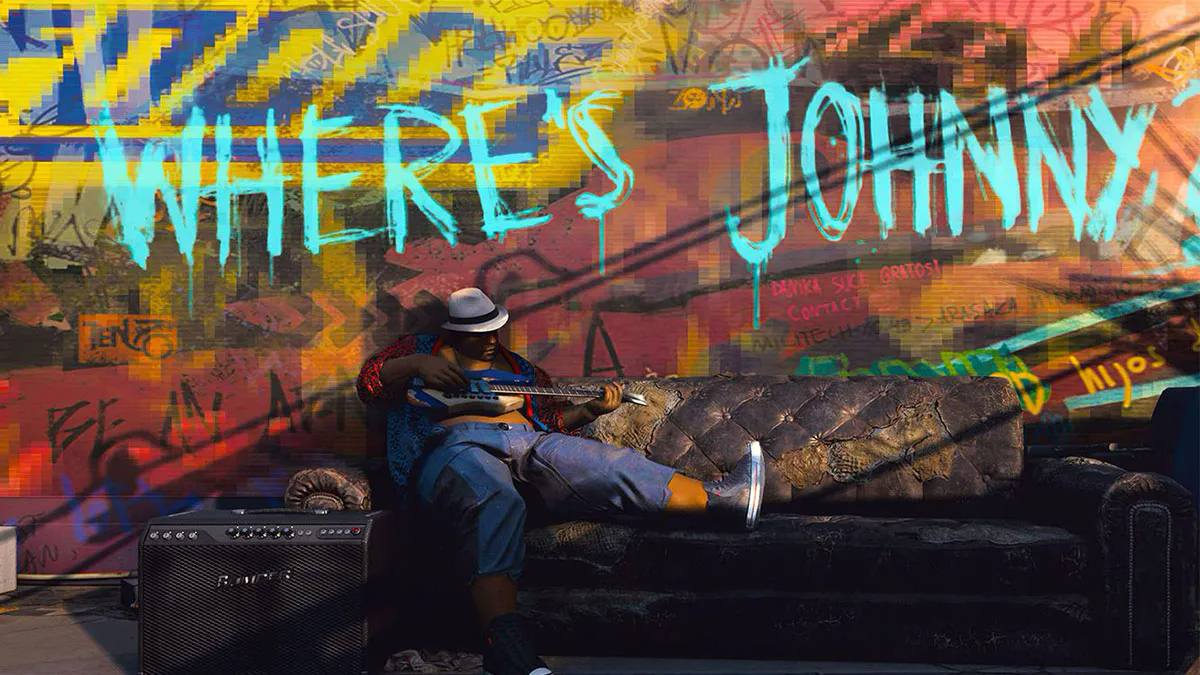 The next sequence is an interlude, somewhere between Act One and Two and between life and death; instead of playing as V, the player controls another character, and that’s when we finally get our first glimpse of Keanu Reeves as rock legend Johnny Silverhand. Even though we know very little about Silverhand at this point, it becomes apparent very quickly that the sequence of events we’re playing through won’t end well: he’s playing his last show before going on a doomed mission to take on Arasaka, one of the main megacorporations present in Cyberpunk. The sequence ends with his death at their headquarters.

It’s impossible to know this when playing for the first time, but the thesis statement for the game is right there, in that interlude sequence: Cyberpunk 2077 is about the dead, and they have been dead since the beginning.

Early on in Act Two, fresh off crawling out of her own shallow grave in a landfill site, V gets some alarming news: she’s being haunted, and she’s dying. The object she was hired to steal in the heist mission, a chip she ended up inserting in her own head as a last resort, is what’s called a personality construct; Johnny Silverhand was uploaded onto it by Arasaka

after his death, and now he’s in her head. We find out then that the interlude we saw after V got shot in the head wasn’t just a flashback we were shown – she saw Silverhand’s memories with her own eyes, walked through them with her own two feet.

“People don’t just die and then get up like nothing happened,” V protests when she is told this by her doctor, and she’s right: the chip is slowly overwriting her consciousness, targeting her brain cells like they’re a tumor that needs to be scooped out. In saving her from death, the chip began a process to turn her body into an empty shell, a host for the personality construct. She could, of course, take the chip out— and die immediately.

This kicks off a race against time and sets the plot in motion: now V must find a way to save herself, all while dealing with the ghost of Silverhand only she can see. 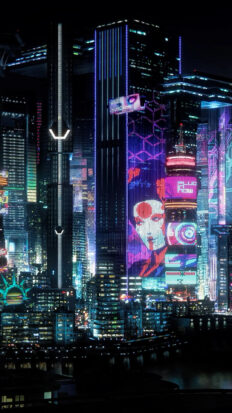 As V traipses around Night City for answers (and sidequests), she also starts seeing something else: multiple instances of strange graffiti, which upon closer inspection turn out to be stylised tarot cards. This isn’t just a cool easter egg or a side collectible – there’s an entire menu section dedicated to the cards – but the symbolism of the cards can be easily overlooked if it’s not something the player is knowledgeable about. Evidently, CDPR knew this, and wrote in a sidequest where V visits Misty, the goth owner of a witchy esoterica shop in Night City.

Misty explains to V that she is represented by The Fool, which is the first card she finds, by her apartment. In tarot reading, The Fool represents the start of a journey, and the other Major Arcana cards represent the path the journey will take – all of the other cards will pop up at meaningful locations and moments in the game’s story.

Up until the start of Act Two, I wasn’t entirely sold on Cyberpunk 2077. I liked the gameplay alright and while I thought what I’d seen of the city was cool, I still saw it as a game I’d pick up casually to pass the time. But the introduction of the more occult themes changed that for me completely. Despite everything I’d heard about the game before playing it, I had no idea that it was about ghosts at all; I just knew that Keanu Reeves eventually showed up and also I could have robot arms if I wanted.

Obviously, your mileage may vary on those themes, but I personally love anything that revolves around ghosts, both literal and metaphorical, so I was obviously all in when it became clear that that was where the story was headed.

The whole story, as stories about the dead tend to be, is full of hauntings.

You’ve been reading an excerpt from Unwinnable Monthly Issue 151.

Body Image and Self-Loathing in Centaurworld

Why Aren’t There Treasure Chests in Demon’s Souls?