This is an excerpt from a feature story from Unwinnable Monthly #149. If you like what you see, grab the magazine for less than ten dollars, or subscribe and get all future magazines for half price. 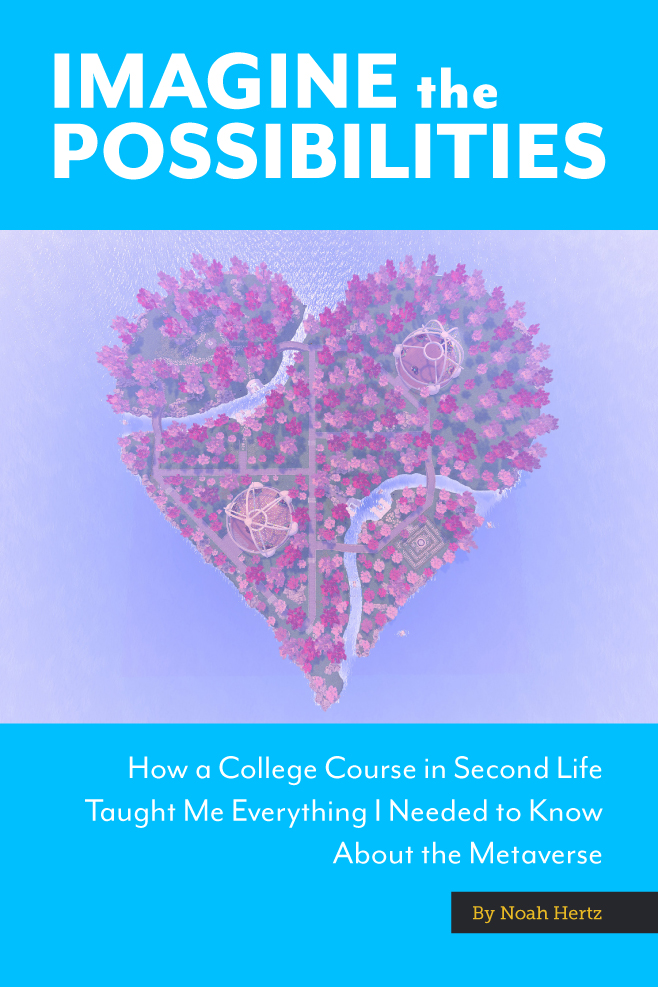 Much of the bluster surrounding the metaverse is a load of hooey. From articles fawning over weddings in the metaverse to declarations that it will change the very structure of the internet as we interact with it, I can’t help but feel like we’ve been here before.

And frankly, that’s because we have.

Remember Second Life? Developed by Linden Lab and first unleashed on the world in 2003, Second Life was once a ubiquitous shorthand for weird shit computer nerds enjoy. From documentaries examining the lives of players to a reference on The Office, to news stories about players getting married in the game – and other games, like World of Warcraft – this proto-metaverse was everywhere.

When I hear excitement over the supposedly revolutionary changes the metaverse will bring to the internet and our lives, I can’t help but sigh, because I got a taste of it myself.

In 2016, I was a college freshman determined to burn through my required general education classes as fast as possible. These basic courses, like entry-level science and math, were standing between me and the more interesting history and politics classes I was in college to take. I worked hard to maximize the number of credits each class got me, often taking classes that satisfied multiple requirements so I could get to the good stuff.

So, when an advisor told me I could knock out my required lab science and computer competency credit in one course, I jumped at the opportunity.

“Have you ever heard of Second Life?” she asked me. 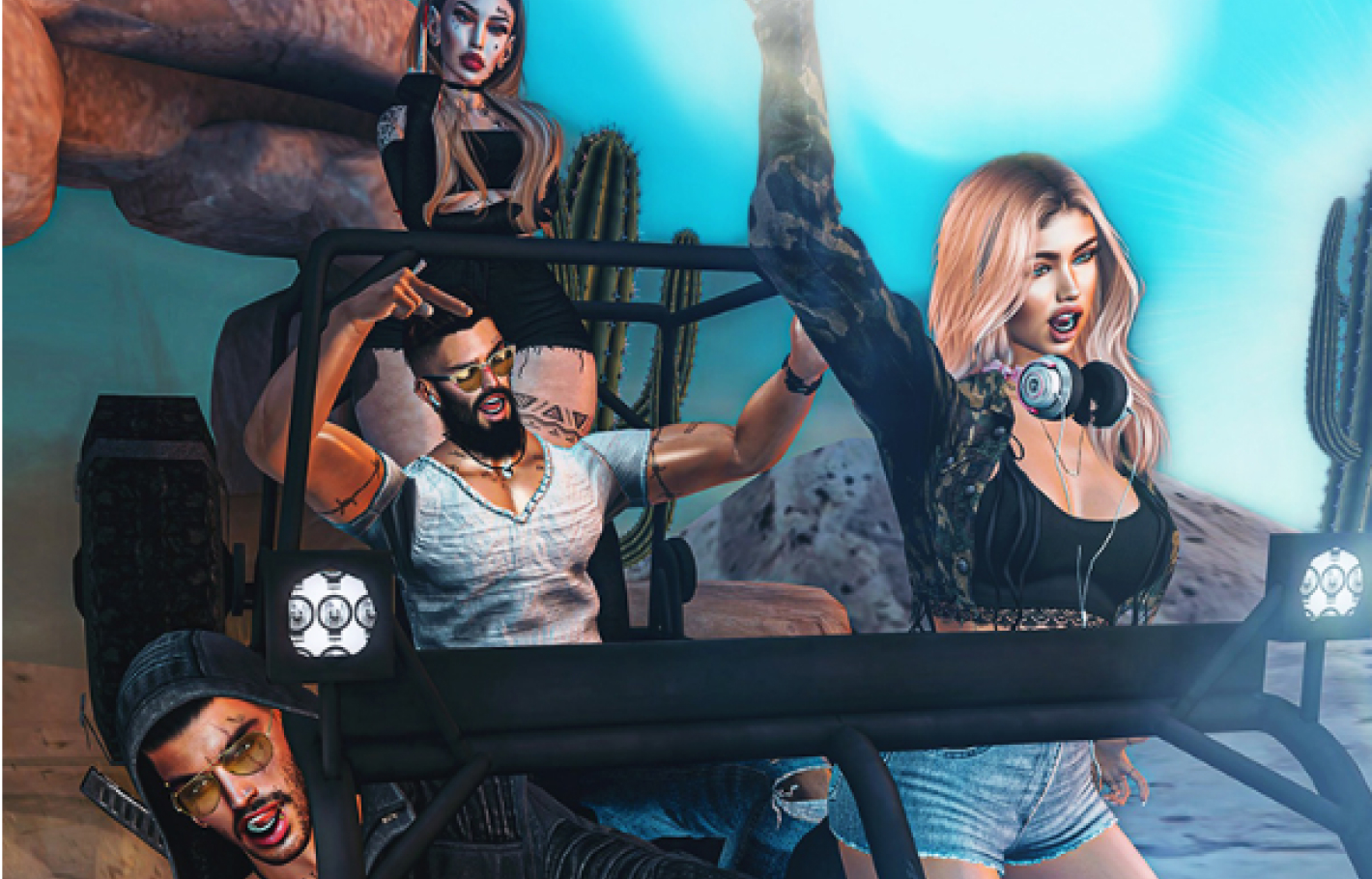 I laughed. Of course, I had heard of Second Life. I had grown up hearing about people buying expensive homes, not on multi-acre lots, but on Second Life servers. Once a week, she explained, I would log onto a Second Life server, participate in a chemistry lab, do some “activities,” a brief quiz and boom, I could go take that Political Philosophy course I’d been eyeing.

I dropped $150 to get access to a specialized Second Life server operated by the company CNDG which specializes in building academic spaces in the virtual world. By taking advantage of the immersive world – not to sell real estate or hold board meetings – students less interested in STEM, like myself, could get some hands-on learning. The class, a chemistry course with a CSI flavor, was centered around solving a murder mystery based on a real murder that happened not far from my university. What followed was a semester that taught me absolutely nothing – not even the metaverse – can replace real human interaction. Here are some of the highlights.

The course began with a tutorial on an island separated from the rest of our Second Life world. A representative from CNDG presided over me and a bunch of default-avatar students stumbling around, learning the controls. We learned to walk, chat with one another and open a dated-looking in-game PDA where we would take quizzes. Oh yeah, we could fly, too, but that wasn’t a focus of the course.

We were encouraged to customize our avatars so we would connect more with our Second Life representation of ourselves. Scrolling through my options for decking out my character, I started to see pre-set options like “vampire” and “werewolf.”

In the chat window I asked the representative, “I see that there are non-human options for character creation. Can I be a werewolf?”

“Hi Noah!” they responded. “Some professors have a ‘humans only’ rule in their classrooms and labs.” In hindsight, maybe I should have asked my professor if my class did.

Before I could take the quiz that marked the end of the day’s lesson and stop using Second Life for the week, the course dictated I participate in a number of in-world activities. To CNDG’s credit, the world they built was not just a default Second Life portal, but a unique area where I could wander from the lab to other areas.

One such area was the movie theater where I was supposed to go watch a lab safety video. The day’s quiz would be centered around the contents of the video. I entered the movie theater and took a digital seat in front of a screen with a cleverly embedded YouTube video.

I clicked the play button and was met with an error. 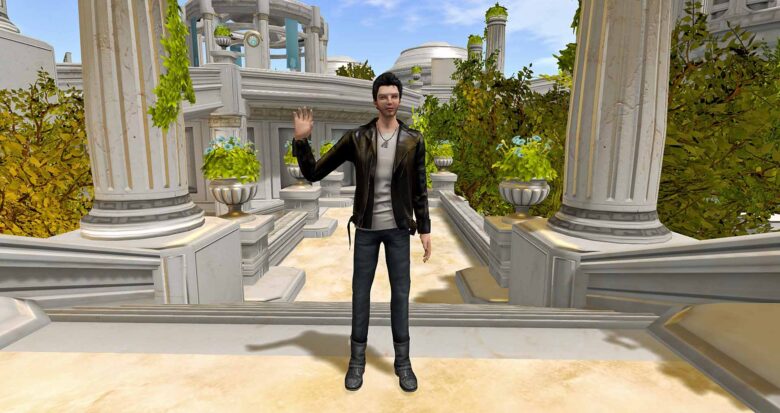 Because of the quiz the info in the video was essential to me, so I was forced to open the video outside of Second Life, watch it in my web browser and go back to Second Life to take the quiz on the video’s contents. Bouncing from window to window, breaking the immersion of my Second Life class, I returned and took the quiz. I learned to not inhale chemicals directly and to always wear goggles in the lab.

Some lessons took place, at least partially, in a virtual laboratory, designed in Second Life to look like a real crime scene investigation lab.

One particular lesson required that I put some virtual item into a virtual centrifuge for some virtual reason. When I walked into the lab, though, I noticed a problem – my virtual character’s virtual clothes had disappeared.

No, I hadn’t done it on purpose. It would have been funny, sure, but I didn’t do it. My Second Life character doll was Ken-doll smooth and hardly fit for a classroom that required me to put on a virtual lab coat and goggles before beginning the day’s experiment.

“I’m not doing this on purpose, I promise,” I quickly messaged to our Second Life lab assistant.

I walked my character over to the supply closet and donned my goggles and lab coat over my default tuxedo and began the chemistry lesson.

Noah Hertz is a certified Florida Man, a reporter, writer and one half of the Press START podcast. Follow him on Twitter @noah_hurts.

You’ve been reading an excerpt from Unwinnable Monthly Issue 149.