This is an excerpt from the cover story of Unwinnable Monthly #149. If you like what you see, grab the magazine for less than ten dollars, or subscribe and get all future magazines for half price. 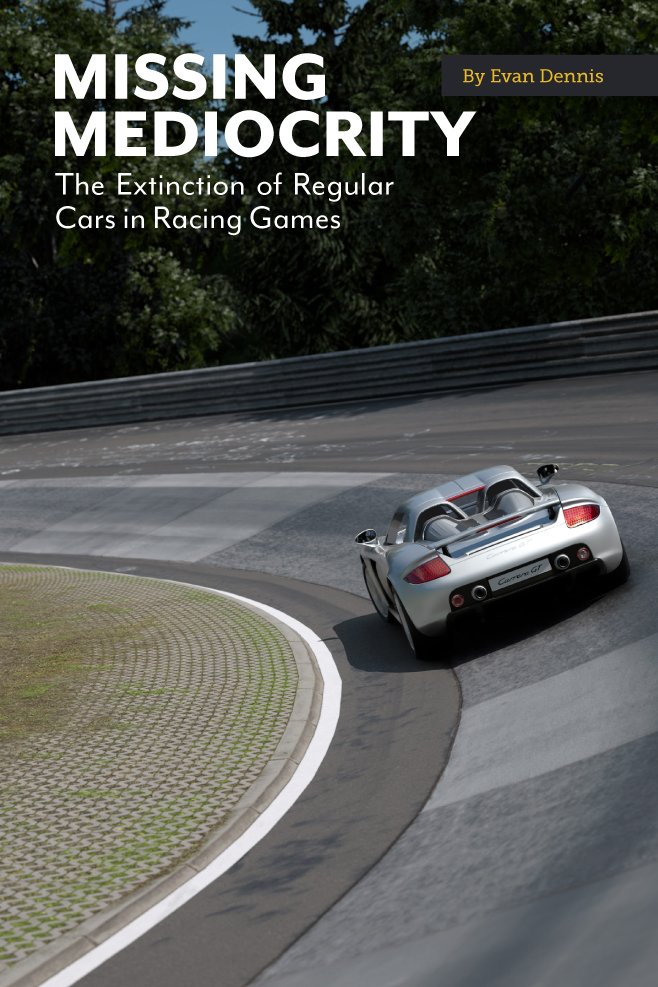 The so-called “cover cars” featured on the box art of racing games usually fall into one of two categories: either a cutting-edge race car driven by the likes of multiple World Drivers’ Champion Lewis Hamilton, or a supercar that costs as much as a house. For the former, it’s usually that year’s installment of a Formula One car designed to a strict set of rules and regulations, a vehicle solely made to race. For the latter however, the supercar is there to sell the fantasy of driving something you might go your whole life without ever seeing, let alone actually getting behind the wheel of. Unless you’re a member of the 1% or a lucky automotive journalist, Forza, Gran Turismo or Need for Speed might be the closest you get to feeling what it’s like to drive an Aston Martin or Lamborghini. Racing games aren’t just a competition between a dozen people over a spot on a podium, they’re also a way for people to engage with car culture as a whole. Over the past decade though, as manufacturers have increasingly seen this as a perfect promotional tool for their hottest models, something has vanished: the cars at the “bottom” end of the automotive spectrum.

The first car I drove in the Forza series was a red 2010 Audi R8 V10. I know this because it’s the first car the franchise’s 2009 installment, Forza Motorsport 3, starts every player in. Your first race places you behind the wheel of the German supercar, and you take on other late 2000s sports cars. It’s practically a virtual episode of Top Gear, where six-figure, metal and carbon fiber giants go toe to toe against one another. However, the Audi is not the first car you actually get to call your own; no, the first car you actually own in the game is either a Ford Fiesta, a Honda Fit or five other superminis that, back then, cost around $10K. I think I chose the Ford, but the fuzziness of the memory was part of the point: you’re supposed to start your racing career with an unmemorable shitbox. As you win races, you get progressively better cars: soon a Ford Focus, later a souped-up Mustang and far enough along even the original R8 you drove all the way back at the beginning. 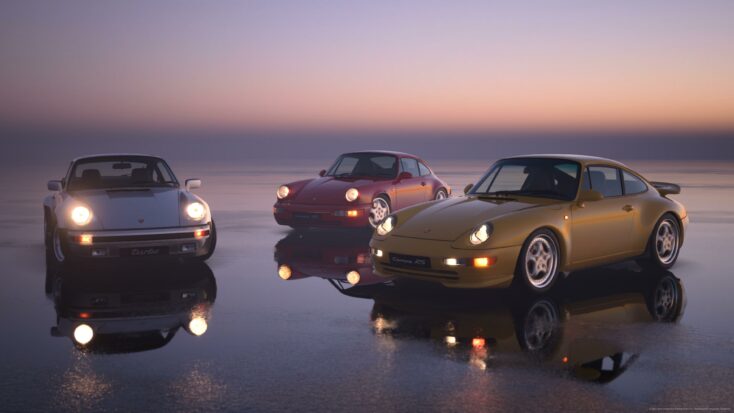 This style of leveling up is much the same in later Forzas and other racing games, getting better, flashier cars as you go along. It’s like Pokémon: you have a basic starter and, along with improving with better parts, you collect other models to round out a growing garage. But in recent games, early cars have increasingly become more and more upmarket. In Forza Motorsport 7, you can begin your career with a Mercedes AMG A-class, a turbocharged hatchback that costs sixty grand. In recent Need for Speed entries, you can start with a cheap Japanese sports car, but not only can you quickly get your hands on a potent muscle car, former starting cars like the Nissan 240SX and hot Acuras are now going for crazy money in the real world (as some infamous auctions on Bring a Trailer will attest to). Even Gran Turismo Sport starts you off with a Honda Civic Type R, a vehicle whose base price is nearly forty thousand dollars. Racing games are supposed to be a way for the masses to interact with unattainable cars, but even these entry level choices have become harder and harder for the average driver to attain in real life.

I get that these performance variants of normal cars are more appealing and better to drive than their basic counterparts, but eschewing the base variants altogether lessens the sensation of starting with a truly weak car, and thus learning to appreciate what makes super and racing cars so special. It also eliminates another fantasy people used to find in racing games: seeing cars they actually owned in the game, being driven in environments they could never hope to experience in real life. 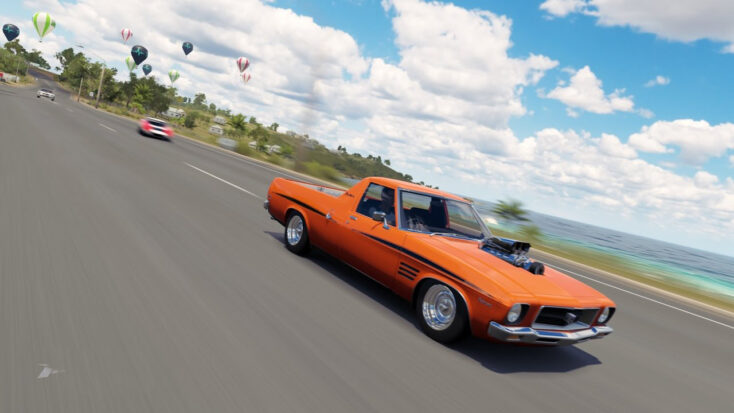 Back in 2020, when the car market was the complete opposite of what it is right now with new cars being scarce and the used market at its most cutthroat ever, I bought a sports car for what was a really good bargain. Of the many great times I’ve had with it, from participating in a rally to just putting a smile on people’s faces, one that caught me off guard was seeing it almost perfectly recreated in Gran Turismo Sport. A feature I long had scoffed at, where a screensaver of whatever car you’re driving shows it superimposed into beautiful landscape photos . . . it got to me. I have driven my Chevy along some breathtaking locals in the Pacific Northwest, but it will never go through a Japanese village or a European Alp. It’s a small thing to have in a game, but it’s a kind of “connection” I wish every driver could experience.

I do understand why racing game studios have dropped support for “regular cars” over the past decade, as there isn’t much to gain from including a midsize sedan or crossover in a title. As cars have gotten more detailed in videogames, now having textures that capture the look of even the imperfect grain in paint, the amount of effort that goes into creating virtual car models has only increased. Even large studios have limited time and resources, and they know which brands and models most players want to drive (Turn 10 Studios, the studio behind the Forza franchise for example, was once quoted saying that recreating a car in a game requires six months of work). Conversely, getting access to cars requires manufacturers signing off on lending them in the first place, not to mention licensing agreements that only last for a couple of years. Videogames are a great way to market cars that need press, but when a model like a Corolla already sells over 200,000 models a year, it doesn’t really need an appearance in a game to help it shift units. However, while there may not be much of an argument to be made for including normal cars in these games from a business standpoint, there has been one that’s only gained support over time from a cultural standpoint. Racing games are perfect for preserving automobiles that are vanishing in real life as well.

Evan Dennis is a writer and media critic. A Portland native, he spends way too much time playing games, writing about movies and anime, and window-shopping on Bring a Trailer. For more, check him out on Medium or follow him on Twitter @Dennisthatsit.

You’ve been reading an excerpt from Unwinnable Monthly Issue 149.

Sailors on the Starless Sea