During the summers when we traveled to Tunisia to stay with my mother’s side of the family, my brother and I didn’t have much to occupy us in the way of TV or videogames. The rare exception lived at my cousin’s house: an old, nearly broken-down Atari 2600. Compared to the Sega Genesis we had waiting back in New York, the few games my cousin’s Atari carried were stilted and rudimentary, with control schemes that were limited and often obtuse. But to our distraction-starved young minds, it was close enough to feel like home. We’d brute force entertainment from the archaic thing, running up on Donkey Kong and leaping over (or attempting to) the eponymous block-shaped gaps of Pitfall. The Atari provided the barest sustenance, nutrition in the form of blocky pixels wandering across fuzzy, glitchily phasing screens. Still, every time we visited our cousin’s house, we’d dash madly to the room containing the treasured console.

Not only was this Atari a relic as a videogame playing device, it was also falling apart and rapidly becoming a safety hazard for anyone who dared pick up its brick-like controllers and try their hand at its entertainments. Where plastic faceplates normally sat, covering the requisite wires and other inner workings, these controllers had nothing, nothing to keep our fingers from slipping off the button pads and connecting with the exposed leads within. This would deliver a startling shock, causing us to snatch our thumbs away and curse, before giggling at the ridiculousness of the situation, at the audacity of our entertainment to bite back and at our foolhardy determination to continue playing besides. 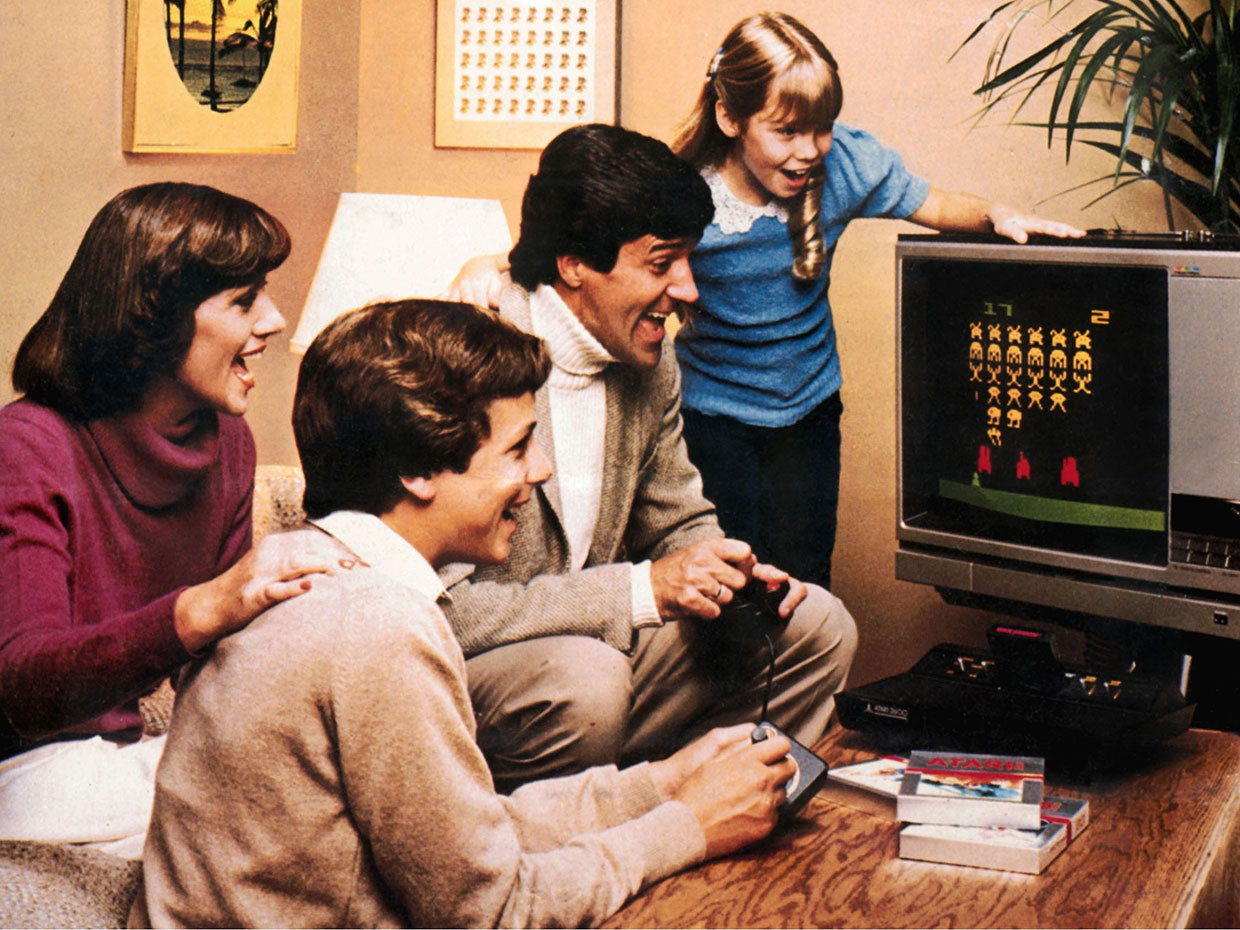 The Atari’s prickly fun reflected the broader experience of spending our pre-adolescent summers in Tunisia; our soft bodies stung, baked and hardened over by the country’s blistering Mediterranean sun. We were invited in to experience its pleasures, to run with the neighborhood kids, to scrape our knees, to cut our feet on glass and jagged stone, to jostle with one another, pushing and pulling, gleeful abandon mixed with a sense of excitement and barely contained terror.

There was a young girl who ran with our rowdy group of boys, clambering with us up walls and poking at the half-dead cicadas and giant ants we’d find creeping down gutters and under building eaves. She was a classic tomboy, no different from the rest of us, apart from that irreconcilable gulf of sex, flashing with blinding significance to our underdeveloped minds. Someone started a rumor about having spied her underwear once when climbing up just behind her; a blatant lie, and yet, a glittering secret treasure, something that snagged in our young minds, twisting up our image of her, making us invent meaning and catastrophize about the significance of her parts being different than our own.

Not that we weren’t obsessed with our own parts as well. I remember one boy who’d try and corner each of us, begging to compare his penis with another’s. Dying to understand the meaning behind this fleshy little thing hanging between his thighs, trying to comprehend why the distant ache of puberty, like a storm cresting over the horizon, imbued that organ with so much fraught tension, a live wire we were afraid to talk about, let alone touch. But we giggled about it anyway, a game wrought from the danger hidden within.

One night, a few of us decided to venture out into the town’s small beach. Though it was a simple beach during the day, there was a tantalizing potentiality to be found in gazing into the murky black waves that drifted out into the infinite. There was an irresistible danger in the transgressive act of entering this midnight surf, of exposing ourselves to its unknown. Perhaps it was an attempt to crowd out the unknown already eating away at us from the inside. 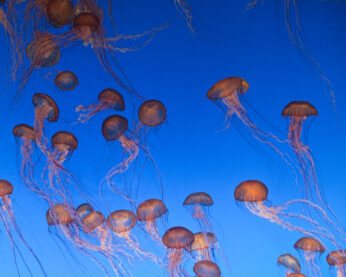 It wasn’t long after diving in that I experienced a maddening shock, like I had belly-flopped directly onto a grid of live wires. It turned out not to be a man-made construction but a naturally terrible jellyfish, massive in proportion to my small body, which it tightly wrapped itself around in a painful embrace. My little avatar shorted, overwhelmed by the sizzling and exposed circuits of a fatal system, dancing with power and violence. I screamed and thrashed in the water, swallowing it in gulps as my head sank below the waves. Thankfully I was swiftly rescued and taken back to my aunt’s place where my mother cleaned my nude and shivering body, extracting the stinging nettles and applying Vaseline to my bright red flesh. My aunts and female cousins hovered nearby, alternately cooing and chortling at the pitiful sight, the cherubically exposed, fetally cowering little boy, shriveled by the lecherous bite of monstrous nature.

I had played my games and suffered a setback; touched a live wire, felt the sting and the blooming pain. But the pain came with something else. The pleasure buried in the shock, the recognition that it would not kill me, that it was instead an invitation to push deeper, to scrape and bleed and force my way through, so that I may see what waited on the other side.

I Bought a House