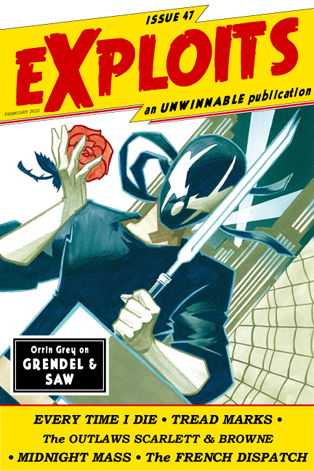 This is a reprint of the feature essay from Issue #47 of Exploits, our collaborative cultural diary in magazine form. If you like what you see, buy it now for $2, or subscribe to never miss an issue (note: Exploits is always free for subscribers of Unwinnable Monthly).

Matt Wagner’s legendary Grendel series of comics began with Hunter Rose, a successful author who moonlighted as the masked assassin known as Grendel. By the time Grendel: War Child was released in 1992, the comics had seen a variety of characters assume the mantle, with the most recent being Orion Assante, who conquered the entire planet and became the ruler of Earth. So, what was once the reviled name of a heinous murderer becomes the most respected name in the world, and the villain is now the ruler of the entire planet.

What does this have to do with the Saw franchise? I direct your attention to the poster for 2010’s Saw 3D, the seventh film in the saga, which depicts an enormous statue of Jigsaw, the antagonist who imprisons people in elaborate supervillain traps in order to punish them and test their will to live. The statue is under construction, girded with scaffolding and welded by enormous machines. It also towers above the cityscape behind it. 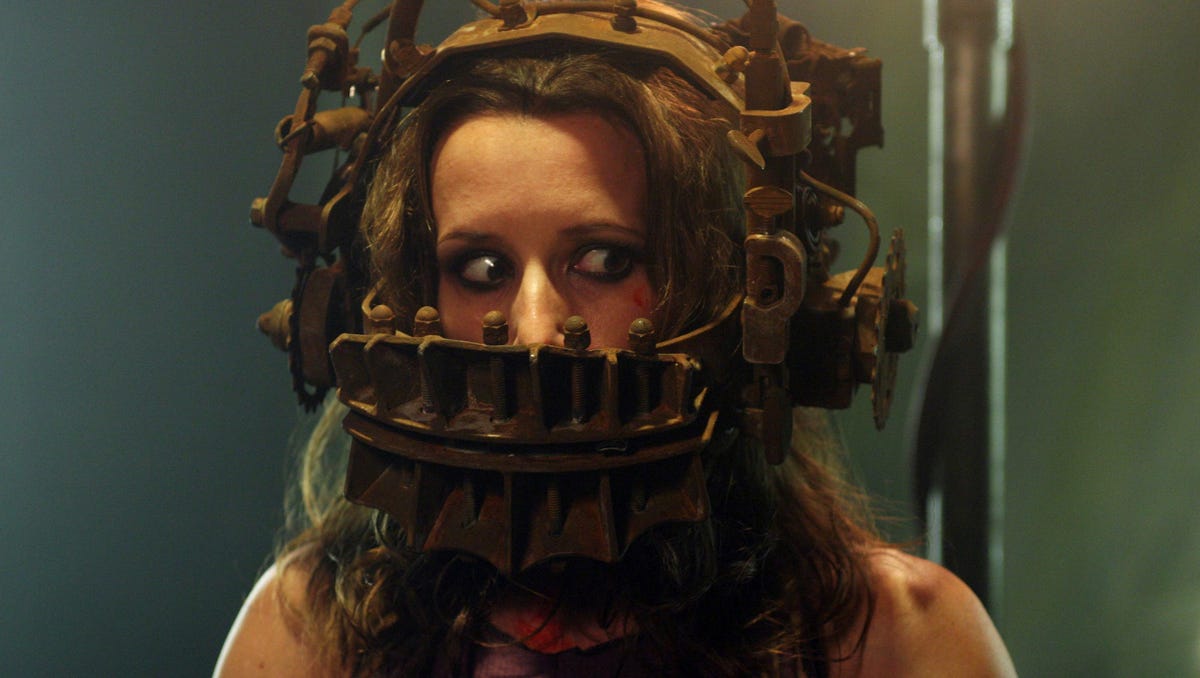 When I saw that poster, my immediate thought was of Grendel: War Child. What if the Saw franchise had gone that route? What if, by the seventh movie, the entire world was on Jigsaw’s side? What if the Saw films went from a tiny picture with a budget of around a million dollars that took place almost entirely in a grimy bathroom to a movie about a world that had entirely embraced Jigsaw’s grim methodology, one in which the villain was now the hero? A world where giant statues were erected in honor of a man who killed people by sealing them in reverse bear traps.

The Saw movies don’t go there, of course. I’ve never seen most of the Saw sequels, but I don’t have to watch Saw 3D to know that it’s not the story of Jigsaw’s ascendancy to world domination. Yet, I know enough about the events of the films to know that while such an escalation may be outside their purview, the similarities are nonetheless there. While the original Jigsaw killer is played by Tobin Bell, the figure of Jigsaw is also represented by an array of accomplices, copycats and disciples. His cult may never span the globe, but it certainly grows. 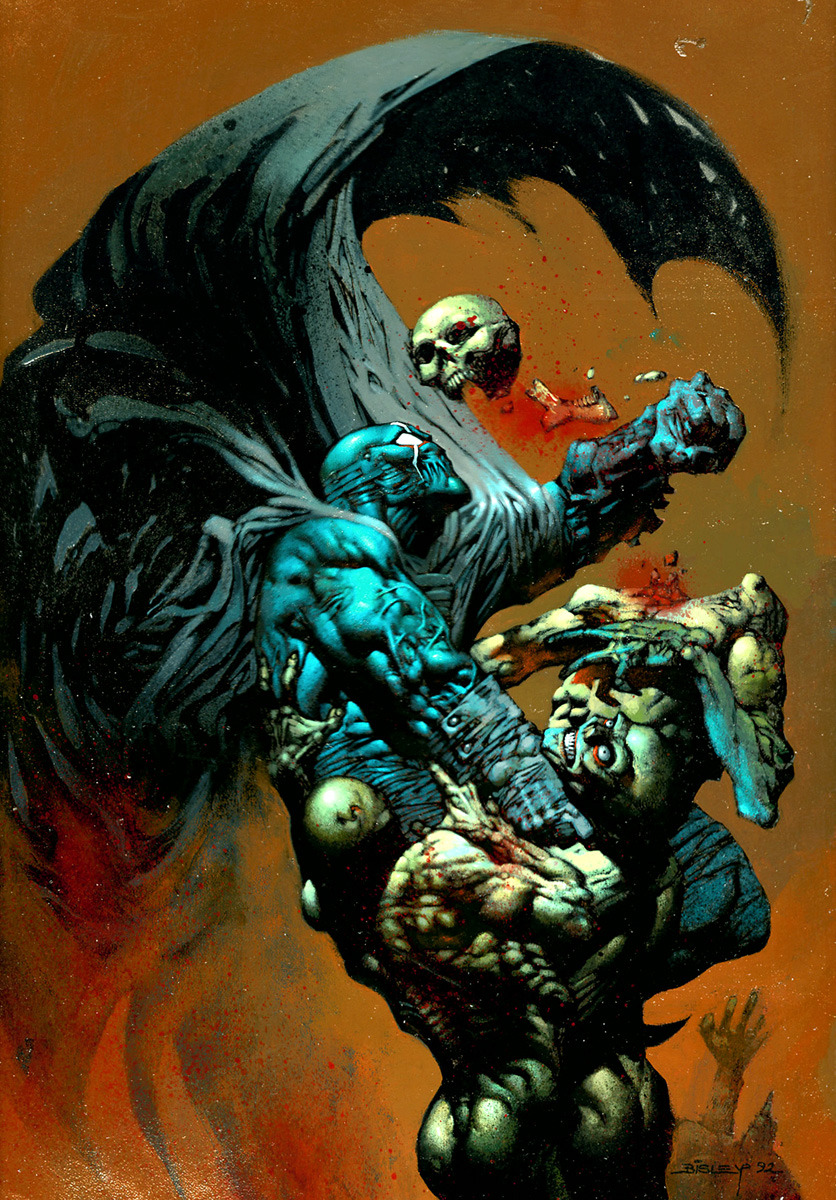 Another film that plays with this same idea is the 2019 slasher Trick, which begins with a bullied teen taking bloody vengeance. Though seemingly shot to death, his body subsequently vanishes. Every year thereafter, new murders occur that mirror the first. The final reveal is that the slasher is not just the teen from the beginning of the movie, but a cult-like gathering of devotees who work together to keep the legend alive from year to year, with members placed in positions of local government and police.

Again, it’s nowhere near the globe-spanning Grendel cult of War Child, but it’s a start in that direction. Something that looks at the way we form cults of personality – even around the most reprehensible of figures – and transform the objects of our adoration into something mythic. Sadly, it doesn’t take much looking to find people doing it in real life, and I don’t recommend digging too deeply into the (thankfully small) subset of individuals who regard Charles Manson or Ted Bundy as saints.

While the idea of a series like Saw ever going anywhere nearly that big is probably far out of reach, if anything ever convinces me to watch the rest of the films in the saga, it will probably be imagining them continuing to expand until they become something as strange and far-reaching as Grendel eventually did.

Welcome to the Circus of Value