No Accounting For Taste

Justice League does not benefit much from a political reading, but it repeatedly asks viewers for one. Given the film’s complicated development, it’s tough to say for certain when its most overt attempts at political messaging were written, but whether the context was the 2016 election season or the first months of the Trump presidency, the filmmakers apparently saw an era of societal divisions and hoped to reflect it in their work.

The characters (and an unsubtle voice-over) make a repeated point of discussing the miserable social climate they find themselves in. People are hostile and distrustful of each other and a general hopelessness has taken hold. “I don’t recognize this world anymore,” Alfred states at one point. It’s bleak, and in case the film’s allegorical intentions here were unclear, it takes time to relieve viewers of doubt. In one conversation, Martha Kent tells Lois Lane she “can hardly read the news, anyway” – there’s just “too much bitterness.”

For the film’s heroes, the cause of this angst is readily identifiable: it all began with the death of Superman. His death at the end of Batman v Superman prompted a loss of hope at both a personal and a social level. The world seems dimmer without him, and the League – particularly Batman – feels like it is missing something vital. To hear the team speak of him, Superman represented something that transcended himself. His absence routs all their efforts at defeating supervillain Steppenwolf. They’re simply not strong enough to beat the antagonist without the Man of Steel.

Throughout the film, characters stress notions of teamwork and mutual support. Loners like Aquaman are reprimanded for their reluctance to join the crew and learn later to appreciate the communal approach. But it isn’t until Superman shows up that the possibility of the League’s victory is even entertained. The group is doomed without him. 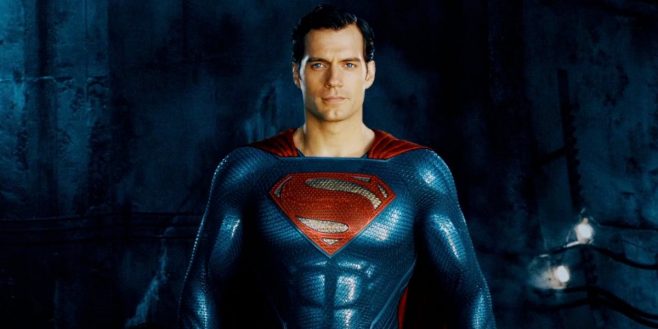 Once he does return, though, the entire battle with Steppenwolf becomes trivial. Superman easily triumphs over the villain, the League saves the planet and the film ends with the entire world in more optimistic spirits. Lois Lane’s ending voice-over confirms the new mood and again clarifies the allegory: “Our darkness was deep and seemed to swallow all hope, but these heroes were here the whole time to remind us that hope is real, that you can see it. All you have to do is look up in the sky.” Bitter news media, a sense of lost hope, the feeling that our heroes surround us – it would be easy to mistake all of this for a boilerplate campaign speech for the upcoming midterms.

If we take seriously the film’s implicit request for political interpretation, we might understandably find ourselves asking what the hell Superman is supposed to represent here. “Hope” is key vocabulary in the script, but that seems too ambiguous for real-world commentary. Is national unity the issue, maybe? Is Justice League suggesting that something once held this country together but, over the past two years, was fractured and now appears to be in disrepair, maybe lost for good? Superman would then stand in for the things that used to, and might again, unify the American community.

This seems like an innocuous enough reading, but the problem is that the film refuses to dive into the specifics of its message, instead only gesturing in broad, bland terms. This results in a work that is both politically incoherent and vulnerable to exploitation by reactionary interests. The film never examines the difficulties facing society beyond superficial observations about disunity and distrust, and never looks further into what might create such schisms within a community. It never risks placing blame on anyone or anything in particular, instead attributing the entirety of a societal crisis to the absence of a superhero. There are no political stakes here. No principled stand is taken. Similarly, no actual solutions are proposed.

At best, this is bland speechifying. It avoids a substantive discussion in favor of platitudes with an air of relevance. But this evasion of specifics also makes possible regressive, traditionalist interpretations. Superhero narratives necessarily lend themselves to individualist (often authoritarian) worldviews and Justice League’s flat attempts at contemporary political conversation exaggerate this tendency. Despite its insistence on the importance of teamwork, the entire film hinges on the reappearance of Superman, who brings with him not just the power to defeat the team’s enemies but also the unique charisma and spirit that will restore harmony to the world he left behind. The notion implied here – that there was a time before now in which we were great and we can return to that time by embracing a superheroic spirit now lost – is uncomfortably familiar.

This is perhaps not the intended reading of Justice League, a film that may not even have an intended reading in the first place, but because the film is so vague and politically noncommittal, it allows for readings like this. Justice League is not the first film with this issue, though. It reappears in any work that aims for “relevance” without actually digging into the specifics that define a particular political moment.

But this is also the problem with the bland appeals to “unity” and “civility” that we have heard from politicians throughout the past three years. These empty pleas for unity often reflect a refusal to engage with the specific discriminations, abuses and oppressions that have brought the country to the place it is at now. By referring to a sense of division – “divisiveness” is a common descriptor in our current climate – these messages suggest that there was a unified moment we could go back to, if only we spent more time listening to each other and working to reunify. This is a mischaracterization of history. There is no going back, and “back” itself – that idealized moment when the country was just and harmonious – never really existed in the first place. This approach to politics ignores the hard work of addressing inequality in favor of a return to an earlier status quo with similar inequality but more decorum.

“The world needs Superman,” Batman tells Alfred. Within the narrow perspective of Justice League’s narrative, Bruce is right. Beyond that, though, this statement becomes much more questionable. Justice League believes it is speaking to our moment in history and championing some kind of virtue. It isn’t quite doing that. But in its own way, it is speaking to a different reality: that of a political class hoping to outlast the current crisis by announcing its support for nothing in particular. Justice League, for the record, never made back enough to justify what it cost to produce.