I know that I say this every year, but I’m really not a big fan of lists. I find them to be overly reductive. People get so hung up about rankings that most of the time they end up losing sight of what the list is even supposed to represent. I personally find it best to avoid thinking within this framework entirely. But I can’t think of a better way to present this kind of information, so in much the same way as previous years, I’m just going to swallow my pride and make a list. This will be ordered alphabetically so that I can maintain at least a shred of dignity, though. I’m a lot more concerned with “good” than “better” or “worse” when it comes to these games. Without any further ado, this right here is my list of the top ten games of 2021 from an architectural perspective. I of course added some commentary to explain my rationale. 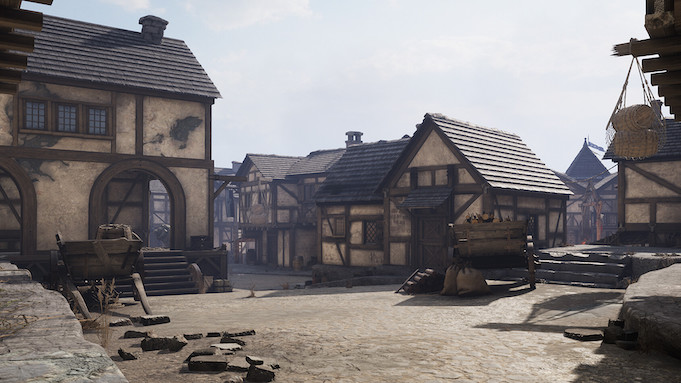 You might not necessarily think about architecture when Chivalry 2 comes to mind. The game is more about smashing stuff than building things, but you can explore some really nice structures if you take a break from the carnage. The levels are filled with all kinds of interesting architecture. While the main sights to see are of course the castles, you’ll come across villages, towns and cities filled with houses, barracks and churches if you poke around the levels for a while. The various examples of Medieval architecture have all been surprisingly well crafted for a game which isn’t actually about built environments. I thoroughly recommend checking out the structures whenever you aren’t smashing heads together because there’s a lot more to the level design than first meets the eye. 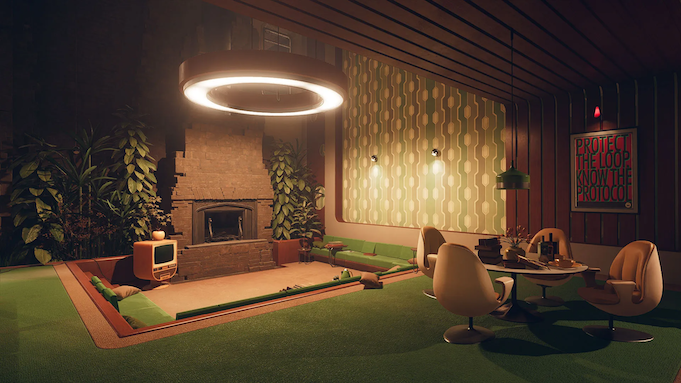 I honestly don’t think that I need to explain why Deathloop should be on this list, but since we’re already on the topic, I’ll give you a few of my thoughts. Where to start? Well, the game takes place in a sort of sixties fantasy land. The structures are just oozing with style. The architecture is of course campy, but that’s precisely what makes it so great. I’m just going to come right out and call it groovy. People were playing around with plastics in the sixties to create strange and interesting shapes. You can see this kind of thing all over the place in Deathloop. I also have to point out the pastels. You can’t have a conversation about the sixties without mentioning pastels. The game is awash in pinks and purples. 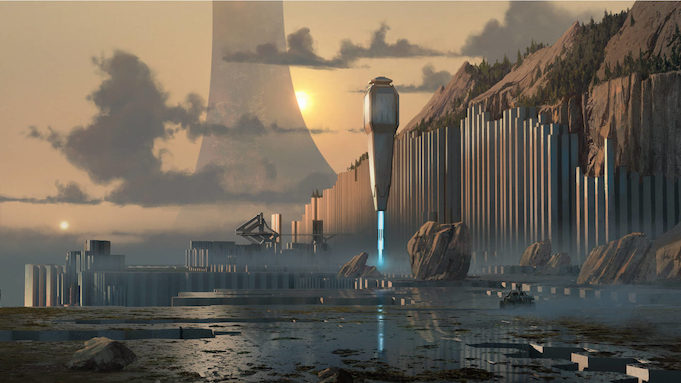 What I love about Halo Infinite is the wildly impractical industrial architecture that would seem out of place in so many other games. The science fiction setting really helps to sell the structures, but I think the overall tone of the game has a part to play in things, too. There’s a little bit of humor in Halo Infinite that helps you suspend your disbelief. The game doesn’t take itself too seriously. In any case, the structures are nothing but stainless steel as far as the eye can see. Sometimes literally. Towers touch the sky. Highways extend over the horizon. The buildings in the game are definitely big, but they aren’t just hollow shells. I had a lot of fun exploring the inner recesses of these heavy metal behemoths. 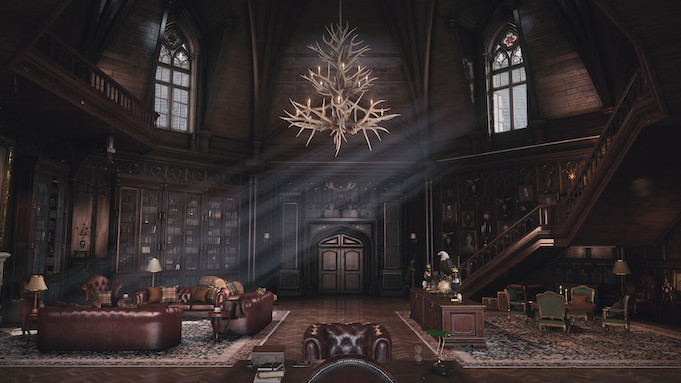 I think that Hitman 3 has the most range of any game on this list when it comes to architecture. The structures in Hitman 3 are incredibly varied. There’s really something for everyone. You’ve got postmodern Dubai, gothic Dartmoor, industrial Berlin, brutalist Chongqing and of course modernist Mendoza. This range comes through in the general feel of these places, too. Dartmoor is probably best described as stately. Dubai and Mendoza couldn’t be cleaner. Berlin and Chongqing are filled with all sorts of gunk and grime. I don’t know what else to say about Hitman 3 except that it’s quite the whirlwind tour of architectural movements. Take some time to really appreciate the details and you won’t be disappointed. 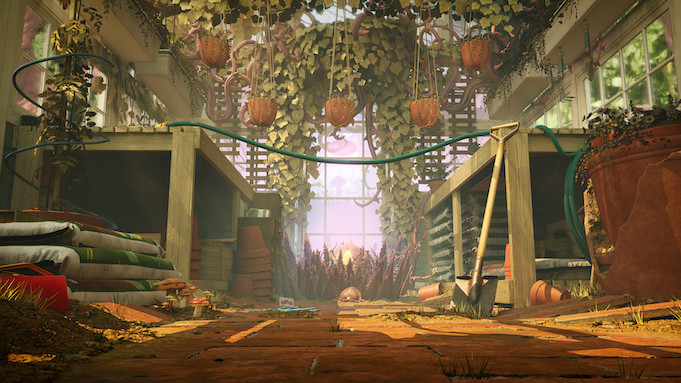 The gameplay steals center stage in It Takes Two, but the setting is really what sells the experience for me. I mean, we’re talking about a suburban home, so there’s nothing so to speak special about the setting, but what interests me here is the sense of scale. You get shrunken down to the size of a mouse and let loose to explore all of the nooks and crannies that you otherwise wouldn’t see. I loved being able to sneak around inside the walls and take a look under the floorboards. But wait, there’s more! You also get to grapple with an irate vacuum cleaner, tussle with a troubled toolbox, and take care of some lost toys. I also have to mention fixing up some faulty wiring and revamping a ventilation system. 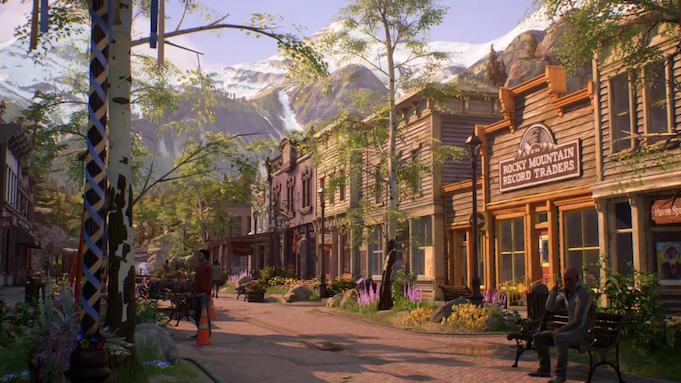 Life is Strange: True Colors takes place in a touristy town called Haven Springs, Colorado. This would be one of those old timey towns filled with false front shops and log cabins with barely any brick and mortar in sight. I had a lot of fun poking around the place and just whiling away the hours in the record store and the apartment above the pub. You can hang out on the roof of this building to check out the incredibly nice landscape. There are some structures off in the distance like an abandoned mine, but you’ll basically just be looking at an endless expanse of trees. I still think about my time in the town, so you might want to check out Life is Strange for yourself one of these days. 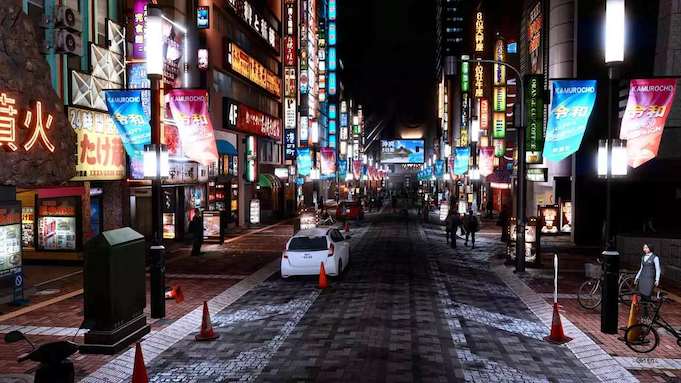 Since I’m a huge fan of the Yakuza franchise, I of course fell in love with Judgement and now Lost Judgement. They aren’t perfect. I know. But I can’t get over how well they capture the look and feel of Japanese cities. The latest entry in the franchise, Lost Judgement, pulls this off particularly well. The game takes place in Tokyo and Yokohama. You can see the wonderful waterfront in the latter and the stylish streetscape in the former. The towering skyscrapers are of course a nice touch, too. Similar to all of my favorite Yakuza games, I had a great time just wandering around the levels. Take in the sights and sounds and I’m sure that you’ll enjoy Lost Judgement as much as I did. 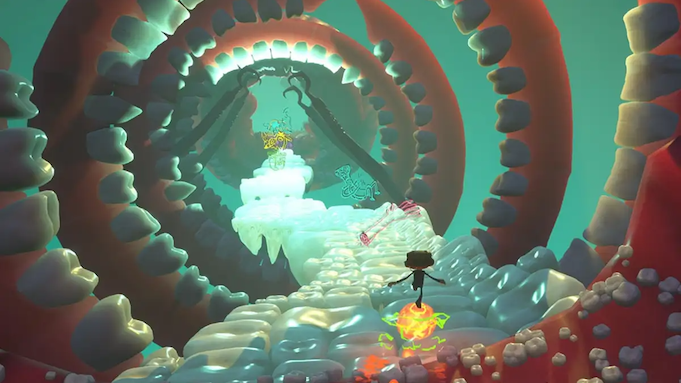 You might be surprised to see Psychonauts 2 on this list, but you can actually see some rather nice architecture in the game. The camp is a pretty good example. What stood out to me wasn’t so much the structures, though. I found the crystallization of abstract thoughts and memories into what you could probably call architecture to be the most interesting aspect of the game. This takes a variety of different forms, but you basically just hop, skip and jump your way around all sorts of weird places. But you have to remember that what you’re seeing is the inside of a human head. The platforms in this platformer don’t exist in any kind of physical reality. Psychonauts 2 is quite literally a journey of the mind. 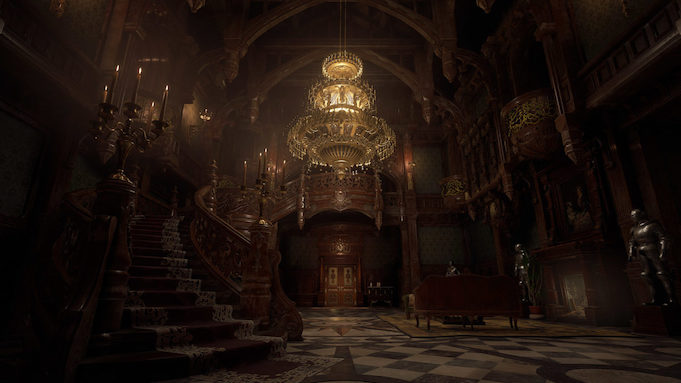 I really enjoyed Resident Evil Village. The puzzles were pretty much perfect and the bosses were the best, but what I’m never going to forget about the game is the architecture. Resident Evil Village takes place in a recently abandoned town somewhere in eastern Europe. The manor and chapel are definitely worth checking out, but if you ever decide to play the game, you’re going to get blown away by the castle. The level of detail is truly incredible. I must have spent hours just starting at the spiral staircase. I could say the same thing about the mansion with all of its wonderful woodwork. The game also features a few humble structures, though. I liked the castle and mansion, but if you’re into industrial architecture, you can’t beat the dam and factory. 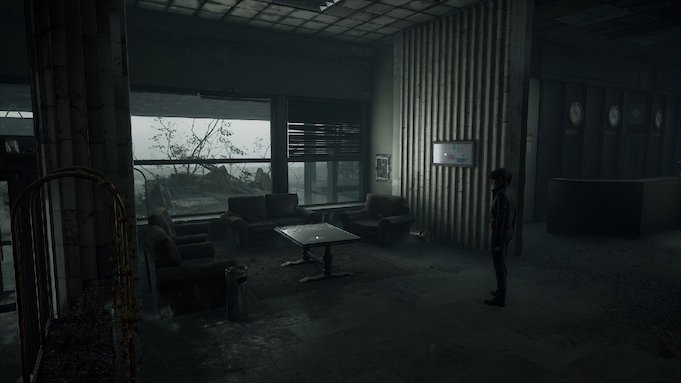 You almost never see socialist architecture in games. The game takes place in the decaying ruins of a resort in Poland and you have to hand it to The Medium for letting you explore such an interesting structure. The building is both bare and beautiful with big windows and lots of open spaces. The same could be said about any other part of the building, but the lobby provides a perfect example of this. The forms are graceful and elegant with lots of rectangles and a couple of curves. The construction materials are mostly sheet metal and concrete blocks. I’m getting a little bit lost in the details here, but if you haven’t already, I highly recommend looking around this level. The architecture is definitely worth a gander.