In high school I had a best friend named Adam. He didn’t go to my school, but our parents worked together and must have realized that we shared the same dilemma of being lonely nerds who spent most of their free time in front of computers. Our parents were rarely so clear-eyed, but in this instance their teenage nerd matchmaking instincts were undeniably sharp: they introduced us and we hit it off immediately.

The first time I arrived at Adam’s and saw his impressive Macintosh tower (I had previously only been exposed to the squat all-in-one boxes popular at schools and libraries) his piles of glittering CD-ROMs, his never-ending stream of Coke and Doritos, I knew I was in the right place; a place of comfort and belonging. Adam’s Mac was much faster than my own ageing Quadra 605 and it could run all kinds of games which mine couldn’t, including id Software’s super-popular shooter, Quake.

Nearly every Friday after school, I’d take the I.R.T. from my place in the Bronx down to the Upper West Side, where Adam lived with his mother in a giant pre-war building. The geographical transition alone, from contemporary high-rises and clusters of project towers to the dense and architecturally modern setting of Manhattan, was enough to set my sheltered senses alight. I’d hop in the elevator, manned by a full-time operator who’d slide the scissor gate shut and take me to the fourteenth floor where Adam lived. His building, like many others, did not have a numbered thirteenth floor out of superstition.

Occasionally Adam’s mother would feed us dinner but most of our time together was spent crowded around his computer desk, uncomfortably wedged within the tiny apartment foyer, our backs practically flush against the front door. (We’d often have to pause what we were doing to let people come in and out). We’d spend whole evenings there flying around the cursed castles and dungeon keeps of Quake, usually with one of Adam’s favorite death metal albums roaring out of his computer speakers. As ungrateful little shits, we had no interest in listening to Trent Reznor’s original, minimal industrial soundtrack. 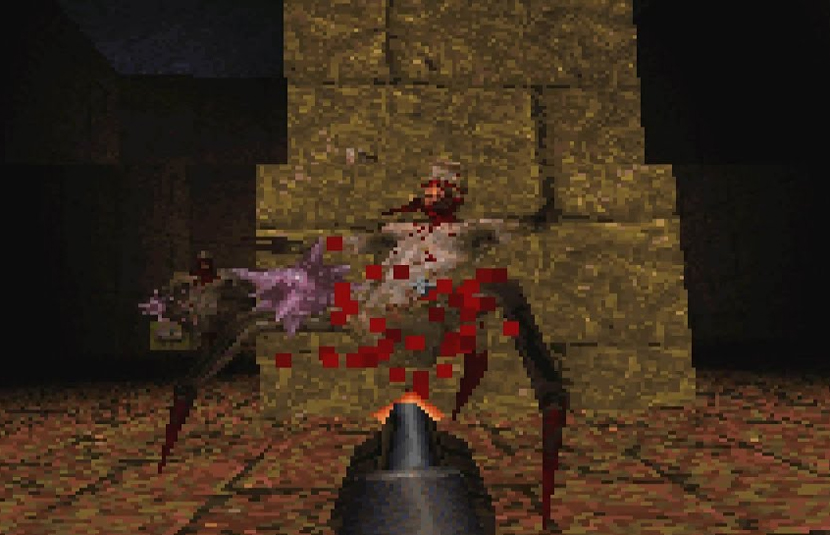 The time I spent playing Quake, and other similarly grungy late-nineties titles, with Adam was a rare solace. It was difficult to find similar joy or comfort at home. Money was tight, and both my parents were stretching themselves thin struggling to get a little more of it. When they weren’t at work, they’d rattle the walls of our house with their arguments over money and shared responsibility. School, too, was torture. I was at a new private high school and everyone there seemed cooler than me, richer, more sorted out and well-balanced. My days there were spent trying to keep up with mountains of schoolwork at the same time as navigating the intricate social groupings which had formed long before I’d arrived.

Spending time with Adam had none of this twisted tension. His small apartment was an island of calm where I could rest and recuperate, making the inevitable bouts of turbulence elsewhere that much more bearable. Adam was a collector, and from him I absorbed many of the tastes which I’d later claim as my own: what to listen to, what to read, what to play, even eventually what to do for work (my interest in design and Photoshop started with making custom bitmap textures for the games Adam and I played). He introduced me to new things without a shred of judgement or condescension, none of the hipster pretense I would soon regrettably learn to adopt as a shell for deeper insecurities. He just recommended stuff he liked, and the odds were usually good that I would like that stuff too.

Quake was, through and through, an Adam joint, and I leapt quickly to share in that enthusiasm. In its razor-sharp precision, its chunky symmetry, we saw beauty; an exciting and dynamic piece of art. I strove to see the game through his eyes, to rocket jump as he jumped, to lob that grenade just right and earn a congratulatory crow from his corner of the room as the Death Knight exploded into a bright red shower of pixelated giblets. The thrumming guitar riffs blasting from his computer speakers drove us to carry on, along with the caffeine and sugar slurry of the soda. We had plenty of fuel to keep pressing further and further into Quake’s gnarly corridors, searching for secret passageways, gleefully shredding through monster after monster. 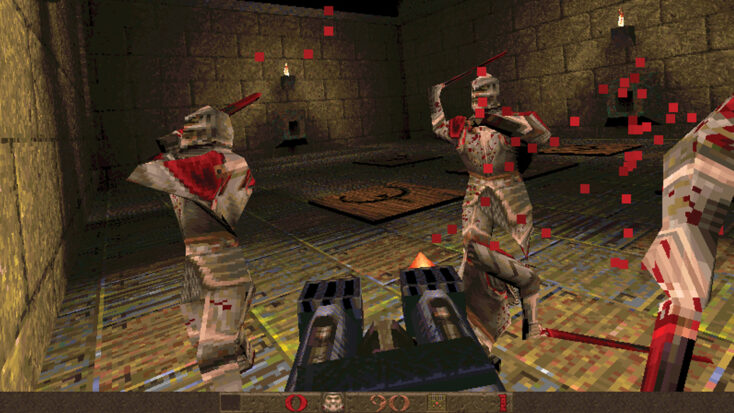 We’d sit there, hunched over the glowing screen until Adam’s mom would wander in and admonish us to go to bed. Then I’d watch Adam draw down his blackout curtains and slide into his alien-looking back brace. Being used only to sleeping in a room with my younger brother, I’d lie in the stiff guest cot, revved up and wide awake, eyes staring unseeing into the pitch black, listening to Adam breath in the deep rhythms of sleep.

I didn’t know what it meant, really, to have a best friend, to be close to someone outside my own family. I enjoyed the intimacy I was able to share with Adam, filtered as it was through a layer of edgy brutality; the metal and machismo of first-person shooters. Adam was a good friend, not just because he showed me a world of computer games and music – shared with me the endless nerd acquisitions of a privileged only child – but because he never expected anything back, never made me feel diminished, not good enough. He never made me feel awkward in my skin, misshapen in the boxy outfits my mom sourced from Gap’s discount racks. There was an unassuming kindness and acceptance to him that I’ve rarely seen since.

I’d eventually go on to make new friends, enter new scenes. I’d learn how to wear my awkwardness like a shield, a badge of honor, rather than a mark of shame. Adam and I drifted slowly apart, losing touch after I left for college. I didn’t need the fortifications of his affections anymore. But I cannot look at Quake, hear the telltale pinging of grenades bouncing down metal corridors, the groan of zombies sloshing through sewers, the grunts of exertion from the protagonist, without thinking of that apartment on the 13th or 14th floor, where I once visited regularly to find warmth, and ready friendship.