This feature is a reprint from Unwinnable Monthly #144. If you like what you see, grab the magazine for less than ten dollars, or subscribe and get all future magazines for half price. 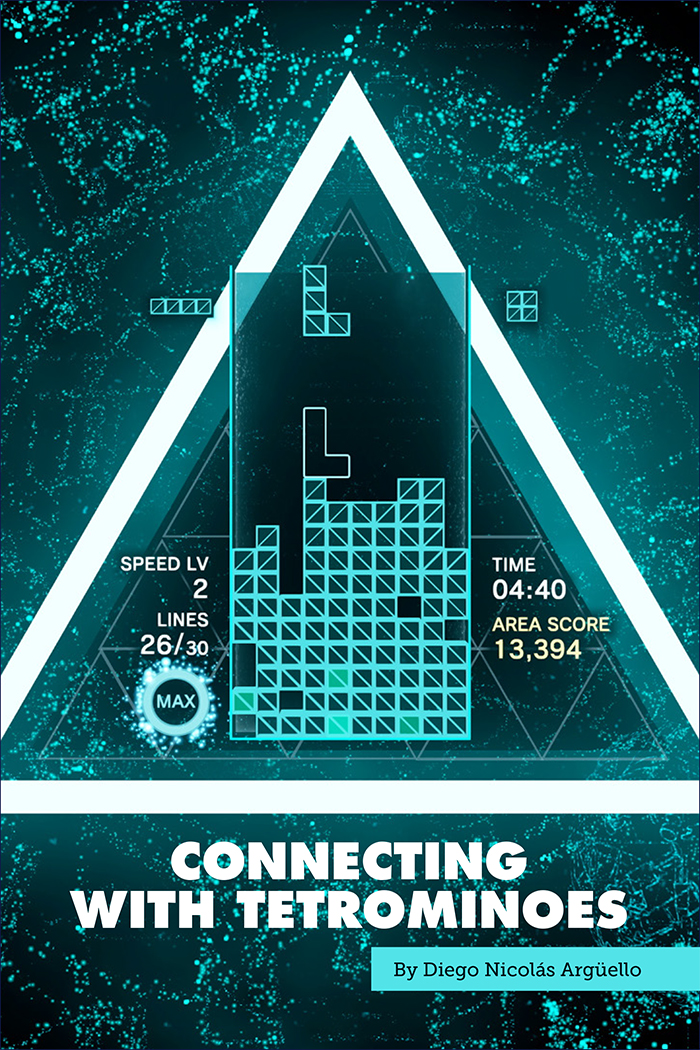 The COVID-19 pandemic had set itself in place. People all over the world were in strict quarantine, while concerns multiplied by the day and social distance prevented us from seeing our loved ones. On the side of videogames, there was speculation regarding whether or not E3 2020 would happen. To fill its absence, an array of publishers pushed their own digital events instead. It was late July, 2020, during the Xbox Games Showcase that Tetris Effect: Connected was revealed. I’ll never forget the surprise it was for me.

The previous year had seen me learning Tetris Effect, a game that had become very dear to me. I would play a couple levels every now and then still, especially when I needed to unwind after a long day of work, or just teleport myself to someplace else while being stuck at home. I was not expecting to see anything new about it, really. It felt like a well-rounded experience already. Yet, as soon as I heard the first few notes of the reveal trailer, I couldn’t believe it.

It wasn’t a sequel, but rather an iteration of the original experience. While it was initially a single player game first and foremost, Connected introduced the premise of “connecting” with other players – sharing feelings, colors and memories together. Since this is Tetris, we’re talking about, this of course included competitive modes. But I was far more intrigued by the co-op aspect, which has players teaming up by playing on their individual playfields as per usual, then reaching a moment where all playfields become one, as the game’s AI controls a boss.

Takashi Ishihara, game and art director at Enhanced, said that after the release of Tetris Effect, the team received feedback from both players and within the company asking them to implement online multiplayer. “We heard a lot of people saying they wanted a mode that would allow them to connect with other people cooperatively, too, which naturally influenced the development of Tetris Effect: Connected. Shortly after we kicked off development, COVID happened and this desire to ‘draw connections with people’ via the game grew even stronger.”

Back in January, 2020, I woke up from a dream both startled and disappointed after realizing I was sleeping. I had seen a different version of Tetris Effect, one where the playfield was much bigger, and boundless. It continued to grow over time, expanding itself to the point where an image was created. If I recall correctly, it had the shape of a dolphin. 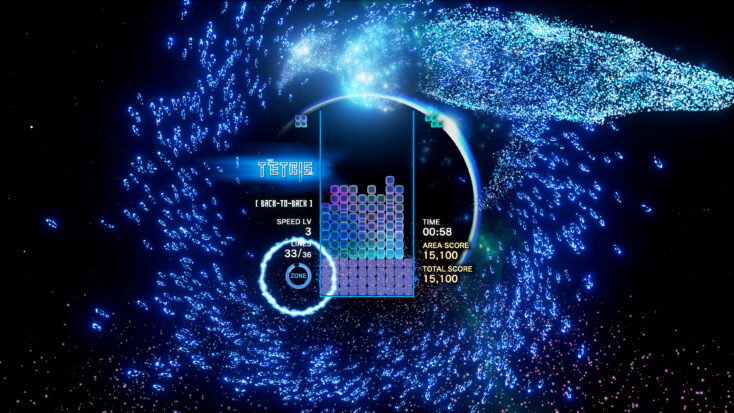 In hindsight, my dream was somewhat close – perhaps one of the iterations that the team worked on during the pre-production phase resembled this. At its core, the idea was to make a mode where people could cooperate with each other. Deciding on a Tetris variant that could be interesting and comfortable to play online came from there. “We made several prototypes,” Ishihara explains, “and the design that made the best impression on the team was what ultimately became Connected mode.”

Of course, co-op isn’t just three playfields coexisting in one space while they only share scores. As galaxies and universes are a symbol of the Tetris Effect world, Ishihara wanted to expand on that concept. This led to the idea of guardians protecting the galaxy from a boss. In the case of Connected, each boss represents a Zodiac sign. Player avatars, in this case the guardians, are used to visualize the human connection that isn’t often found in single player games.

In addition, by alternating the sound effects in each co-op arena for players, it feels like multiple people are playing instruments. This resonates as a subtle call back to one of the prototyped ideas for Tetris Effect that didn’t make the cut. During a GDC 2019 panel, Enhance founder and CEO Tetsuya Mizuguchi talked about a mode where, while using the L2 and R2 triggers, you could switch between instruments and time your drops to the beat, making music as you went along. Ultimately, this and other prototypes would have taken a significant amount of time and resources to see them properly polished in the final game.

It has been a while since Tetris Effect’s release, arriving in late 2018. Yet, for myself and many other people, it has been a constant presence. Ishihara shares that he plays “Journey mode over and over again and feel the same way I did when it was first released,” adding that play styles vary from person to person. From his perspective, he feels that players choose specific stages according to their mood or emotions that they may be going through at the time. Others prefer to use Marathon mode, which doesn’t have a timer, to play a single stage for a long time. 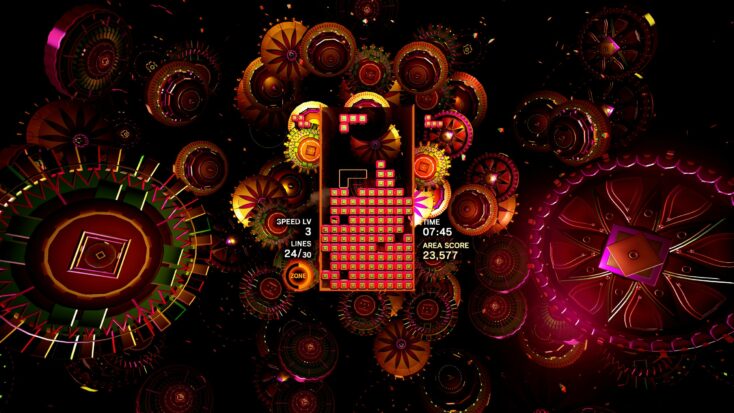 When asked if the team had any favorite stages, Ishihara mentions two standouts. “Ritual Passion (from Journey mode Area 2) and Stratosphere (from Area 6) are popular among the development team. These stages were designed so that the sense of emotion is very uplifting throughout, and the difficulty matches well. When I watch users play, many of them choose these stages a lot, too – they’re a lot of people’s favorites.”

Both are interesting choices to say the least, especially due to how tonally different they are from each other. Ritual Passion is an intense stage, as it’s one of the first that ramps up the speed in which the Tetrominoes come at you exponentially. Since it’s in Area 2 of Journey mode, it’s still fairly early into the single player campaign. Alongside the fact that it forces you to act and react faster, the pyre at the center of the ritual lights up whenever you clear a line. 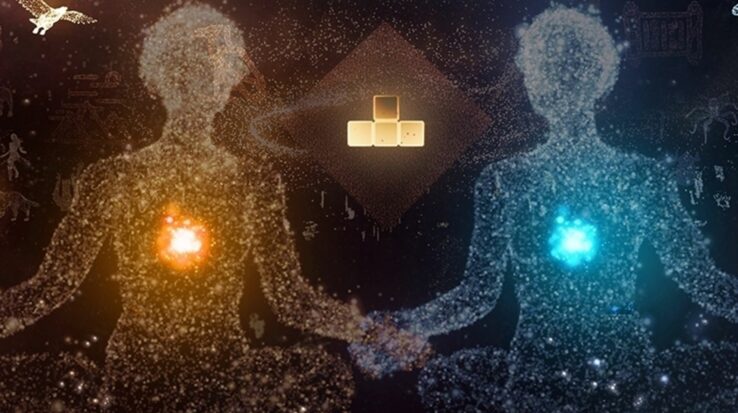 Stratosphere, which isn’t shy on increasing the speed either, has a different tone altogether. In it, you’re following a flock of birds in the sky, while the stage morphs from day to night as you clear a certain number of lines. In addition, the song featured here (“So They Say”) is voiced. Most of the tracks are instrumental, so Stratosphere definitely stands out for that reason. One particular detail I love, which I found out this year while doing research for this piece, is the fact that there are three versions of the song, which vary depending on the time of day you play the stage.

The goal of Connected, then, was to replicate these experiences while playing with others. It’s an ethos present in the reveal trailer I mentioned before, which has recordings of dozens of people slowly occupying the whole screen. After all this time, the sentiment is still present despite the on-going distance, as Ishihara continues to enjoy playing against or with playing from all over the world every night.

“The people in the video are members of the development team,” he says, “their families, and members of the Tetris community. Since we needed to stay home all over the world due to the COVID-19 pandemic, each of us took video at home using our smartphones, etc., and then combined them (…) making it a very unique piece that we may not have otherwise done. It expresses the idea of ‘connection’ that I wanted to convey with the game really well.”

Tetris Effect: Connected is out now. For more, visit the official site.