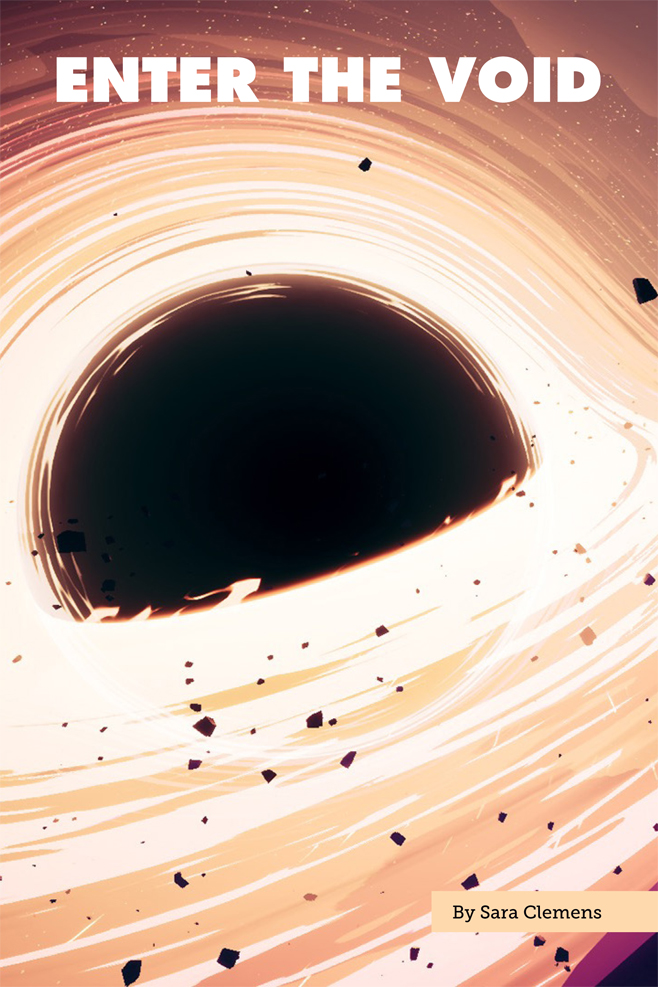 “You’ve arrived,” says a giant being made of light to a smaller one composed of darker, shadowy stuff. “Afraid? You should be,” they threaten, before thrusting their fist into the soft maroon earth, sending the small one careening backwards through fire, or an electric-yellow wind tunnel, or maybe just time itself. The shadow-being falls hard on a cracked stone dais and appears to briefly lose consciousness, coming to in what looks to be a grand hall overgrown with blush-colored ivy, crimson grass and pale pink flowers, a pool of phosphorescent green liquid settled into the center.

They take off towards the exit, moving in skate-like glides, hair and cape billowing backwards like smoke. Once outside, the perspective shifts precipitously until the shadowy subject is inverted onscreen, still planted in the waving grass but standing upside-down. A huge and bony creature appears with a wail and the caped adventurer leaps onto its back, a gyroscope-framed star burning bright in the distance. So ends the short, enigmatic trailer for Solar Ash, the upcoming title from indie game studio Heart Machine.

Alx Preston is Heart Machine’s “Creative Director/Studio Head/Too-Many-Hats person.” Long wanting to become a game developer, he made several failed attempts before finally seeing things fall into place when starting work on the concept that would eventually become the critically acclaimed Hyper Light Drifter, creating the art while friend-of-a-friend Beau Blyth worked on the code. He launched a Kickstarter for the game in 2013, which quickly exceeded its funding goals. In addition to Blyth, Preston assembled an accomplished team to see the project through. “I was fortunate enough to have some super talented people to keep developing the game with,” says Preston, “and we released in early 2016.” 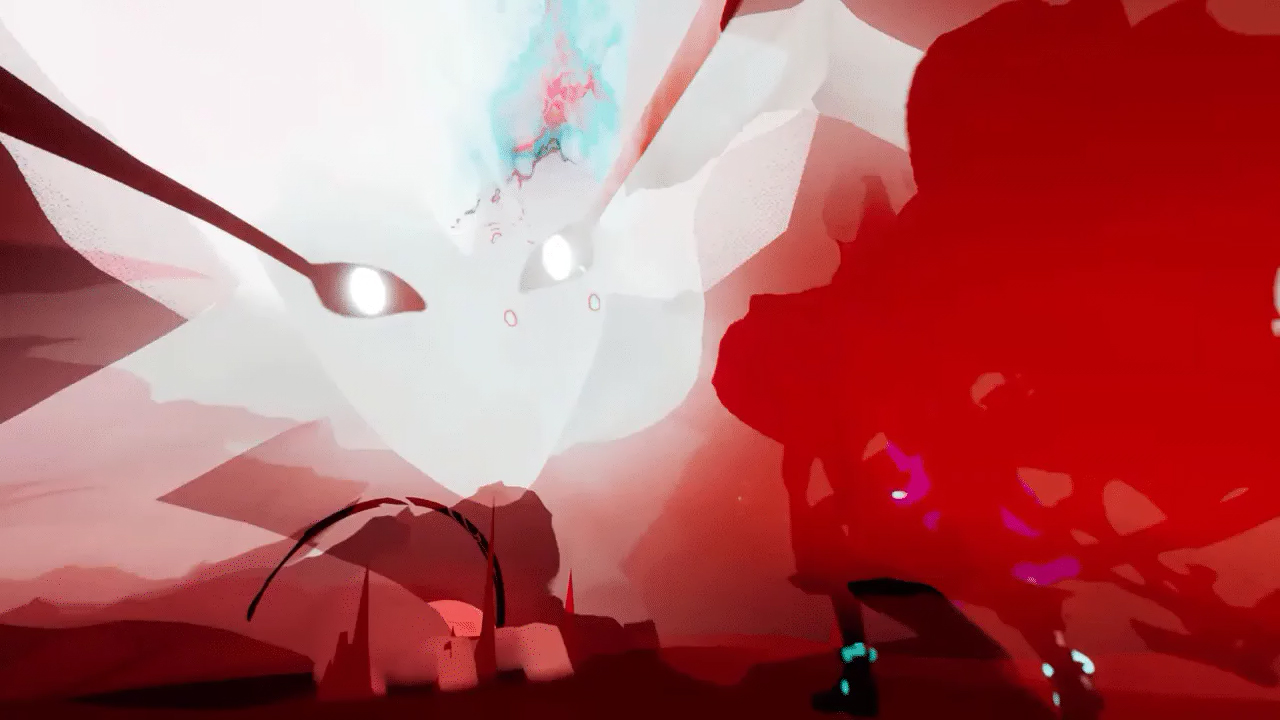 Due to release sometime next year, Solar Ash isn’t a direct sequel to Hyper Light Drifter, though Preston has confirmed that it takes place in the same universe, and the trailer makes clear the two games share DNA. For one, the music seems just as evocative as that of the studio’s first release. The two titles share a composer in Rich Vreeland, stage name Disasterpeace, who also created the soundtracks for the 2012 game Fez and the 2015 film It Follows. “Sound is just as important to the experience in games as the visuals or gameplay,” Preston explains. “It’s vital! It impacts every single moment a player experiences. You can elevate entire scenes to such incredible highs with the right sound design. Developers that really understand this can make such impactful games.”

Preston clearly values the collaboration inherent in game design and is quick to also praise the rest of his group, which numbers around 25 full- and part-timers depending on the stage of development. They’ve slowly grown since Heart Machine’s early days, when the studio had a core team of five full-time employees. That gradual increase made it easy for the team to stay tight and grow together over the years. “My team is incredibly funny, and we laugh all the time. It can be a silly environment (for the better!) with all the bad puns and self-burns we trundle through.” When asked for the funniest story from Solar Ash’s development process, Preston recalls, “we had an impromptu pumpkin-eating contest one holiday (Halloween or Thanksgiving time, I forget); the off-the-cuff moment came when someone decided to try to eat a raw tiny pumpkin. They did succeed in taking a bite. I’m not sure they like pumpkin anymore.”

However, like the rest of the world, Heart Machine has felt the effects of the pandemic. New people have joined the team since March, making that easy-going bonding difficult without in-person interaction. Preston tries to make a good go of it anyway: “We manage to stay focused but ridiculous, [we] blow off steam in happy-hours on our Discord to maintain some semblance of normalcy through some challenging and absurd times.” 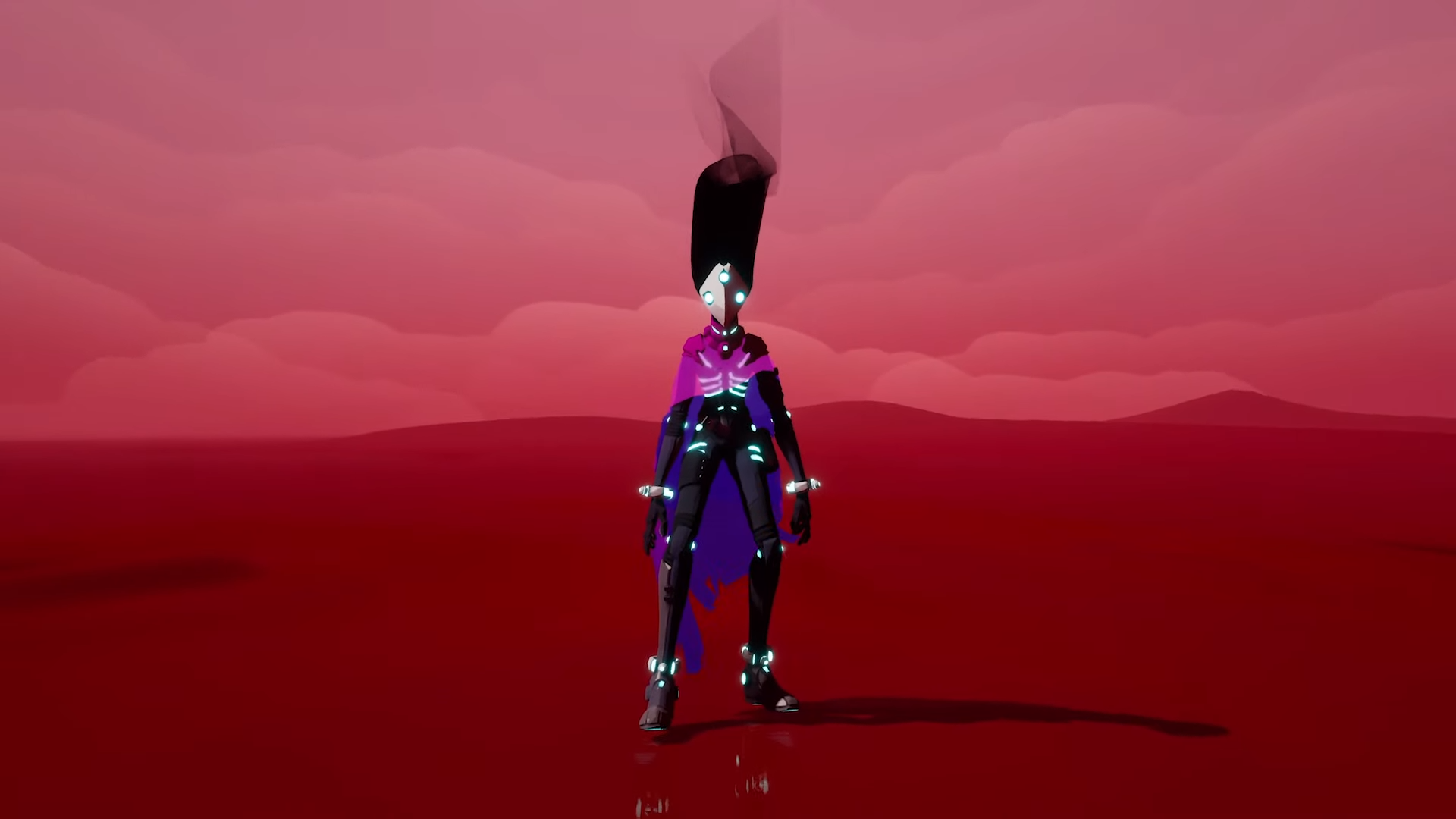 Much like its predecessor, Solar Ash wears its gaming influences on its sleeve. “I’ve been open about my influences in games and other design + art for HLD – I always love hearing about process and influences and feel like it’s a responsibility for creators to share as much as we feel comfortable with. Solar Ash absolutely has a few influences with games like Mario Galaxy, Shadow of The Colossus and even Breath of the Wild. I’m sure these references will become apparent in some form or another once you play.”

Indeed, Solar Ash marks the studio’s move from 2D to 3D gameplay. Preston explains the game starts with the player jumping into a black hole called the Ultravoid. “Strange spaces with wild gravity and grotesque creatures are what fill this void. Third person traversal is our main focus for gameplay in Solar Ash, though we do have plenty of other action occurring.” The trailer features much of this action, including a mechanic Preston calls cloud-surfing. “We’ve developed a system with some neat rendering tech (SDF) to achieve a really fluid, reactive and buoyant experience on the clouds. It has its own gravity system allowing for some wild traversal in every direction. It serves as our large-scale traversal mechanic across the fairly big world.”

Famously, the story for Hyper Light Drifter evolved from Preston’s own health issues, including congenital heart disease. Speaking to The Guardian shortly after that game’s release, he explained, “the main character in Hyper Light Drifter suffers from a deadly illness, one he is desperately seeking a cure for. It haunts him, endlessly. That’s something I’m keenly familiar with.” The inspiration for Solar Ash is similarly drawn from Preston’s life. “The initial concept was drawing from my own life experiences, dealing with a post-crisis mode and how to let go of some of the massive baggage being carried around. The story has evolved over the years, but the core themes have remained consistent as we have written more and more, fleshing out the world and experience. Solar Ash is a game about letting go and moving on.” 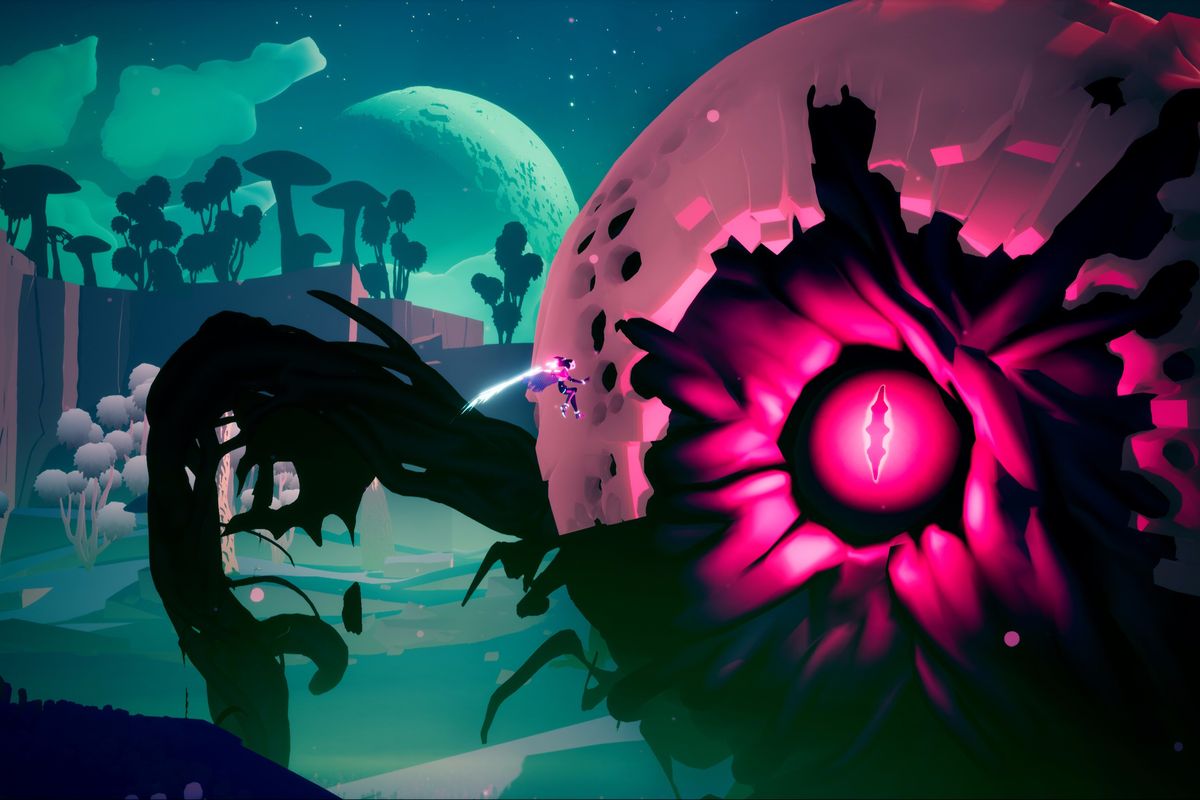 Nonetheless, Preston insists the themes in Solar Ash are not quite so heavy. “Our general tone for Solar leans a little less dark than HLD – it’s more focused on the adventure, the scale of the experience, making the player feel small in a vast and strange world. I hope the game can resonate on some level and make players feel some way about the characters, the world, the ideas we are trying to express through it. Good, bad or otherwise!”

Players can visit heartmachine.com to view the trailer, get more information on the game and sign up for behind-the-scenes posts on the development process. Solar Ash will release in 2021.