Although PAX made the jump to online due to COVID-19 like several other events this year, New Mexico-based developer Subliminal Gaming tried to make the experience more like the physical booth they would’ve had for their upcoming game Button City. Their website had a new section called Button-Con that featured freebies like a printable paper model of player character Fennel, wallpapers, and “The Rulz of Tuff” zine.

“We wanted to recapture that experience that we’re missing with the booths,” says Shandiin Woodward, co-founder of Subliminal. “We don’t have any merch right now, and we wanted to be able to give some stuff out for free; like you know, you’re walking around the convention floor and picking up free swag and stuff.” 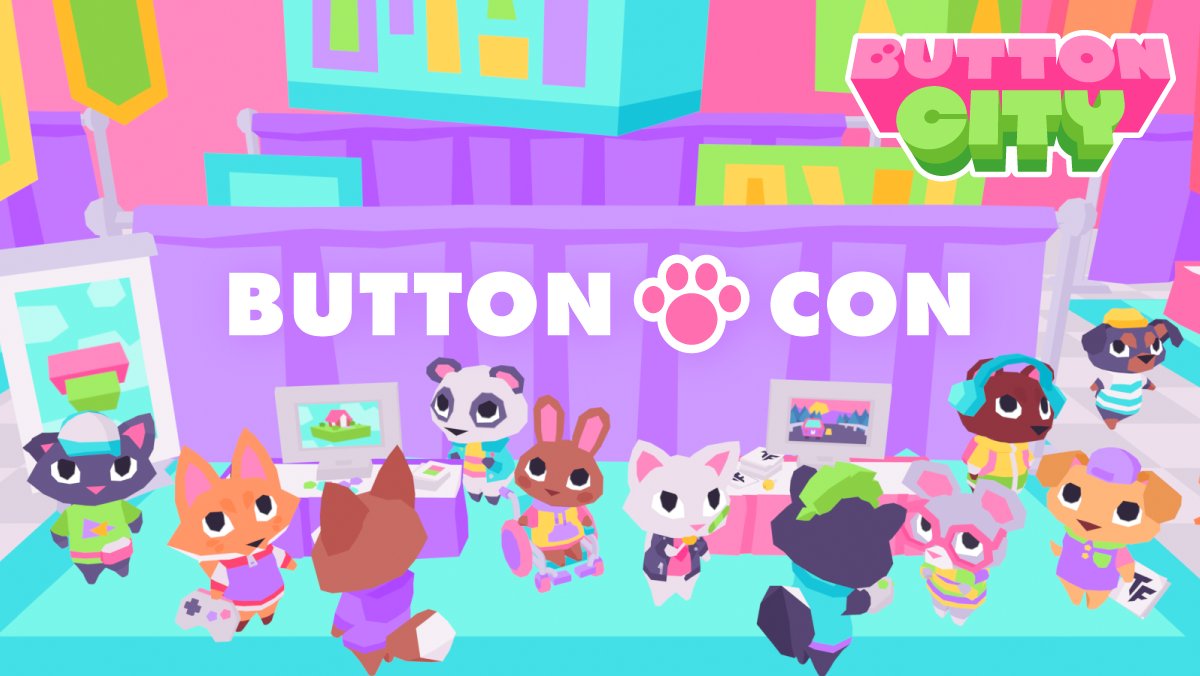 In Button City, players will follow Fennel, a young fox teaming up with his friends to save their local arcade from the greed of Peppermint Pepperbottom. Naturally, Fennel and company can play their own games at the arcade.

Similar to games like Pixel Ripped 1989 and Wintermoor Tactics Club, Button City features elements of another game within a game via a local arcade where characters can play. 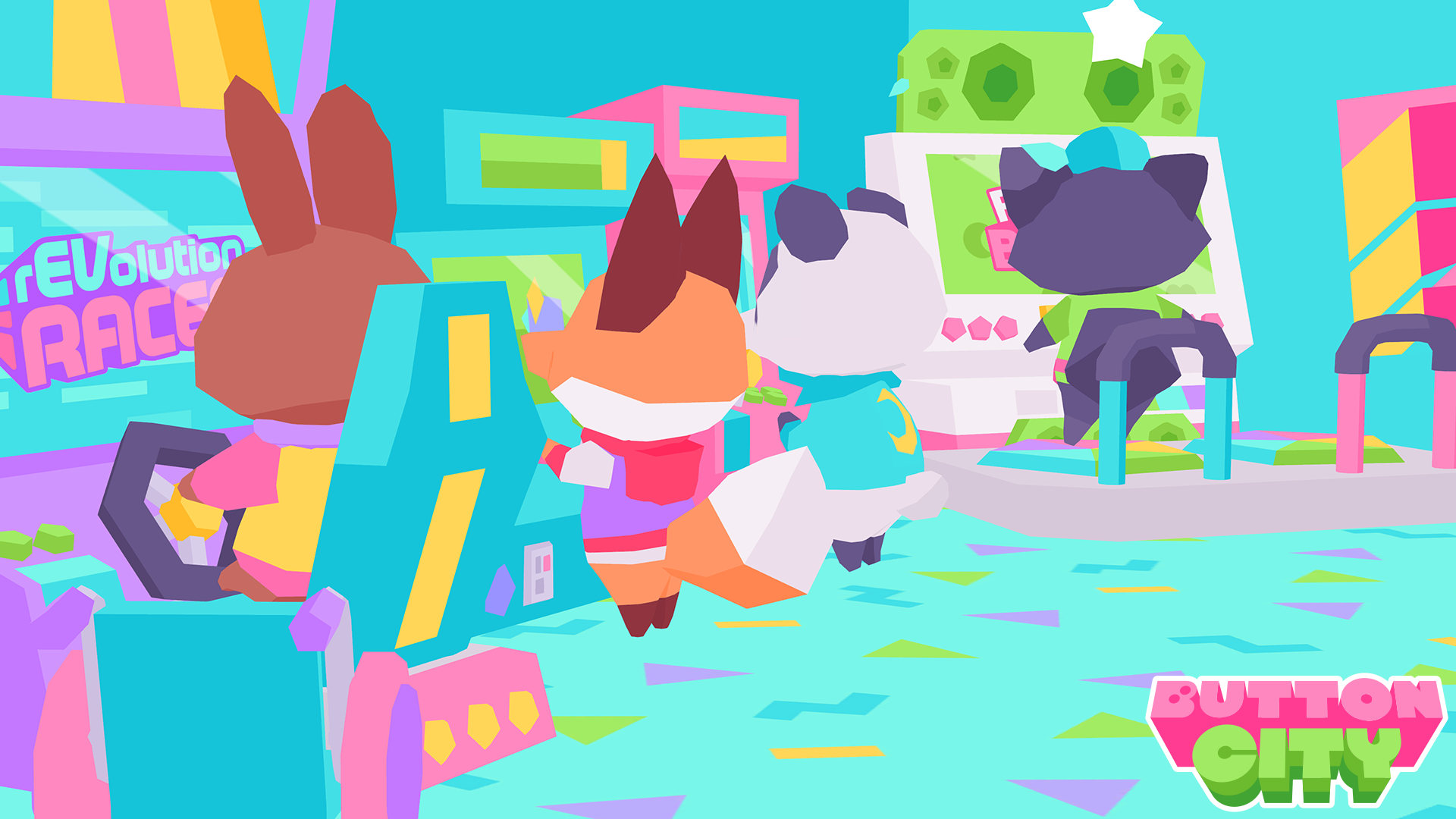 Ryan added that they specifically aimed toward the late ‘90s and early 2000s era of arcades. The games made for Button City’s in-universe arcade include “Gobabots,” “rEVolution Racer,” and “Prisma Beats.”

Shandiin described “rEVolution Racer” as an electric drifting game directly inspired by Ryan, who played those sorts of games in arcades they visited. Similarly, “Prisma Beats” is a rhythm game that came about because Shandiin was playing them. Decisions on what games to make for Button City’s arcade were essentially driven by their personal interests.

“It’s pretty much what we wished would be in the arcade,” Shandiin says. But of the three in-universe arcade games, Subliminal says “Gobabots” is the main one. 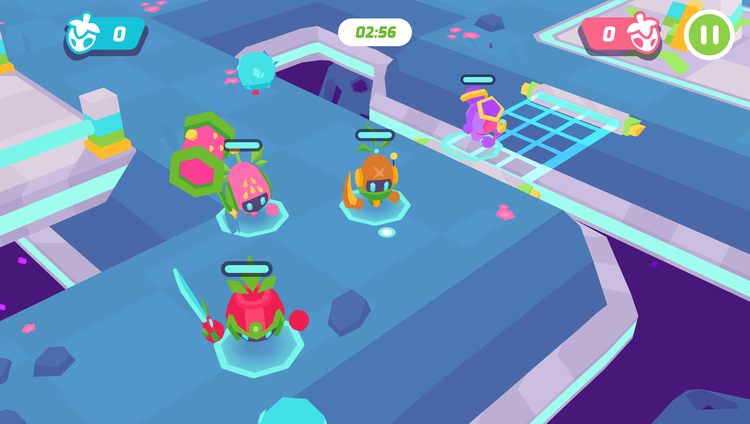 “We crafted that one because we needed—it was kind of our focal point for how we wanted to bring the characters together,” Shandiin says. “Both as a narrative piece and as also a thing that they would be playing in the arcade, and why they’re rivals and why they’re forming teams around it.”

Ryan talks more about how this in-universe arcade title develops a community in the story.

The inspiration for that came from their honeymoon in Japan, where they saw similar machines with unlockable characters.

“And we were really into amiibo then,” Shandiin adds. 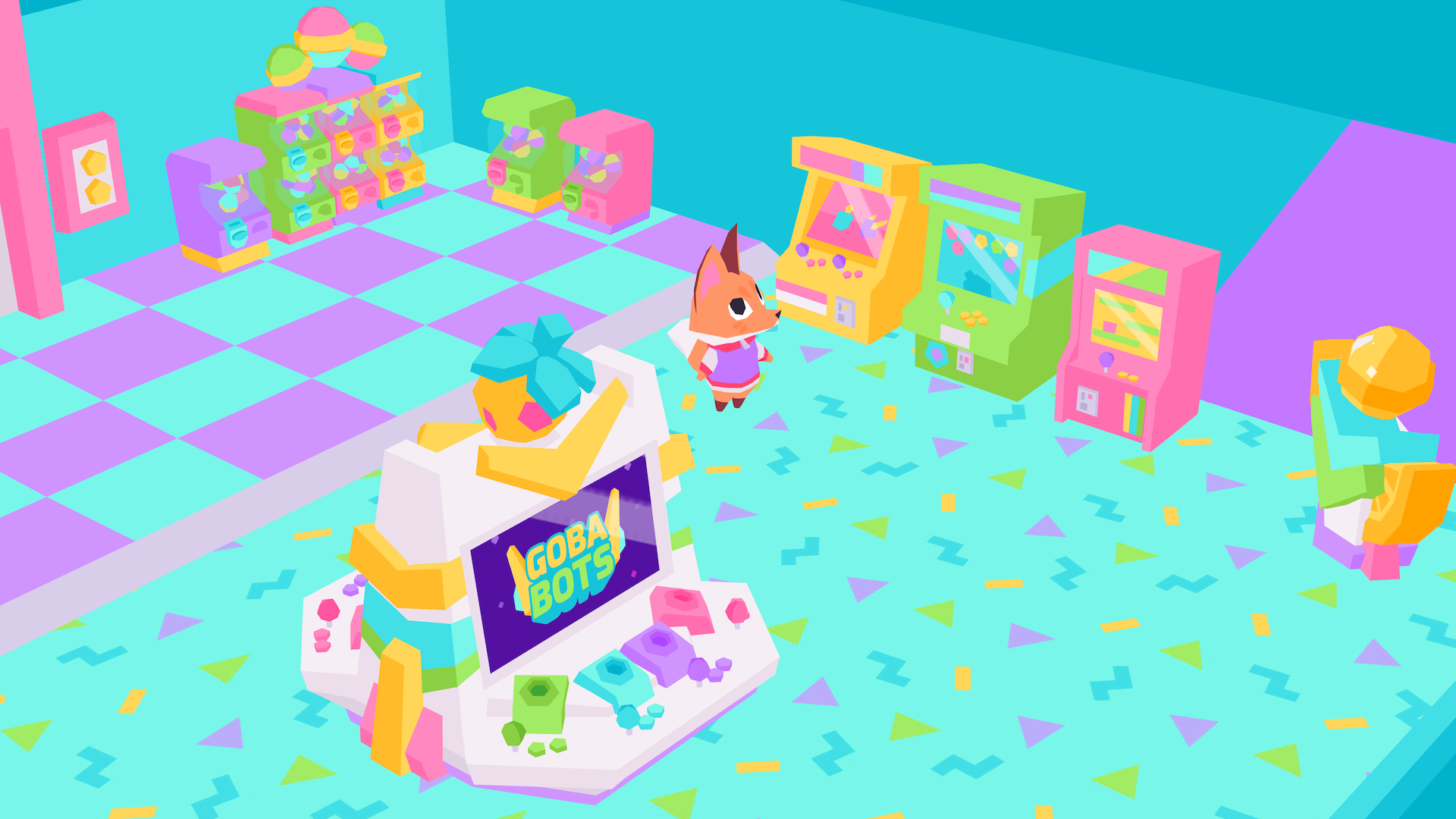 Subliminal relied on their own lived experience and some research when it came to incorporating arcade culture and its sense of community into Button City.

“We started going to the arcade more, and also around the same time there was Meow Wolf, which is this art interactive piece in Santa Fe. It’s really cool; Shandiin actually worked for them, and did their website,” Ryan says. “But they had Score Wars, where they had the Galaga World Championship happen; and we made an arcade game for that as well, it was a Galaga-like, except you were a knight with a lance taking on like a bunch of neon monsters. So arcade culture kinda has been around us in like some capacity. We didn’t really have to do too much research just from having this periphery of already being kinda within it.” 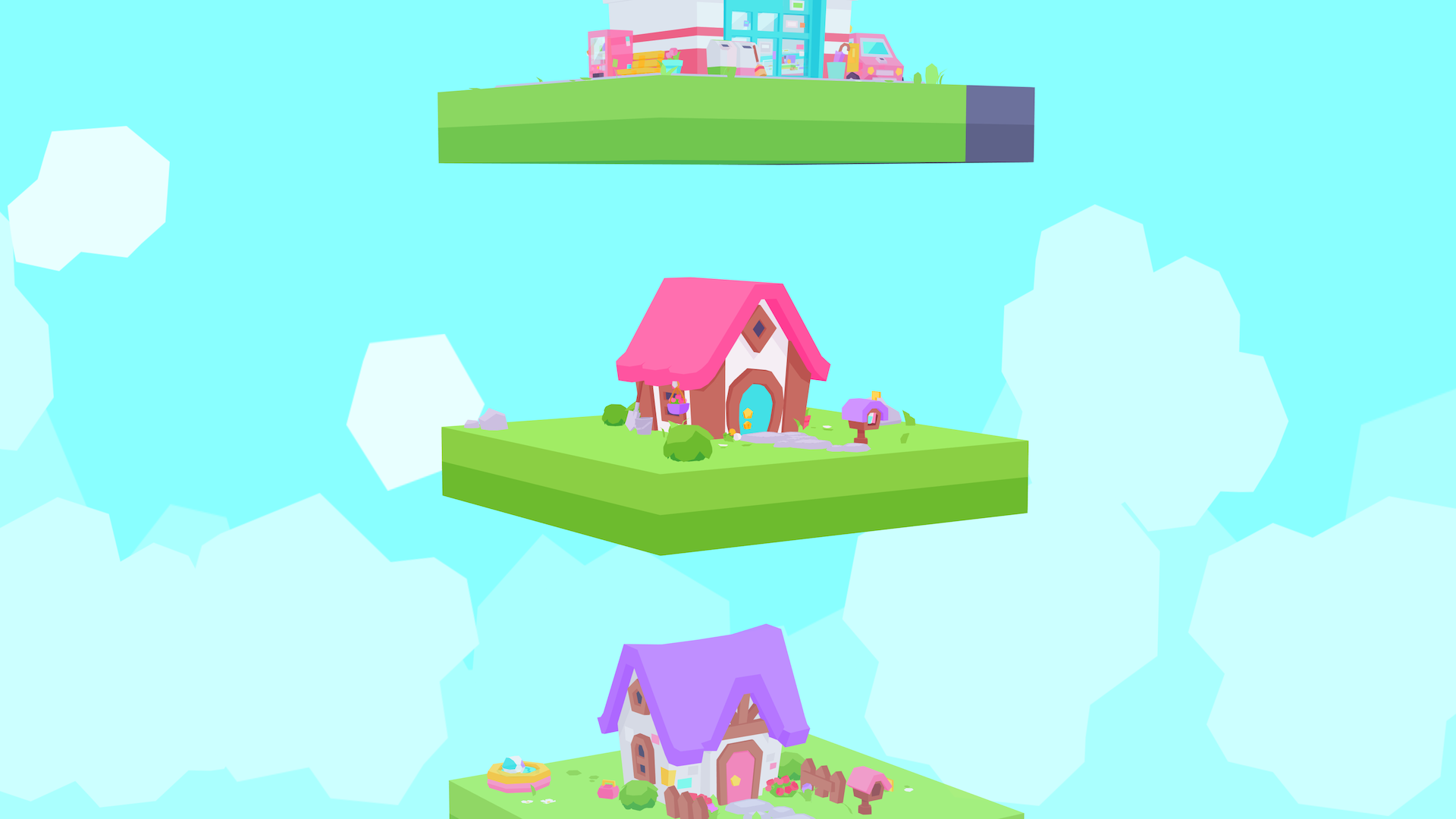 Based on their arcade visits, Shandiin shares that they wanted to feature the social atmosphere of the place in Button City.

“We really wanted to capture the feeling of going to the arcade with your friends. We hung around one a lot, and got to kind of know a lot of the regulars there, and it was really inspiring to see different groups of people just really rally around certain games and compete with each other and support each other, and that was definitely a feeling that we really wanted in the game,” Shandiin says. “Especially like—we’d go to these Splatoon tournaments, and it would just be a bunch of people hanging out, forming teams, playing this game, and that was just like the core culture we really wanted to get at.”

“And then also you were, for a while, taking pictures of like every arcade floor you can find for the carpet,” Ryan adds. 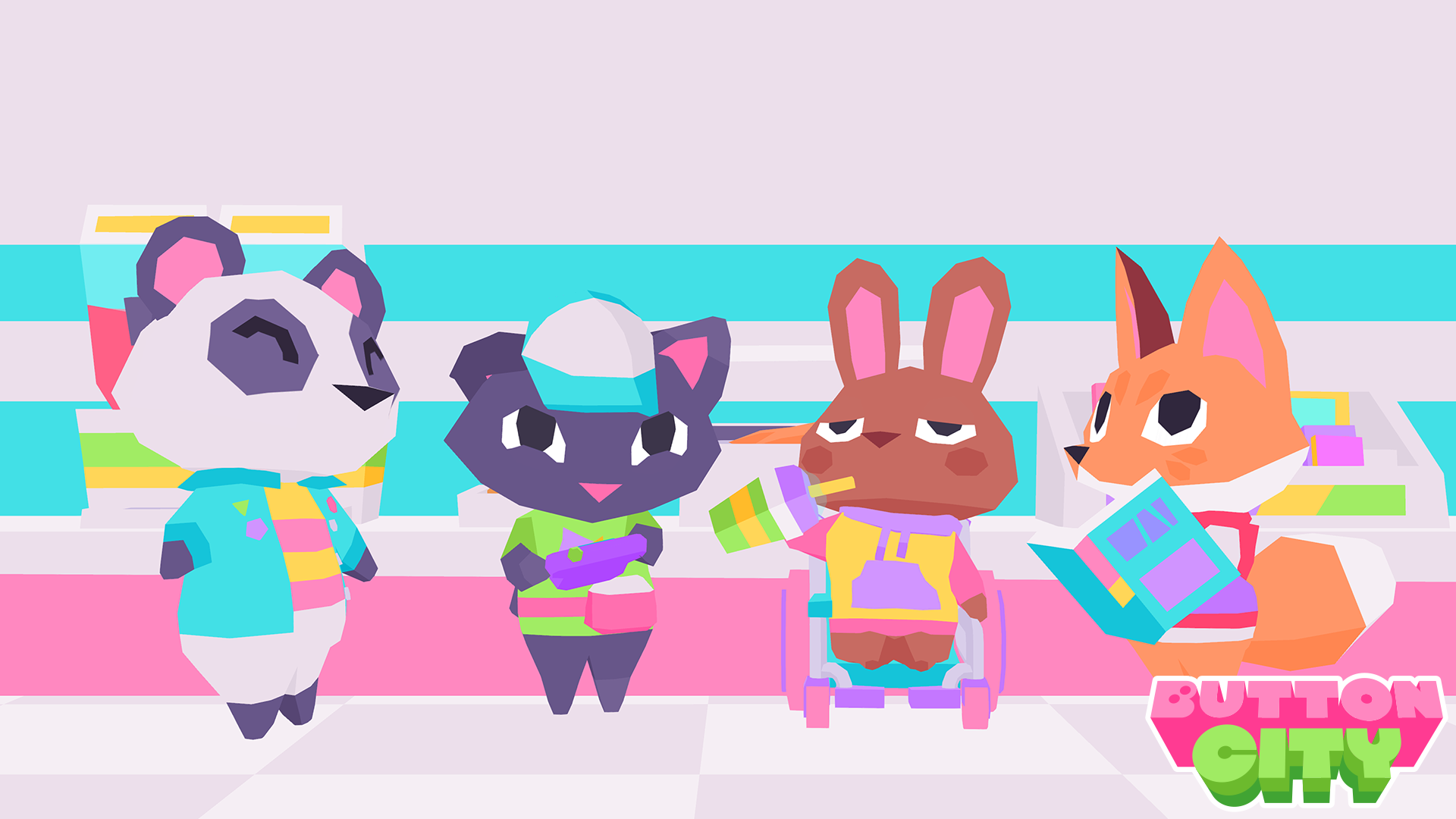 Button City is currently available for wishlist on Steam.

Patterns in the Ivy