Silhouette animation has a long history with clear roots in shadow puppetry. Lotte Reiniger used silhouette animation to create the first or oldest animated feature film The Adventures of Prince Achmed. Since the film’s original release in 1926, video games have emerged as a new form of entertainment and a new medium for animation. Projection: First Light, developed by Shadowplay Studios and published by Blowfish Studios, calls back to that animation legacy while focusing more heavily on the art form’s foundation in shadow puppetry. The game first launched on Apple Arcade, and will be available on Steam, Nintendo Switch, Xbox One, and PlayStation 4 on Sept. 29. 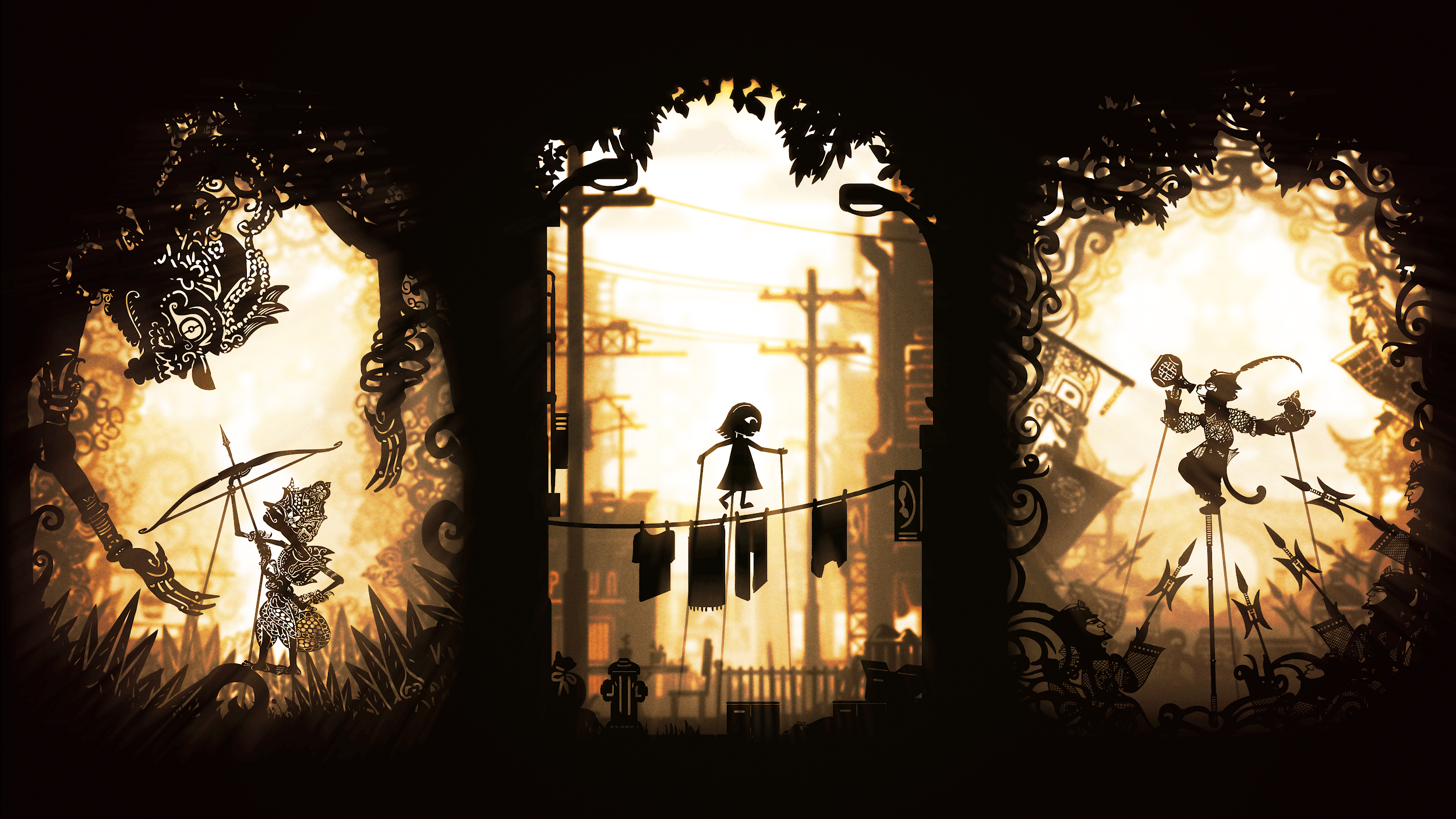 Alyssa Wejebe: Projection: First Light has a very unique look. Its 2D silhouette aesthetic reminds me of other games like Apotheon’s ancient Greek pottery style and Nishan Shaman’s Chinese paper cutting style. Do you have any thoughts on the appeal of making digital games look like older, traditional art forms? What do you think of 2D art in games?

Michael Chu: There’s always an appeal when a medium presents a unique style. It’s intriguing to look at. On top of that though, there’s also something special when you learn that the style is grounded in something real. It feels like you’re educating yourself and seeing a bit of history in the making. As for 2D art in games, there are so many 2D art styles to draw from if not creating your own. 2D art has been around as long as art has existed, and it’s always great to look at. Projection was 2D for more of a mechanical reason originally, as it was easier to understand the shadow mechanics compared to say a 3D landscape.

A.W.: What is the appeal of shadow puppetry specifically?

M.C.: It’s an idea that everyone has heard of, but rarely gets explored nowadays. It’s a bit more of a niche subject and it helps explain why the shadow mechanics work the way they do in this game i.e. that since the world is made out of shadows, any shadows you create will be part of the physical world. 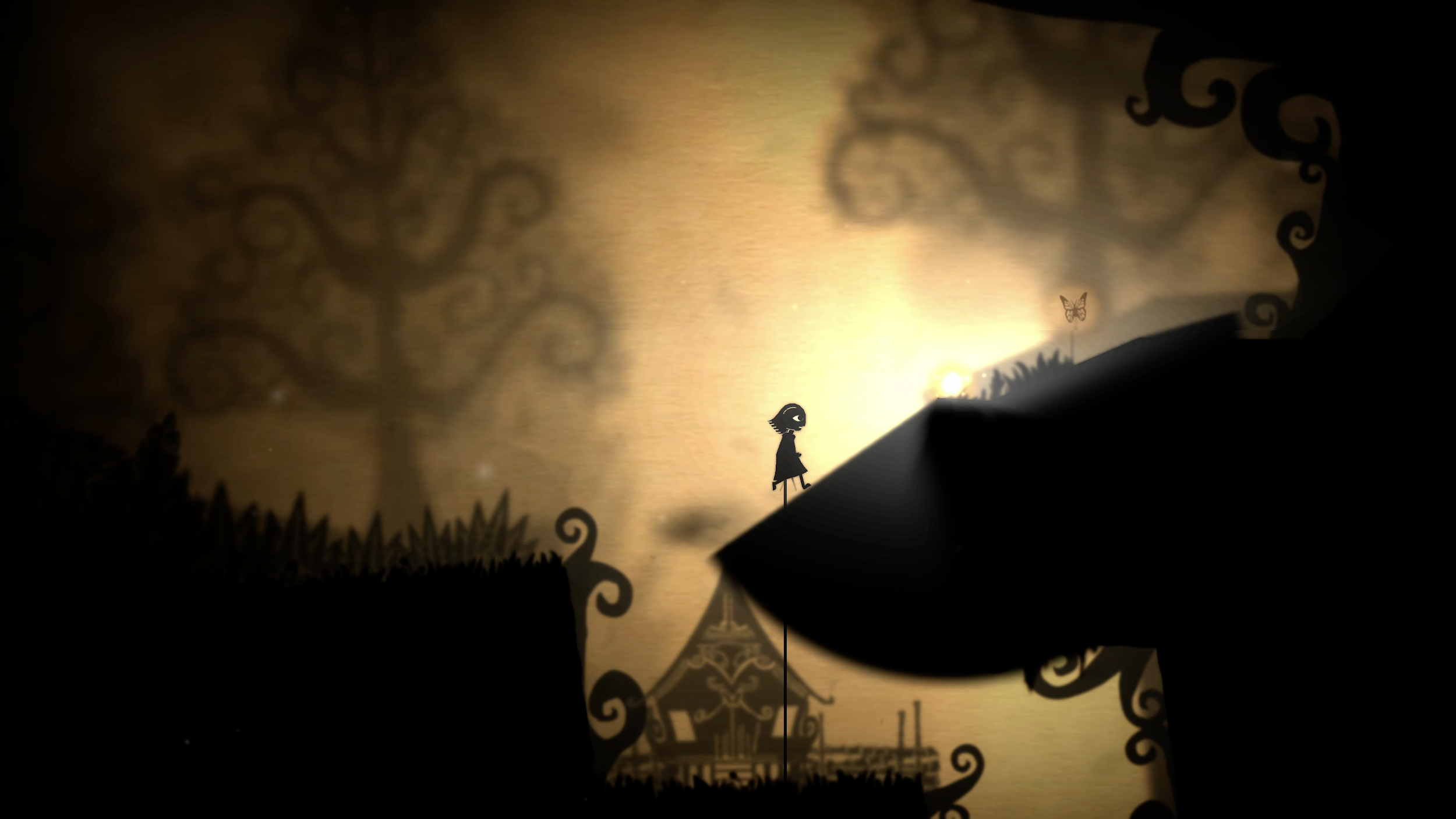 A.W.: How did you research and incorporate the history and culture of shadow puppetry into the game? I read that the team consulted with shadow puppeteer Richard Bradshaw.

M.C.: We watched shows online and in person, went to museums, and got into conversation with Richard as you mentioned. First off, we look at a culture’s shadow puppets, the way they’re drawn and the way they move. Second, we look at the stories told and how it’s conveyed through the puppets. Third, we look at the context of the culture, what does this tree signify or what would it be offensive if we have a statue of the character. We were already making the shadow puppets from each culture early on, but we tweaked as we went along and changed the scene accordingly. As for the cultures, Richard Bradshaw gave us a history lesson showing how puppets moved throughout history from Indonesia and China to Turkey, Greece, and eventually the rest of Europe.

A.W.: Do you have any thoughts on games as a platform for preserving and sharing history and culture in an engaging way?

M.C.: Games as a platform should be no different than films or books or radio for preserving and sharing history, except in the fact that it involves effort on the player’s part. On that front it’s harder, as players have to be invested beforehand compared to say stumbling upon a five-minute educational video. Most players are there to have fun in some sort of way, which is why most successful games have been about the challenge or the action or the strategy, etc., and having the education of history and culture as a secondary feature. I would actually love to play more games where you interact with a specific time period, place, and culture to learn about, for instance, cooking recipes. Sure, there are games which are set in interesting time periods e.g. Assassin’s Creed or Total War, but the game loop is always centered around combat/strategy, and not the everyday way of living in that setting. I do not think it is for a lack of demand, but more about the risk and the money. 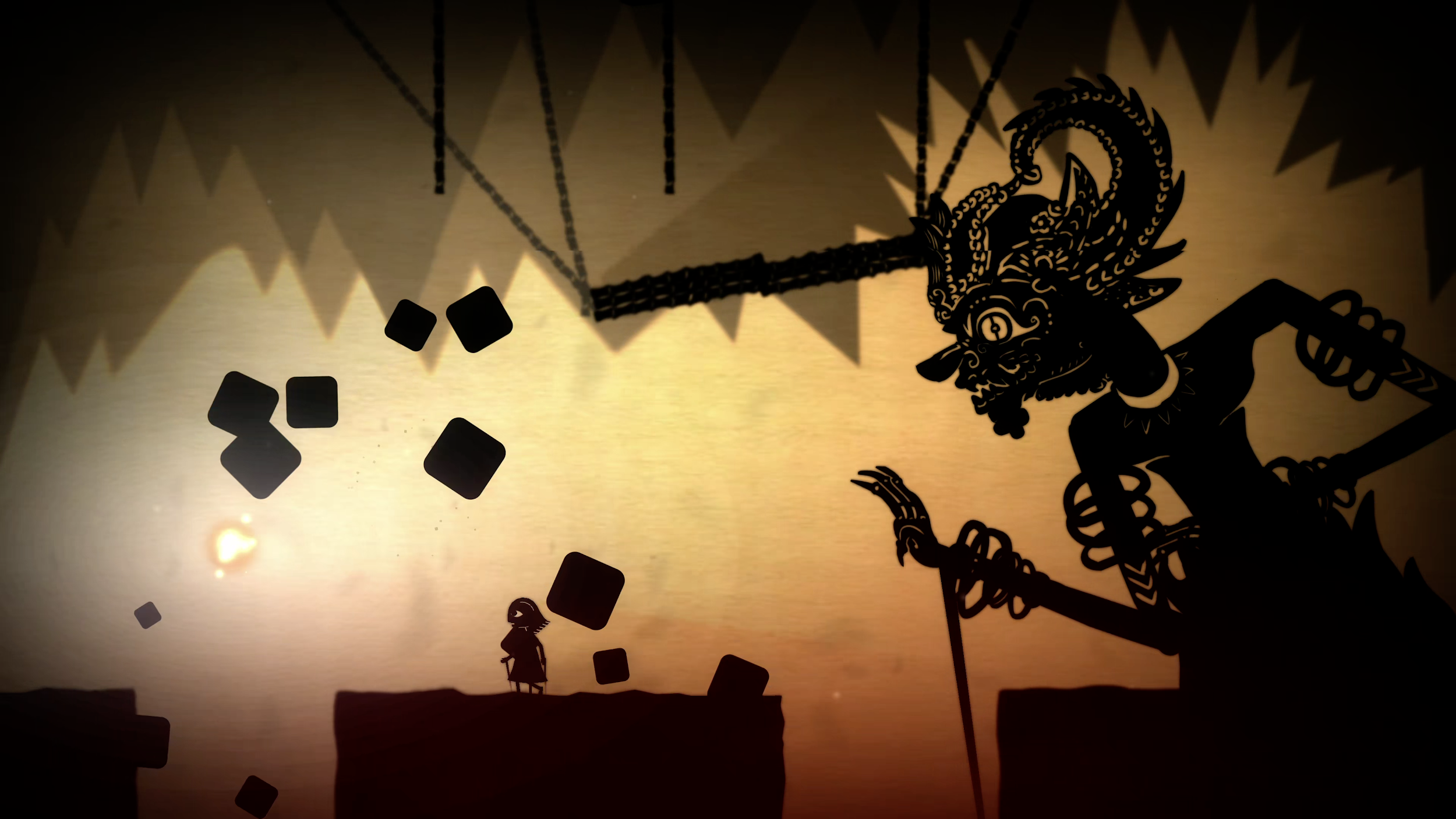 I believe there are actually many games dedicated to history and culture going back to the Carmen Sandiego days, but they do not rake in the same sort of revenue as the mainstream games you see today. Also, I feel like there’s a rise in the amount of half-knowledge spread around the world where the amount we think we know about a subject is vastly less than what we actually know. So it’s important that we as developers continue to spread and share knowledge, but also ensure that it is easy to separate fact from fiction when we’re presenting something educational. There are times where I might collect an artifact in a game e.g. Tomb Raider, and I’m not sure if the item description is based on reality or if it is fictional.

A.W.: Could you talk about the legendary heroes that will assist the player in Projection? I noticed that the Monkey King from the Chinese novel Journey to the West is in the game.

A.W.: How did you approach nonverbal storytelling in the game?

Michael: Thanks to Yosha [Noesjirwan] and some hard working artists at Blowfish, a lot of the legwork is carried through with puppet movements. We try to convey emotions with action and present information in small snippets so players can put two and two together. For instance, Greta jumps on a car to catch a butterfly, the car rolls down a hill and smashes into a wall, an officer drops what he’s holding and starts pointing really hard at Greta, the scene changes to Greta at home with many people in the house complaining while dad tries calming them down.

From the information present, you can piece together that Greta, in her quest to collect butterflies, has inadvertently caused a car to crash and been accused by an officer who has taken her home, along with a bunch of disgruntled citizens who all have been affected by Greta’s troublemaking in some way. It’s never said explicitly, but we can use reasonable judgement to reach that conclusion. On top of that, there’s also the environment. For instance, the colours of China go from a dark blue when facing a fish monster, to yellow/green when Greta reaches safety, to purple when Monkey’s spirit is taken to the underworld, to a deep green when seeing the emperor. There’s a little dive into Wuxing colour theory, but mostly it reflects a dramatic arc i.e. that there are highs and lows of tension and release to create catharsis with storytelling. 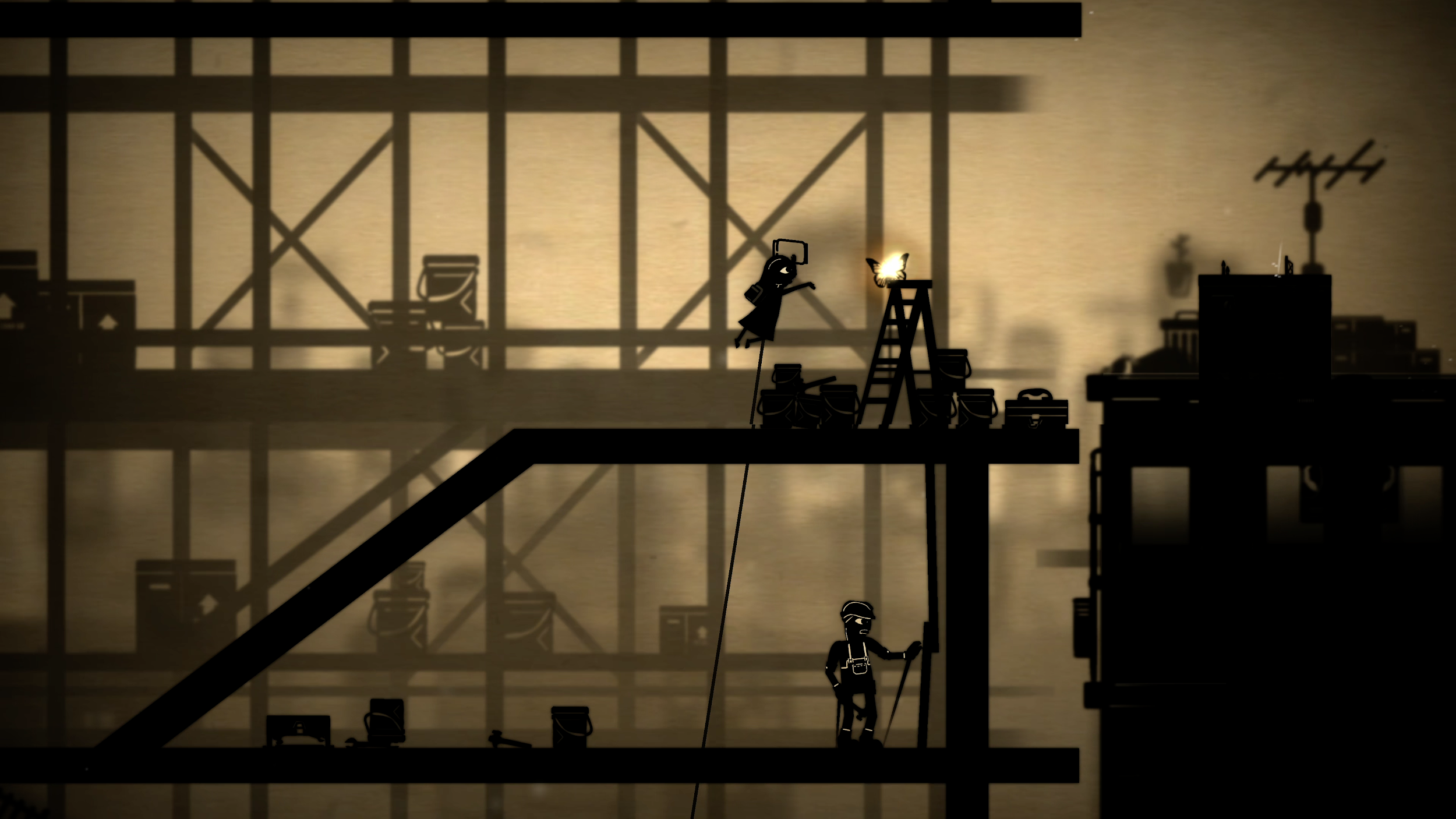 A.W.: How has the pandemic affected Projection? It’s already affected its place in events, with many going virtual like PAX. What was it like at PAX Online this year?

M.C.: It kind of just came and went. Definitely great job to those involved getting an online PAX up, but I do much prefer the physical appearance on the show floor.

At Shadowplay Studios we were already mostly working from home in our off hours because we also have full time jobs outside of working on Projection. So from our end not much really changed.

Maybe The Last Of Us Part II Was Trying To Frustrate Us?