“What we know is a drop, what we don’t know is an ocean.” That Isaac Newton quote is an oft-repeated sentiment in Netflix’s Dark. (It also could be a motto for the Rookie of the Year column, but I digress.) But nowhere does it apply better than in the final scene of the final episode of the series – which, like other great series-enders, is a world unto itself.

Not since Carrie Page’s scream put an exclamation point on Twin Peaks three years ago has the final moments of a show been so satisfying and confounding at the same time. Dark’s ending – a dinner party among Winden pals after the climactic universes-annihilating montage that precedes it – has a simple explanation and a vastly complex one, depending on your mood or how much credit you want to give the showrunners.

I’ve now watched the approximately four minute, 20 second scene four times, and have been leisurely breaking it down in my mind. I haven’t analyzed every last detail by any stretch, but I’ve done enough to put some of it in writing.

Here are four moments that might hint at multitudes – vast new versions of Dark that will never be filmed. Or, if you want, they’re just parts of a fun little epilogue that help wrap up three seasons of mind-bending multiverse-building with a knowing wink. Is it one or the other – or both? Let’s look a bit closer, with rough timestamps as the scene unfolds. 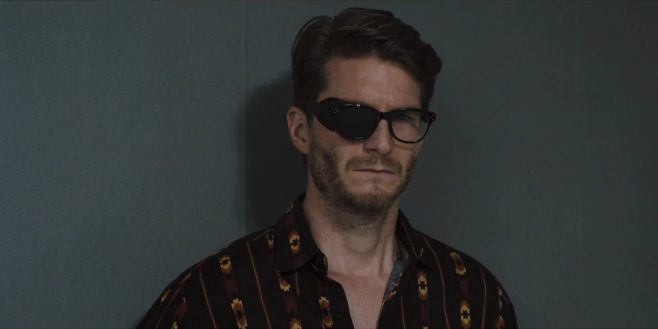 WHAT HAPPENS: Woller has a different physical abnormality in the universes we’ve seen, and we never get an explanation for them. In the final moments of the series, he’s asked what happened to his eye – and he begins to tell the group something they must promise to keep a secret, something about “last summer.” But he’s interrupted by a clash of thunder and the lights flickering out, which is soon followed by a new question: “Is this the apocalypse?”

THE SIMPLE EXPLANATION: It’s a new reality, yes, but essentially a familiar one. And, like Regina and her cancer, his eye is healing! The running joke, therefore, continues – we’ll never get to know What Happened to Woller, leaving us with an endearing memory of a show that otherwise solves so many mysteries that at one time or another seem impossible to explain.

THE COMPLEX ONE: Because there is no explanation given for Woller’s injury, we’re all but explicitly told that there isn’t one true answer. It might seem obvious given the show’s previous plot twists, but one can begin to imply now that the prime universe might not be as prime as we’ve been led to believe in the finale. This opens up a whole new can of worms, continuing next with . . .

1:24: “This is gonna sound completely absurd but…”

WHAT HAPPENS: During the blackout, Hannah looks at a very evocative yellow raincoat on the chair across the room and, clearly unnerved, tells everyone she’s just experienced a strong sense of deja vu. She then tells them the story of a dream she’d had about this very moment the previous night, of the world ending – “It was just dark, and it never became light again” – and the particular sense within the dream that this was a good thing. She had felt the freedom from desire as the past, present and future were all at once stripped away.

THE SIMPLE EXPLANATION: These are concepts that have driven the show, particularly in its third season. It’s a callback to that, while reinforcing the idea that there is always more beneath the surface of our realities. And it has the show’s title right there in the dialogue!

THE COMPLEX ONE: Wanting everything to go dark is the particular goal of Adam in the first “alternate” universe, what he’s apparently determined is the best and only way out of an infinite loop of loss and suffering. Hannah – Adam’s mother, after all – plays a significant, time-traveling role in that. Is she remembering it, somehow, hence the dream and the deja vu? Are we to happily see this as a sign that all that happened in the series hasn’t simply been erased from history? Or . . . are we now seeing a new endless loop, where Hannah is the antagonist? Where Hannah’s goal – mysterious and unspoken – is to break the new knot or even to reinforce it? In other words, we’ve not been placed into any objective reality here but into another split in time, another moment where all things hinge on an encounter, or a decision made or unmade. 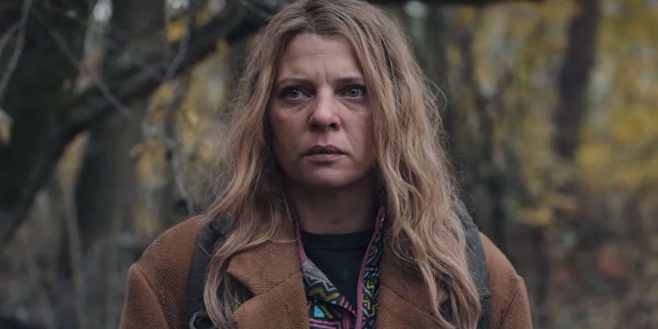 WHAT HAPPENS: To break the dark mood, Katharina reveals her one wish, then leads the group in a toast to it: That their town didn’t exist.

THE SIMPLE EXPLANATION: Ha! Good one, Katharina. Beyond another callback to previous events and themes in the show, there’s this: Winden sucks – it’s a small town full of betrayals and banalities, and doesn’t everyone wish they could escape their lives every now and again? I’ll drink to that.

THE COMPLEX ONE: We’ve seen multiple versions of Winden appear and disappear. What is the real Winden, anyway? We’ve finally arrived at the primary Winden, right, so it can’t disappear. Or can it? Based on what we’ve seen so far, my bet is that it will – at least as much as any version of Winden ever can.

WHAT HAPPENS: Maybe it’s a good thing that Winden doesn’t want to disappear, Woller says, because . . . Hannah is pregnant. When she’s asked next if she and Woller have chosen a name, Hannah seems a bit embarrassed and at first says she doesn’t know. Then her smile disappears and she enigmatically delivers the final seven words of the series.

THE SIMPLE EXPLANATION: Jonas is coming back! We knew he could never be erased! And I bet there’s even a Martha out there for him, too. Maybe not here, but somewhere. Somehow, they’ll find each other. After all, they’re a perfect match.

THE COMPLEX ONE: Jonas has already come back. Hannah has seen his yellow raincoat on the chair across the room. She’s clearly not saying his name wistfully; this isn’t a joyous moment of discovery as a name that just feels right for her unborn son pops into her head. There’s some deeper meaning in that possibility, too, of course, the show teasing us that it’s her destiny, but . . . no, she seems far more likely to be naming her Jonas specifically after someone else. Does she know she has to be the mother of Jonas – because she’s seen it happen? Because Jonas himself has told her? If she’s the new Adam or Eve or even the new Claudia, is this a key part of her plan? Or is the plan someone else’s?

Dark is over. There won’t be a Season 4. Which is perfectly okay. The show tells us so many times that the end is the beginning. And this end, no matter how you might choose to interpret it, delivers on that promise.

The Last Word on When to Quit
Previous Post

I Hope You Hate This