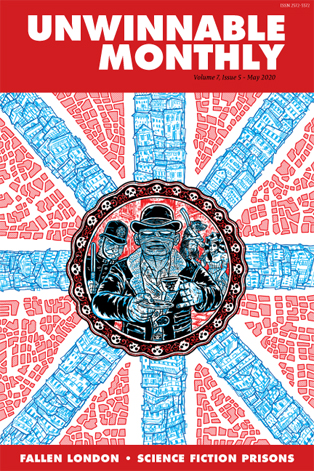 The Other Wind, the final book of Ursula K. Le Guin’s Earthsea series, only slowly reveals to the reader that its ambition is nothing less than a reappraisal of the entire canon its author established over the preceding decades. It’s not a book filled with intense action, and it opens by introducing a character who appears entirely unrelated to the events of the series so far. It’s only later, perhaps halfway or even further through, that the scale of Le Guin’s story comes into fuller view. The book is remarkable in how it respects the works that came before while challenging the expectations placed upon it, however benignly, over years of admiration and study by fans.

Decades of videogame playing have ruined my ability to think about things without referring back to videogames. So I have to admit that, while reading this series which first began publication six years before someone could buy Pong in a store, I was reminded of Shadow of the Colossus, a title released for the PlayStation 2 four years after the final Earthsea novel landed on bookshelves. Colossus tells a story that gradually reveals the dire consequences of the protagonist’s actions. In Colossus, the main character seeks to bring a dead woman back to life by using the magic released in the killing of immense creatures called colossi. As the player progresses, it becomes apparent that in killing these creatures, the hero assists in unleashing a great evil on the world, reshaping the player’s perspective on the protagonist and their involvement in the narrative.

But parallels with Earthsea aren’t so easy. In Colossus, players encounter a world that is bleak, visibly diminished from some former period of greatness. The player explores the ruins of a place long abandoned and senses that their activities are the first this area has seen in many years. Colossus is also, by design, more direct in the ways it guides the audience to unravel the assumptions it entered with – this is a core component of the experience of its narrative from the outset. 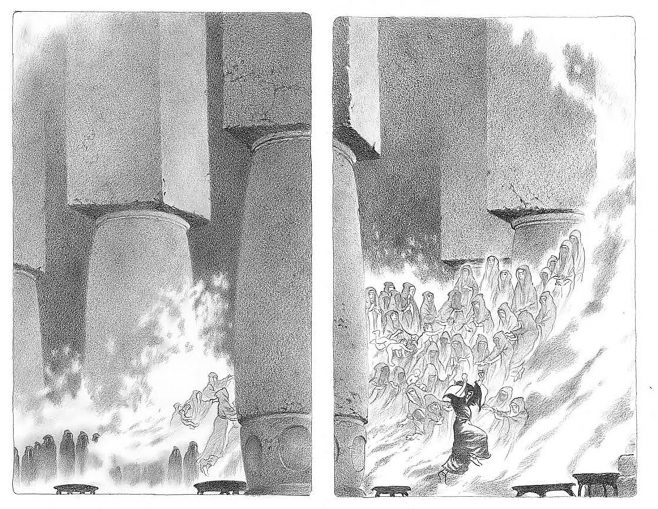 Le Guin didn’t know exactly where her story would take her when she began it in the late 1960s. Her writing process was, by her own account, as much a process of discovery as it was of deliberate invention. So Earthsea does not have the same sense of directionality that Colossus does. It wanders, widening and narrowing its scope as needed for its narrative, attending to different characters and moments in its history as warranted. And its revelations about the nature of its world, and its apparent heroes, sneak in gradually. It’s pretty astonishing to read through now, to see the ways that Le Guin worked, over four decades, to grapple with her own creation, trying to understand its implications and deconstruct its assumptions.

Unlike Colossus, the world of Earthsea first appears vivid and vibrant, and while Le Guin refers to long histories and enormous societal shifts that have already occurred, her characters still seem to inhabit a world with opportunity and adventure. It’s a seafaring realm in which mages can shapeshift and debate dragons and sail beyond the edge of the known world. As the series progresses, the wonders of that world start to change, due in part to the actions of those characters. The horizon shortens, the colors gray. But this is not solely a narrative shift – much of it results from Le Guin’s efforts to reframe and reconsider the world she had imagined years earlier. She discovers overlooked impacts of this magic that seemed so exciting, and as a result, things feel different.

In the first book, A Wizard of Earthsea, and throughout that first trilogy, Le Guin offers a response to the kinds of popular stories that resolve their conflicts through violence and displays of strength. Earthsea is a world in which knowledge takes precedence; the strength that exists in these characters grows out of their efforts to understand the people they meet and the environments they populate. Knowing the essence of something or someone – represented in this series by that thing’s name – grants someone (especially a mage) extraordinary insight, even authority. It’s through this relationship that Le Guin builds up her stories’ conception of magic and its capabilities. The most momentous feats of sorcery in Earthsea don’t always feature the spectacle familiar to other fantasy series. They reflect a mastery of study and investigation, appearing relatively humble by comparison.

Fifty years later, this approach to storytelling retains its boldness. As pop culture remains entrenched in stories about heroes equipped with extraordinary power fighting iterative apocalyptic battles, the story of Archmage Ged and his quest for understanding is still refreshing by contrast. But even this didn’t sit well with Le Guin, who began revisiting her fantasy trilogy in the late ‘80s in hopes of figuring out what she had left unexamined or unquestioned years ago. Over the next decade or so, she wrote three more Earthsea books that upended whatever had been left settled with the conclusion of the third novel. 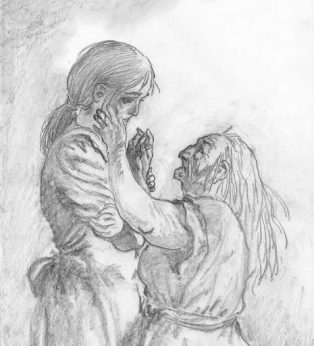 In her second Earthsea trilogy, Le Guin interrogates the foundations of her earlier work. Those first books, for example, defined stark differences between the magic practiced by those schooled in formal institutions – “real” wizards – and the magic practiced by those without that access – principally women, referred to (often derisively) as witches. The second half of the series questions this, revealing the depth of experience that has been dismissed over the centuries while established hierarchies calcified.

Maybe the pursuit of knowledge so treasured by the mages of Earthsea wasn’t always informed by a generosity of spirit and a desire to understand, but by something more exploitative or avaricious – a need for ownership and command over things, a defiance of kinship. And, Le Guin asks, who defines what knowledge is? What constitutes “ignorance” and who benefits from keeping these strict categories in place? Le Guin goes further still, questioning to what extent a comprehensive knowledge of the world can really exist at all. Perhaps there are things that cannot be neatly identified and defined, but might be approached in uncertainty and appreciated for it. In nature, in particular, Le Guin sees the indescribable and reckons that, in its mystery, it might transcend what’s otherwise believed to be possible.

By the finale of the series, the world of Earthsea has changed irreversibly. Established knowledge and magic are forfeited. The scope of transformation includes a remaking of the division between life and death. But Le Guin doesn’t render this transformation as a defeat suffered by the heroes, and she grants her characters the understanding and responsibility to see new ways of life in front of them. History has changed, but they still live in it, still take part in its creation.

The Earthsea saga ultimately asks what it means to favor certain people as heroes, to insist that only some people have the capacity and privilege to participate in the making of culture and community. It wonders what is lost in this insistence, what costs a society incurs from it, and who is disregarded. Then, in so many gestures both grand and minute, the series celebrates the worlds that exist just outside the frame of the hero’s drama. In Le Guin’s telling, those spaces that appear humble or mundane at first may hold the greatest marvels, though it might take some time to recognize them.