It’s kind of weird out there, right now. I imagine I don’t need to elaborate, but like most of the country, I’ve spent several weeks staying home to avoid the spread of COVID-19. No matter how we may flatter ourselves into thinking we’re all gruff loners, most humans need contact with other humans. We are a social lot.

In this current time, we are fortunate to have access to a lot of outlets of entertainment and ways to assuage boredom. The lack of contact, however, is a tougher problem – though one I’ve solved for my own needs. I spend my spare time on Twitch.

Often, when people think of Twitch they think of big-name streamers and the chat rooms full of tens of thousands of viewers spamming the chat room. While there can be fun and fellowship in such an experience, where streaming really shines is when you find smaller streamers that are active with their audience. I watch streamers who have an average of zero to fifty viewers and respond to chat in a positive way.

With that in mind, I wanted to make a list of folks that I watch and enjoy, who have made my life a bit easier and the world a little smaller, and closer together, during a hard time.

Chufmoney is Anthony Gallegos, once videogame journalist for IGN/EGM/1UP, now game designer and host of the popular games podcast RebelFM. Anthony plays a variety of new and independent games, while returning to favorites such as Astroneer and Rainbow Six: Siege. With a friendly and welcoming Discord community surrounding his channel, Chufmoney is great to watch and you may even make a few friends.

An extremely friendly and talkative streamer, AuspiciousAngel is a pleasure to watch. He tends to stick with one game until it is finished, which makes for a great experience watching through episodically, while being able to interact with the person playing the game. His favorites tend to be action/adventure or RPG and he has recently played through Shadow of the Tomb Raider and Assassin’s Creed: Odyssey. If you mention my name when you enter chat, you get a free small Pepsi. 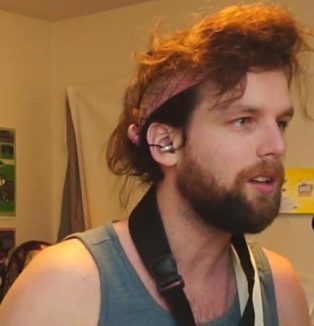 Late one night, I came across this young boy sawin’ on a fiddle and playing it hot. That’s when I jumped up on a hickory stump and . . . Wait, wait, that was a different time. I was just bored one night and cruising through Twitch when I found this dude. Billy is a musician from New Zealand who excels at improvisational music. He takes requests from his audience and plays mash-ups live with his giant collection of instruments. On top of that, he is very nice!

A friend of mine suggested Lonkley as a streamer to watch for the game Barotrauma. He described him to me as the “Santa Claus of Barotrauma,” which is, I guess, somewhat accurate. Since then, I’ve been on board for a lot of the games he plays. Lonkley is a fun guy to talk to and hang out with. He streams a lot of group games, like Monster Hunter World, Barotrauma and Deep Rock Galactic. Also, like Billy, a super nice guy. 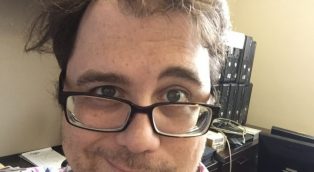 This guy. This freakin’ guy right here. Hoooooooo boy. I stream a variety of games, but tend to gravitate to FPS, strategy and survival games. Most recently I’ve been playing Escape from Tarkov, Valorant, My Summer Car and a few others. Every Saturday night, I host a stream with music requests and mindless gaming. My mom tells me I’m nice, so I got that going for me. Stop by and say hello!

The internet has made our world smaller in many ways. It’s easy to forget, but we can reach out to the other end of the planet in a heartbeat. While physical contact may be out of the picture at the moment, we can still interact with and support those we love. I hope to see you online.

Lord of the Rings Adventure Game