Classic rock sucks, all those bands suck and I would rather drive train spikes through both of my eardrums than ever hear their shitty songs ever again. Van Halen? If Eddie was such a good guitar player, then why is everyone’s favorite Van Halen riff the keyboard intro to “Jump?” Kiss? No one on God’s Green Earth can name more than two Kiss songs, because they’re all bad. Aerosmith? This band sucks so hard they only got famous because Run DMC sampled one of their licks into a much better song*. Nirvana? Bad guitar tone isn’t a personality trait, it’s lazy. Hole has always been better than Nirvana and it’s not even fucking close. Metallica? Actually, Metallica is rad.

You cannot convince me any of these classic rock bands are good and I absolutely reject the idea that I have to treat any of these dumb bands full of these awful dudes with any reverence or respect. Burn the Rock and Roll Hall of Fame to the ground for all I care. Bulldoze the Viper Room and build a Jamba Juice in its place, I don’t give a shit. Anyone caught listening to AC/DC, throw them in prison. Hell, throw AC/DC is prison!

AC/DC is the worst offender of all this classic rock nonsense. Just because they’re old doesn’t mean they’re good. Which is what this whole thing really boils down to. For some reason, when it comes to rock music, we’ve equated age with quality. That’s like calling doctors in the 50s who used to tell patients cigarettes were good for them pioneers of their industry. No, they were fucking idiots and deserve to be treated as such. Same with AC/DC. Brian Johnson, at best, sounds like Mrs. Doubtfire, and at worse sounds like a cat in a blender. Angus Young is a terrible, uninspired guitar player, who writes one riff a song and plays it for six minutes straight. Also dude is 64 and still dressing in that school boy’s uniform. Get the fuck out of here with that. Can you even name the other members of AC/DC? Of course not! There’s uhhhh Angus’ brother and then a drummer and bassist. No one knows who they are because they’re completely unremarkable musicians. We only know who Johnson is because his voice is unforgettably grating and we only know Young because of his schoolboy gimmick. 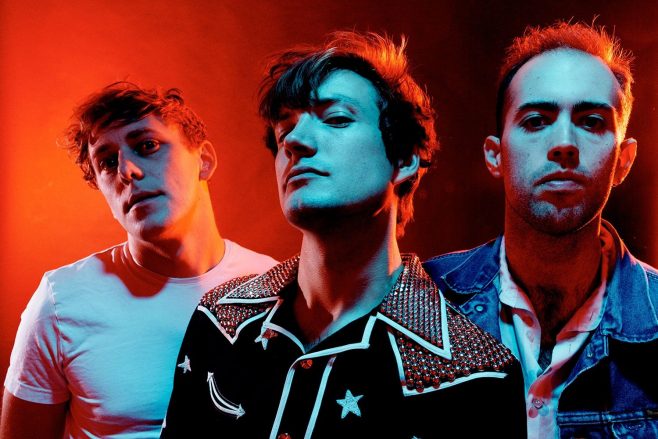 Individually, they all suck. As a whole? Even worse. Take “You Shook Me All Night Long,” arguably AC/DC’s biggest song. On every level, this song is obnoxious, offensive and a waste of the listener’s time. For exactly 30 seconds, you get the most basic, rudimentary guitar riff under the sun droning on as if building up to something epic. Instead, Mrs. Doubtfire comes in with the lyrics “She was a fast machine, she kept her motor clean,” setting the stage for what this whole song is about: comparing a woman to a car, then having sex with that woman. Or the car, I’m not sure. And then it just goes on like this! Three-and-a-half minutes of misogynist dribble about how a woman is a car, backed by uninspired drums and the unforgettable thought that there’s a grown-ass-man wearing a schoolboy uniform in the back of this song somewhere.

This is not a debate. Do not tweet at me or email me your counterargument. I will not respond. The best you’ll get is me briefly considering buying a plane ticket to whatever idiot town you’re from, flying there and smacking some sense into you. But rather than do any of that, I will listen to The Dirty Nil, the saviors of rock and roll. 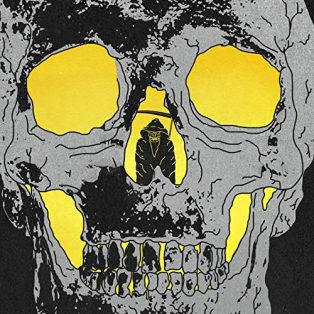 The Dirty Nil’s 2019 album Master Volume is not interested in trying to be anything it isn’t. It knows exactly the kind of album it is – loud, simple, short and full of energy. Over the course of 10 songs (only one of which exceeds four minutes, by the way), guitarist and vocalist Luke Bentham never hides what his lyrics are about. Sure, the guy’s not going to win the Pulitzer Award for Poetry, but he writes with a bluntness that seems to reject any idea of interpretation. When he’s only got two minutes and some change per song to get his point across, he’s got no time to say anything but exactly what he means. You know what that is? Relatable. He talks to listeners like they’re human beings. He has something to say, so he’s going to say it, then move on to the next thing.

Master Volume operates by a less is more logic. Since almost every song on the album is between two and three minutes long, The Dirty Nil puts its best material forward. No filler riffs found here, just hook after hook. When Bentham dips into a guitar solo, he gets right to the heart of the matter, quickly getting into the part, then getting out. This is all accentuated by some of the best rock guitar tone in recent memory. Describing tone is a fool’s errand, just go listen.

The Dirty Nil, in just one 39 minute album, is more intelligent, interesting and fun than most classic rock out there. Master Volume is fun, loud and never talks down to you with bad metaphors masked as profundity or belittles your intelligence with vapid lyrics about fucking a car. By stripping away everything that’s made rock and roll terrible over the last 30 to 40 years, getting back to the core of the genre, three kids from Ontario, Canada, have made an album far better than their contemporaries and their predecessors. They aren’t desperately trying to convince you that you should be impressed, they’re showing you song after song why you are impressed.