As I’m sure is the case with most/all of the folks my age, I spent a lot of time in the ’80s and ’90s watching cartoons after school and particularly on Saturday mornings where I had a whole 24 hours before I had to think about any assignments that might be due on Monday. The quality of the shows didn’t matter so much, seeing as I was a kid who was edging up on double-digits in age at the time. But here’s the thing: that feeling of not having to think about anything else; of letting myself become absorbed in these admittedly ridiculous worlds and stories; of drinking in the visual spectacle (it was impressive at the time for a child, anyway) – it was something I hadn’t felt in so long I’d forgotten what it was like or that I kind of missed it. And then Netflix goes and drops a shit-ton of nostalgia bombs that feed into those very specific parts of my brain all nonchalant like it’s nothing. Like they’re handing me a Rubik’s Cube to shut me up during a long car ride.

Granted, as of this writing, I’ve only watched a couple of the streaming giant’s reboots – She-Ra and Carmen Sandiego to be specific – but that’s more than enough to get me excited for more. By which I mean more seasons of said shows, as well as the other reboots that are currently available. Yes, that includes Reboot and I’m quite aware of the implied joke, thank you very much. But getting back on track, holy shit these shows are great. The best analogy I can make is going to go over a lot of heads but I’m gonna give it a shot anyway: watching these shows feels like when I get my hands on a modern update toy of a Transformers character that I used to own back in the day, where the new toy makes me feel like I remember feeling as a kid when “huge” was pretty small and stuff like that. That’s how this feels. 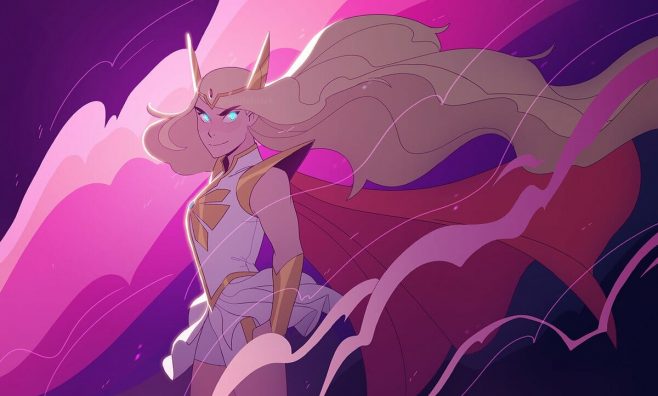 Both She-Ra and Carmen Sandiego capture the spirit of their respective originals but update everything so that it can appeal to an all-new audience while tapping into older viewers’ nostalgia and also keeping things feeling fresh even though you might think you remember how the story goes. Carmen Sandiego was a pleasant surprise because it manages to homage both the cartoon (called Where on Earth Is Carmen Sandiego) and the game show with the world’s best theme song you’ve probably already started to hear inside your head as you read this. It picks and chooses the most memorable elements from both (minus the aforementioned theme song, sorry) and makes them work together, while also providing the requisite cultural and geographical information that was always present, and gives us a new take on the story of Carmen that grows and changes from episode to episode. And it’s goddamn gorgeous to look at, can’t forget that. Also let me say I was not expecting Carmen Sandiego of all things to be the kind of show that drops a revelation in the last episode of the season significant enough to make be say, “Oh shit!” out loud. That’s literally a thing that happened.

She-Ra was an even bigger surprise because it was the first Netflix reboot I watched and it was on a whim. Not only is it significantly better than the 80s original (which I’m only partially familiar with due to its connection to He-Man and some YouTube reviews) and, let’s be honest, that’s not exactly a challenge, but it does some interesting stuff both with the world and the characters. I had to ask Diana about a few things since she had way more experience with the original cartoon, but it’s confirmed that virtually all of the characters are nothing like they were originally and the show is all the better for it. Everyone has depth and goals and actual emotions, to the point where more than once I found myself sympathizing with baddies like Catra and Scorpia. Hordak, the pig-snorting doofus who’s even more of a useless dork than Skeletor, is legitimately threatening. She-Ra herself isn’t a product of Eternian magic but rather of super-advanced alien technology. I’m also into how much diversity and representation there is on display versus other kids shows and it’s all handled in that perfect “it’s a thing that nobody’s going to point out or make a big deal out of” sort of way. Some characters are gay, very few characters are “white,” and that’s what it is and I love that they’re all allowed to just be, with no awkward explanations given or needed. 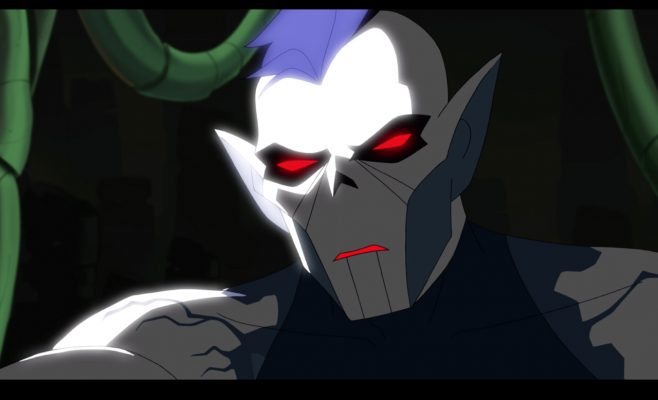 In truth, these Netflix reboots make me think of Avatar: The Last Airbender. Which if you haven’t seen it you need to see it. They remind me of Avatar not necessarily because they’re of the same god-tier caliber of “best animated show ever shut up don’t @ me” but because they clearly don’t give a shit about the homogenous status quo. They don’t dumb themselves down because they’re “for kids” and they don’t shy away from somewhat more serious themes. The heroes don’t always win. The villains aren’t always objectively evil. They aren’t filled to the brim with white men in lead roles. And they’re straight-up worth watching – especially if you have fond memories of curling up in front of the TV on Saturday mornings while the rest of the world melts away 30 minutes at a time.

Rob Rich is a guy who’s loved video games since the ’80s, and has had the good fortune of being able to write about them. The same goes for other nerdy stuff from Anime to Godzilla, and from Power Rangers toys to Transformers. He gave up on Twitter because Twitter is garbage, but you can still find him on Instagram and Mastodon.

Marvel’s Offshoots Are Way Better Than Their Big Films