Last month, I introduced myself to all of you beautiful, talented Unwinnable readers. This month, I’m hoping you’ll tell me a little about yourself. Who are you? Where are you from? What kind of hip hop tickles your fancy? And, probably most importantly, who should I be covering that I missed? Have I been sleeping on somebody you love, or do you have an album that other Unwinnable readers would love? Hit me up on Twitter @noahjspringer or on my website www.noahspringer.com and let me know! I’d love to know what music you guys are into, and whether you’re digging my tastes!

I was disappointed that Injury Reserve didn’t blow up off of their debut studio album last month, but I guess I can’t force fame. Regardless, Injury Reserve marks the trio’s third project and it continues their tradition of grimy but clear production, mixed with pop aesthetics and playfully traded verses. They are strictly a product of an Arizona-suburban culture that is inundated with hip hop through the internet, but it makes their music distinctly contemporary and unique. They ride the edge between experimental and pop hip hop, and maybe if they fell off a little further into the pop side of that ridge, they would get the clout they deserve. 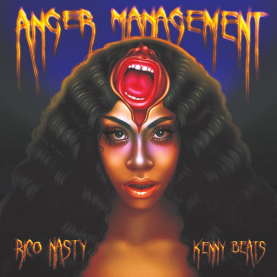 This short EP starts out hard and doesn’t let up. Rico spits angry verses over industrial(ish) production from the boards of Kenny Beats. Her raspy delivery and Kenny’s aggressive beats make Anger Management an uncompromising album, if a short one. Rico blasts us with energy and anger, but it feels a little different from her previous work. She’s evolving, and we get to come with her on this journey, even if it only lasts 1,125 seconds.

The dream of the 90s is alive in . . . South Philly? Well, it is at least in the mind of Zilla Rocca. 96 Mentality is an unapologetically 90s, east-coast rap album. Nobody is messing with autotune; nobody is crooning odes to their lovers. Rocca spits hard bars over boom bap beats, backed with big horns and a golden-age aesthetic. Not that I even have a problem with autotune or crooners particularly, but sometimes, it’s nice to relive the feelings of a classic era of hip hop with the energy of today.

If Humphrey Bogart starred in a Jordan Peele movie, Loop Drama would be an ideal choice for the soundtrack. giallo point’s noir-inspired samples and instrumentals create an eerie, paranoid vibe, perfect for a smoky bar with a neon sign that says: BLUES. Soft jazz horns and dusty drums echo out of back rooms, while ominous voices give quiet instructions to men in trench coats. Noir and hip hop may seem like a strange combination, but Loop Drama proves that odd couplings can provide some dope beats.

Psalm One – Flight of the Wig 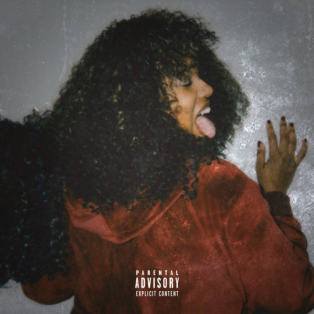 Flight of the Wig is album that fundamentally speaks to this moment. Psalm One attacks all of the standard targets of politically conscious hip hop (white supremacy, systemic poverty, government-sponsored oppression), but she also works in targets that are often overlooked by the standard-bearers of politics in hip hop. Psalm One is here for the LBGTQ+ community and the feminists and for anyone who doesn’t fit into the standard hip hop narratives, and she’ll let you know when you’re on the wrong side of history. She speaks to the now, but her lyricism and messages are timeless.

Noah Springer is a writer and editor based in Boston. You can follow him @noahjspringer