This month, I find I have no big thoughts, but a handful of smaller ones. Let’s take a look before they vanish into the ether.

Draugen caught my eye recently, something rare for a videogame these days. It is a mystery game, set in Norway in the 1920s, and follows a man and his young ward as they investigate the mysterious and possibly supernatural disappearance of an entire town. Ragnar Tørnquist, whose work on The Secret World I enjoyed immensely, was at the helm. After a promising start, the game takes a turn so laughably stupid I can scarcely find the words for it. It is one of those reality-shifting twists and it is so overwhelming that the game’s central mystery nearly vanishes under its weight. Disappointing to say the least. At least it was short. 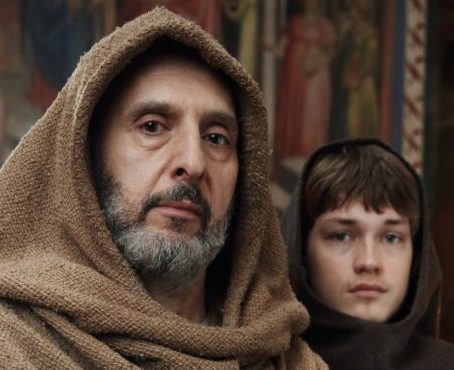 The TV adaptation of Umberto Eco’s The Name of the Rose is a curious thing. John Turturo obviously relishes his turn as an enlightened English monk detective so much that I can overlook how obviously not-English he is. Rupert Everett is his foil, the monstrously threatening inquisitor Bernardo Gui, who I hated to the core in the book and perhaps loathe even more now. The performances by them, as well as the international supporting cast, are the primary reason to watch.

There is a lot going on here that feels like commentary on our current moment in time – particularly regarding the ugliness of human impulses – and it acquits itself well. Certainly better than the movie. However, when all was said and done, the eight-hour show mostly served to illustrate how deeply complex the novel is in comparison. This is apparent thanks to some alterations to the plot that, while understandable, shift and undermine some of the source material’s core themes to the point that I am not sure what message I was supposed to take away.

Meanwhile, my journey through the original Magnum P.I. continues to entertain in the sort of surprising ways that occur when you go into a thing with no real expectations, which is beyond refreshing in the current age of high stakes prestige television. I am in Season Three and, while most of the individual plots fade from my mind directly after watching, I am impressed by how vividly the characters have grown, and through that growth, created a compelling little lived-in world. I look forward to watching the next episode far more than I expected. 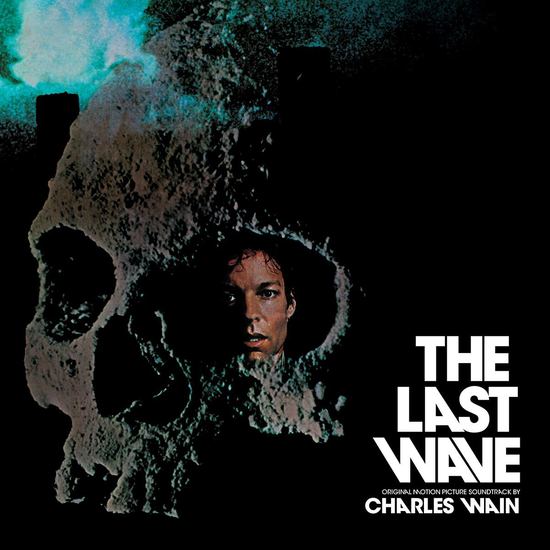 Peter Weir’s often overlooked 1977 Australian film The Last Wave is a masterpiece of cosmic horror. You should watch it if you haven’t already. I love the movie, so when I saw Light in the Attic had the score on sale, I snagged the LP on a hunch. Turns out, there is some real mystery around the soundtrack, which is a haunting bit of early experimental electronic music for film on par with, say, Tangerine Dream’s soundtrack for Sorcerer, or early John Carpenter. The soundtrack was never issued at the time (likely due to the film’s poor reception domestically and the lack of a US theatrical release) and there is some question as to the identity of the composer, Charles Wain. The score is Wain’s only credit and the original masters vanished until being recently discovered in a storage locker.

It turns out, according to the liner notes, that Wain was an alias of Groove Myers, an advertising composer with a subversive streak, which is a bit underwhelming. Still, the soundtrack is haunting and well worth seeking out if late 70s existential dread in synthesizer form is your catnip. 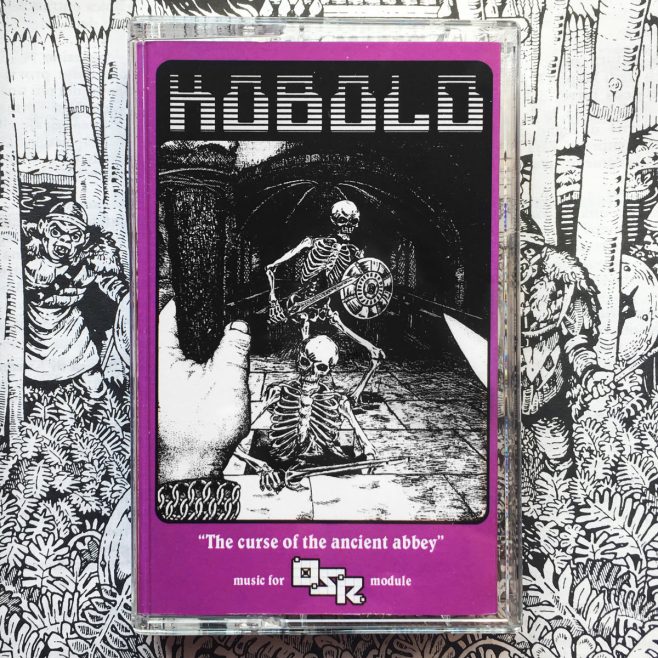 Have you ever heard of dungeon synth? That’s the actual name of a very strange sub-genre of music, if you can believe it. My first entry into its mysteries was a project called Kobold. Go ahead and check it out, I’ll wait.

Kobold delighted me when I first discovered it. The album art’s old school Dungeons & Dragons aesthetic wasn’t exactly a tough sell, but the music itself strongly reminds me of the NES version of Shadowgate, one of my favorite games of that era, which has a soundtrack that still occasionally gets stuck in my head. Kobold’s label, a tape cassette-focused outfit in Milan called Heimat Der Katastrophe, has a catalog of similar fare, ranging from projects that skew more toward chiptune and those that embrace a darker, ambient style. All of it, more or less, is marketed as background music for you Dungeons & Dragons game. In this, dungeon synth seems like a pretty good name.

Except, in looking for more dungeon synth in pastures beyond HDK, the sound turns harder. This is because dungeon synth apparently has its origins in second wave black metal. What? Or, perhaps more accurately, as someone suggested to me, the DNA comes from the work of folks like Wendy Carlos and Brain Eno as filtered through the preoccupations of 90s black metal acts. The resulting motley of material collected under the Dungeon Synth banner is eclectic to say the least (though strangely unified in all probably making for good background music for a D&D game) and provides clear evidence that engaging with music through the lens of hard-edged notions of the genre is probably folly. 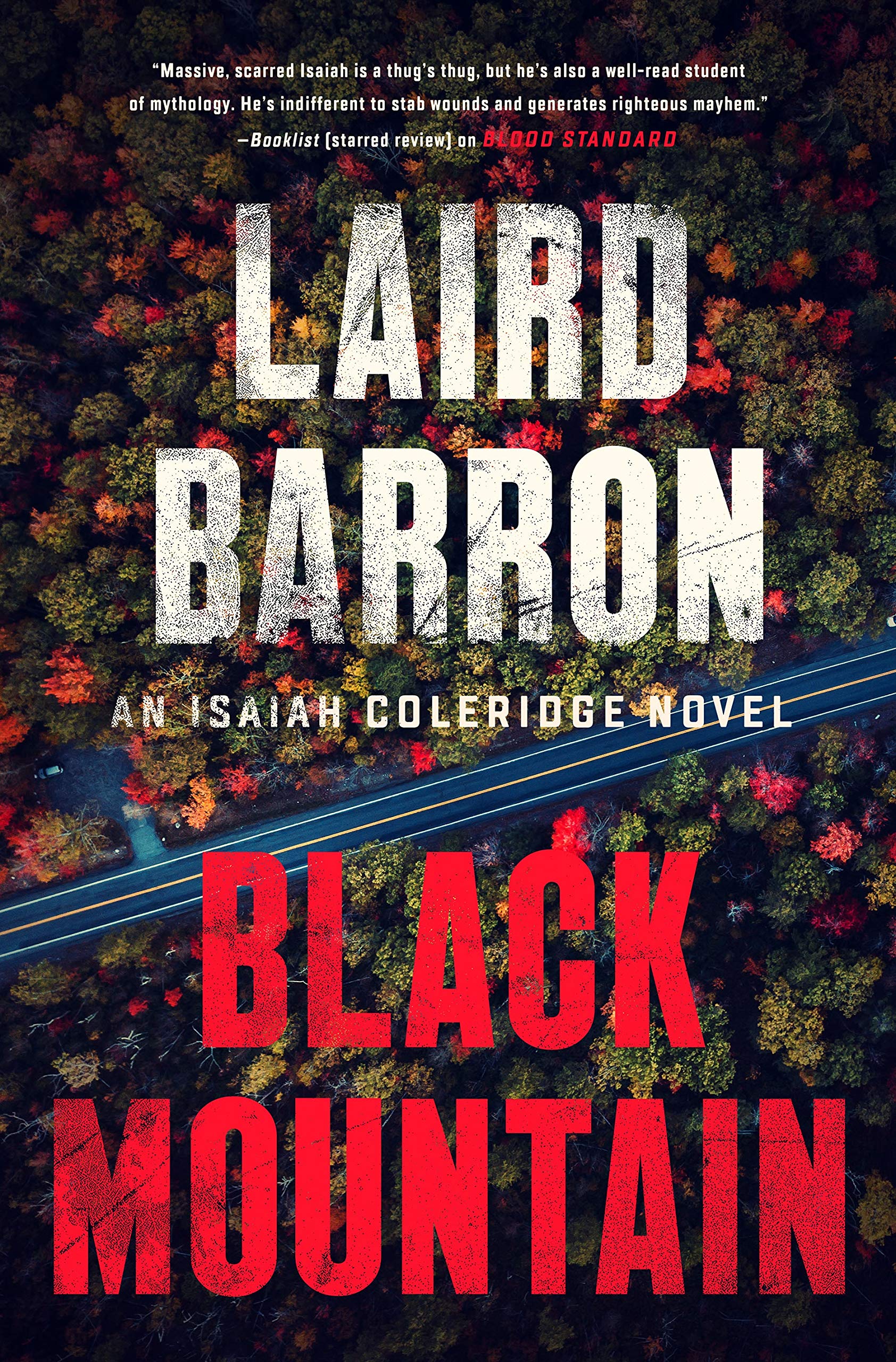 There’s a point, somewhere in the middle of Mad Men, when Don Draper goes upstate with his wife to check out a Howard Johnson. They get into a fight and Don drives off in a rage, leaving his wife behind. When he cools off and returns, his wife is gone. At that moment, it seemed like the show was at a pivot point, that the previous five or six seasons about an ad agency was actually a long con set up for a crime show that could have gone in a million different, thrilling directions that would have melted audience minds: a kidnapping plot, a Wrong Man story (a murder rap, even an erroneous one, would unravel Draper’s life in spectacular fashion), even a serial killer tale. It wasn’t, though, and I stopped watching soon after.

I read Laird Barron’s latest novel not too long ago. Barron, whose horror work I fell in love with five years ago, has recently transitioned to crime fiction, debuting his Isaiah Coleridge series with last year’s Blood Standard. I don’t care if Barron writes horror or crime or romance novels; dude can write like a punch in the face and I am going to read whatever he puts out. Some, however, lamented “losing” his horror talents to more mainstream fare.

The joke is on those folks. The second Coleridge novel, Black Mountain, is, well, it reminds me of that moment in Mad Men. You can feel that something is wrong (in the right way) from the very first page: the thing is soaked in the nihilistic cosmicism that flavored so many of Barron’s earlier stories. It sure is a crime novel – there are murderers and hit men and extortionists and heavies to spare – but holy crap, by the end, it is one hell of a horror novel, too.