The Marvel Cinematic Universe concluded the Infinity Saga, the storyline that the series has been cultivating over the past eleven years, with Avengers: Endgame in April. At the same time DC’s television universe, which is comprised of six shows airing on The CW, is working its way into its final act, with a planned 10-episode season of Arrow, the show that started it all, wrapping up later this year. As these two superhero universes reach the conclusions of years-long arcs, it’s hard to not compare the set of values both have when it comes to representation, particularly when it comes to the queerness of these heroes and how they’re portrayed alongside their cis straight counterparts.

The contrast is best captured by Legends of Tomorrow, DC’s supergroup show comprised of several characters from Arrow and The Flash, which now has its fair share of original characters as seasons have gone on. In the latest season, the de facto main character Captain Sara Lance, the White Canary, spends much of the show working through her relationship with Ava Sharpe, discussing marriage, home life and growing old together all while saving the fabric of time itself by leading a group of time travelers as they attempt to thwart those who threaten history as we know it. By her side is John Constantine, a wizard attempting to right the wrongs of his past where he sent his boyfriend Desmond Laveau to Hell tethered to a demon named Neron. Constantine’s attempts to save Desmond, and in turn, the world from his demon host’s plans plays in not only to the character’s personal story but also into the A plot of the whole season. There’s even a scene where, after Constantine has ruptured the timeline by going back in time and breaking up with Desmond, preventing the cataclysmic events to come, the timeline is repaired by a mended relationship and a kiss.

Queer love is actual magic in Legends of Tomorrow and it doesn’t end there for DC’s television universe. Between Supergirl, Black Lightning, Arrow, The Flash, Legends of Tomorrow and the upcoming Batwoman, DC’s shows have had queer characters from a multitude of backgrounds, with relationships as essential to the stories each show has told and as fleeting as any short-lived straight relationship television tends to chronicle. 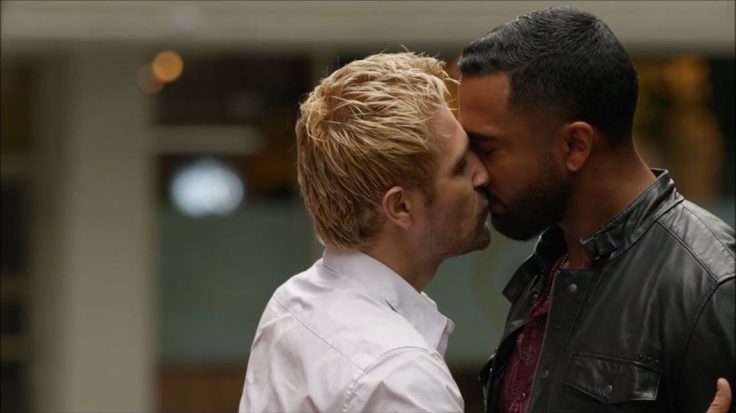 Compare this to the Marvel Cinematic Universe, and it becomes clear the multi-billion dollar film series could learn a lot from its direct competitor.

In the first hour of Avengers: Endgame, there’s a scene featuring Captain America sitting in a support group where survivors are coping with the loss of their loved ones after Thanos’ catastrophic snap that wiped out 50 percent of the known universe in Avengers: Infinity War before it. One character, in particular, an unnamed man in the group, discusses his first attempt at dating again after losing his partner. He mentions his date was with a man, and while it was a hard hurdle for him to jump over, he plans to see him again. At this point, it’s been five years since Thanos won, and the wounds are still fresh. In isolation, the scene is good. It demonstrates that even for people outside of The Avengers who we don’t follow in these movies, the loss of all these people was devastating, and it’s changed the lives of everyone who’s still left.

Once the scene is over, that through line of grief drives the movie forward. It’s a small moment in a larger-than-life story that is thematically appropriate and in the giant undertaking that is the three-hour long culmination of ten years of movies, it fits in nicely with Endgame’s thesis.

But outside of Endgame’s story, this scene carries with it the baggage of a decade of calculated decisions to exclude queerness from the Marvel Cinematic Universe and an entitled expectation on Marvel’s part to receive praise for doing the bare minimum.

In an interview with Deadline, director Joe Russo, who plays the unnamed gay man, discussed the scene, framing it as a major moment for representation in Marvel’s multi-billion dollar film franchise.

“Representation is really important,” Russo said. “It was important to us as we did four of these films, we wanted a gay character somewhere in them. We felt it was important that one of us play him, to ensure the integrity and show it is so important to the filmmakers that one of us is representing that. It is a perfect time, because one of the things that is compelling about the Marvel Universe moving forward is its focus on diversity.” 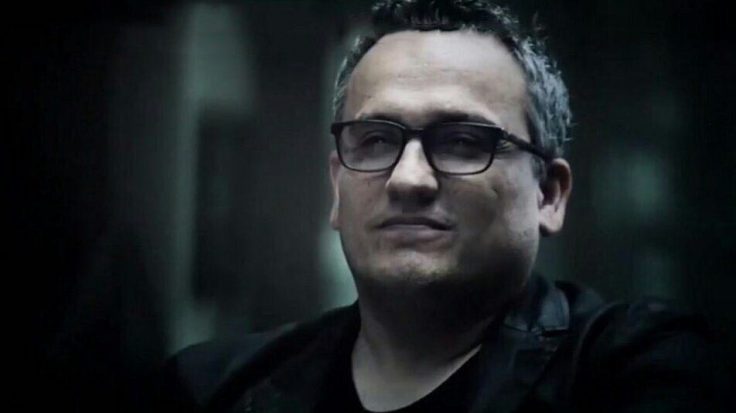 Russo claims that diversity is a pillar to the Marvel Cinematic Universe, and yet, when it comes down to it, an overarching story that has spanned the entire globe and even ventured into a larger galaxy took 22 movies to acknowledge queerness in any fashion, and it came in the form of an man with no name, who is on the screen for about a minute of screen time and played by a straight man who just sat in front of the camera and said a few lines that informed an audience of millions that at least one gay man exists in this vast universe of superheroes and supervillains.

In the same interview, Anthony Russo says he hopes that his brother’s one minute of screen time will hopefully help push change in territories where homosexuality is still criminalized.

“We’ve seen it now even in countries where people countries where homosexuality isn’t as free as it is here,” Anthony Russo said. “It’s actually one of those elements of these movies that I think resonates in challenged places in the world as well.”

If Marvel really wanted to make a statement and push the boundaries of what certain societies deem acceptable, it would do more than passively acknowledge that queerness exists in its universe, and it has had plenty of opportunities over the years. Marvel’s lack of queer representation is a sin of its own doing, and that ten years of movies full of heteronormative views of love, sex and heroes themselves are only willing to budge for the least committal scene the Russo brothers could fathom feels in line with the franchise’s treatment of queer characters leading to this point.

Tessa Thompson, who plays Valkyrie in Thor: Ragnarok and Avengers: Endgame, revealed in an interview with Rolling Stone that at some point during Ragnarok’s production there was a plan to explicitly reference the character’s bisexuality, only to be cut because it “distracted from the scene’s vital exposition.” Thompson goes on to say that she had to come up with her own personal story that one scene in the film represented Valkyrie watching her lover die, despite nothing that concretely points to such a relationship ever existing.

“There’s a great shot of me falling back from one of my sisters who’s just been slain,” Thompson told Rolling Stone. “In my mind, that was my lover.”

It’s worth noting Valkyrie is present in Endgame, and yet the Russo’s decided Marvel’s first explicit queer representation should come in the form of a nameless man played by a director.

One of the last quotes in the Deadline interview with the Russo brothers underlines a thread that seems to run through Marvel’s feelings on queer representation.

“We wanted it to be casual, with the fact that the character is gay tied into the fabric of the storytelling and representing what everyday life is,” Joe Russo said.

Both Thompson’s description of the reasoning behind cutting the scene confirming Valkyrie’s attraction to women and this quote from Joe Russo carry a common theme: queerness must be relevant to the story to be anything more than a distraction. In order for a gay man to exist in a Marvel movie, he had to be mourning the loss of his husband. In order for a bisexual woman to exist, it couldn’t be an offhand mention or explicit love story, as those don’t fit into the stories Marvel is trying to tell.

This idea that queerness must go unmentioned if it’s not part of the story is pushed by detractors of the importance of representation as if some contrivance is necessary to explain a man who is attracted to men existing, but not a living plant or a talking raccoon. The actual solution is far more simple and more effectively presented DC’s TV universe than Marvel has shown a capacity or desire to deliver on. Arrow’s Mr. Terrific was the first starring gay man to appear in the show in season 4, with a husband and home life to accompany him alongside his heroics. Queer women were a presence early on, White Canary sharing on-screen relationships with men and women in Arrow, culminating in her role in Legends of Tomorrow where she and Constantine were two leading bisexual characters with same-sex relationships that were defining storylines of the latest season. Both Green Arrow and The Flash’s children are queer, Supergirl has a lesbian sister Alex and works with a trans hero named Dreamer, Batwoman, who is set to star in her own show later this year, is a lesbian, and the marketing team hasn’t shied away from making that clear in the first trailer. Over the course of its seven years, queerness hasn’t been a checkmark for the DC universe to strike off, the people who occupy these identities have been an integral part to the stories these shows have been weaving. 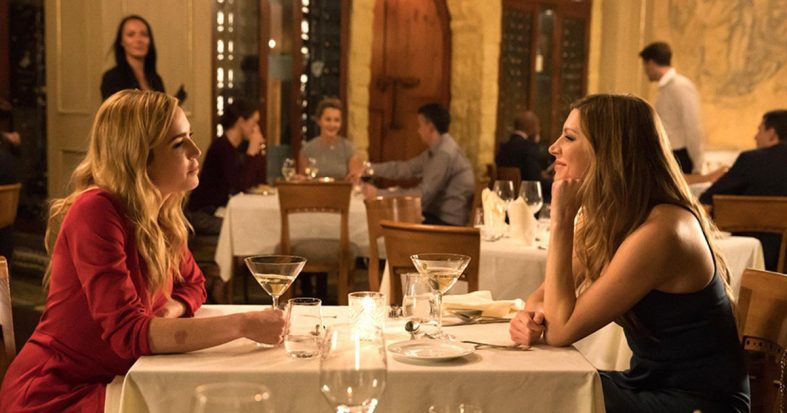 By treating queer characters with the same weight you do your straight ones, their presence is as natural as anyone else’s and their stories can be told with the same care. There’s no need to “justify” their existence to anyone, and that Marvel seems to believe this to be the case proves that it’s not the studio equipped to break the ceilings it believes it has with such a small, non-committal scene as Endgame does.

Marvel’s platform as one of the biggest entertainment products of the modern era is indisputable. As of this writing, Avengers: Endgame is the second-highest grossing film of all-time, and is only a $160 million away from taking down Avatar. The movie, and this scene with Joe Russo’s nameless gay character, have been seen by millions of eyes, and it’s a shame that in a world with people looking for heroes to represent them that Marvel believes it has done that with something so insignificant when the writers and actors who are willing to treat these same notions with the gravity they deserve are buried under the weight of its reach.

Kenneth Shepard is a Georgia-based freelancer who cries about videogame characters in public places and on Twitter and hosts a weekly Mass Effect retrospective podcast called Normandy FM on Soundcloud, iTunes, Google Play and Spotify.

Legends of Tomorrow Wants to Be Doctor Who, and Is All the Better for It