There are many things that I am thankful for as we come up to the end of 2012. As I am writing this I am sitting at a table in a hotel room with my mom, my sister and my two wonderful nephews while my father and brother-in-law watch TV. On Thanksgiving I saw relatives I haven’t seen in many years, and it was excellent catching up with my aunt and my cousins. 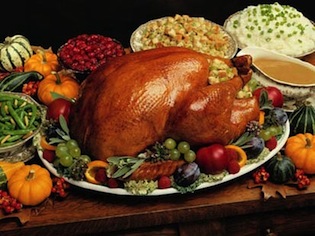 I have been spending time with my primary family this week, and after returning from Tennessee on Sunday I will rejoin that family of the variety of friends that I have made over the years. I will also be in contact online and on the phone with those friends that I consider family from over the years, many of whom are geographically located so that I can’t see them all the time, or are busy with schedules and adulthood.

In life some of us make friends along the path that we travel, and these people become a surrogate family. Eventually marriage and maybe kids will make for a whole new family, or an extension of the existing family, like the second or third film in a movie franchise. Speaking of which, here are some surrogate families in fiction and the media that I like. I’m only going to list a few, as my nephews Jack and Owen want me to watch them roller skate on top of their crayons and markers that they should be coloring with, and time is precious:

Batman:
I’ve been on and off with Batman over the years, but recently have fully dived back in with the saga of Bruce Wayne and his associates. As “Death of the Family” starts up and the Joker has his sights set on killing one of Bruce Wayne’s surrogate family members, I realize how much I love the Bat universe, even after many years away and a major shift for the DC brand. Even new additions like Bruce’s son Damian are welcome, because honestly Bruce on his own can be a drag after a while. Each additional element adds dimension to Batman’s character and their existence brings new motivation to his quest. 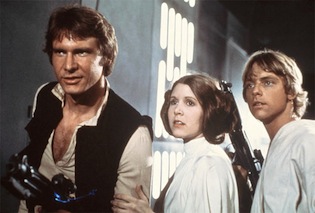 Another saga that a certain recent trilogy turned me off on, I‘ve been OK with rewatching the original Star Wars films in the last couple of years. With the announcement that the saga most likely will continue in 2015, I’ve been thinking about ways that the existing characters taken in a new direction could go, how their offspring and the doings of that galaxy far, far away could evolve the story, and am cautiously optimistic that this could work. If my expectations aren’t as high as they were pre-Phantom Menace – and the filmmakers can actually make us care about these characters again – then I may feel justified in screening a marathon of the original trilogy again like the ones I used to have as a youngster.

Firefly:
Writing about how one wants the show Firefly to come back on the air is the most prominently played broken record in the current Internet climate, a decade after the show’s short stint on Fox. With Joss Whedon’s current Avengers success and the announcement of an animated series possibly in the works, all I can say is that the more time spent with Mal, Wash, River, Jayne and the gang the better. I also hope it takes place before the events of the movie Serenity.

The X-Men:
Another rich surrogate family that I check in and out with, I’ve come to the realization that even when the main X-Men team isn’t too exciting there’s always a side team like X-Factor or X-Force to spice up the dynamic of the hundreds of X-Universe characters, especially the C-listers. Still, I always get a kick out of seeing the classic members getting together for a baseball game on the grounds of the Xavier Institute. That is, whichever classic members are alive at the time, or in between the dead-and-alive phase typical of an X-Man.

A Song of Ice and Fire and Game of Thrones: 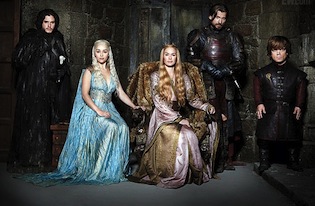 Even though George R.R. Martin’s saga is mainly concerned with the vicious wars of the various wealthy noble families, I’m always more fascinated by the side trips that the characters take with each other through Westeros and beyond. Watching these characters put aside their blood differences to either form new bonds or suffer because of these bonds through the obstacles put forth by the horrible world that they live in always makes for enticing entertainment. Just like real family!

That said, it’s time for some dinner preparations and some Frosty The Snowman-watching now, but I wanted to chip in my two cents about family, as it’s a huge factor in my life. This includes both my immediate blood relations and the extensive family I have made during my life journey so far, not to mention the surrogate pop culture families that have entertained me over the years. Thanks.