This feature is a reprint from Unwinnable Monthly #109. If you like what you see, grab the magazine for less than ten dollars, or subscribe and get all future magazines for half price.

The ubiquity of Unreal Engine 4 speaks to its power and utility as an engine for videogames. But what of UE4 as an engine for creating animated films? Ferenc Vincze is a freelance animator and videographer is working with Unreal to do just that.

Vincze has taken a meandering path to animation – his degree is in agricultural engineering and he spent a while breeding horses in a German castle before starting his own studio, Rendered Frames. His upcoming animated feature, The Chest, tackles his homeland’s history of communism as well as supernatural forces.

Set against a backdrop of unrest following the 1956 Hungarian Revolution, a wide-spread armed uprising against Hungary’s Soviet-backed government,The Chest sees an archaeologist opening an ancient chest containing the remains of witch as well as an angry, cursed soul set on mayhem. Two agents of the new, nervous communist government are dispatched to investigate these events that so obviously threaten the Party’s policy of radical materialism.

Vincze was kind enough to take time out of production to discuss the project and the use of Unreal Engine in its development.

What inspired The Chest? What made it a story you had to tell?

A long time ago, when I was a kid, I found an old chest in our attic. I was fainthearted and terrified to open it. But after, when I was brave enough to open it, I realized it was empty. I used to hide things inside it. Chests sometimes keeps secrets, you know.

I read stories by Edgar Allan Poe, H.P. Lovecraft, Franz Kafka and also a lot of Hungarian noir literature. On a lazy Sunday afternoon, while I sat on a train reading a crime story, an idea hit me like a lightning strike: combine my childhood memories with the crime genre. So I decided to write my own story based on my historical knowledge. The 1960’s is my favorite decade from the last century: the most beautiful cars, shiny neon lights, cool fashion, the dawn of modern spy technologies. 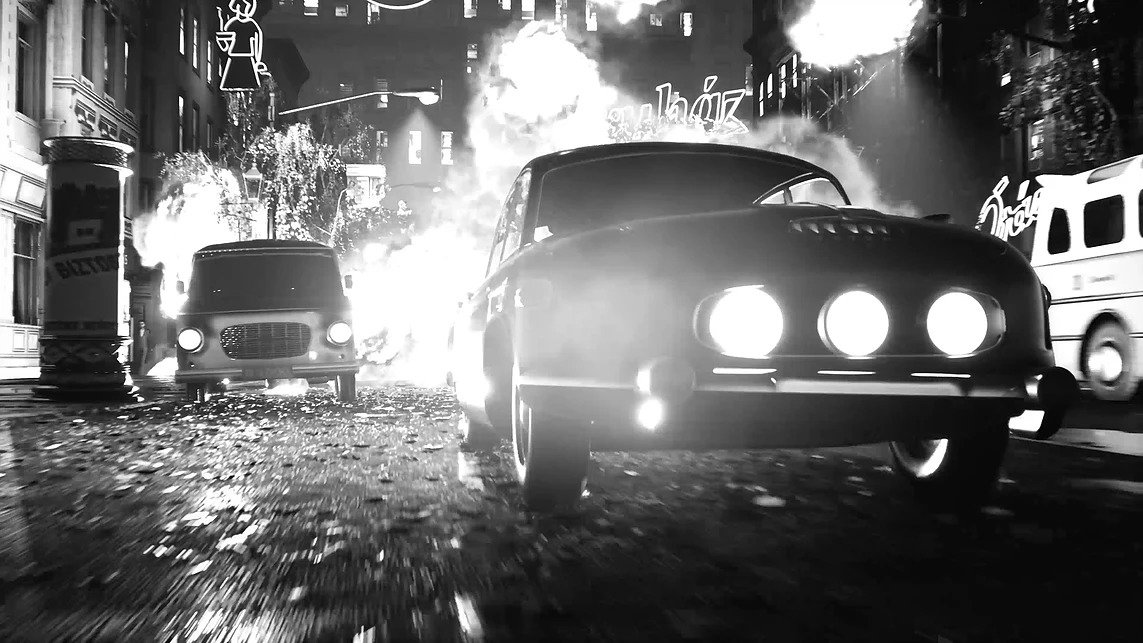 I’m intrigued by the clear tension in The Chest between the political and the supernatural. How do you use the occult to explore the effects Hungarian communism?

The story itself is fictitious, but the historical background is real. There was a system in which everything was under control, everything was described and planned. People had to follow a materialistic ideology and dogmas which affected their everyday life. In the film, this changes with a series of unexplainable events. An entity with supernatural power escapes and that doesn’t fit exactly with the ideology of materialism, the main pillar of the Communism. This is just ten years after the cruel 1956 Hungarian Revolution and the regime fears it could happen again, so the government sends two special agents to handle the “problem.” They find themselves in the middle of a conspiracy, which is out of control.

Why did you choose a black and white noir aesthetic for The Chest?

”Dreaming of colors in a black and white world” – This is my favorite sentence from the screenplay. It describes everything. With monochrome, you can create a very deep and dense atmosphere. If  you watch the promo carefully, there are only night scenes in the film. I  like the early expressionism in the cinematic art (for example: The Andalusian Dog from Buñuel and Dalí, Nosferatu from F.W. Murnau, etc.) I’m afraid this film in color will be just an average film. Also, black and white are opponents, like materialism and occultism. 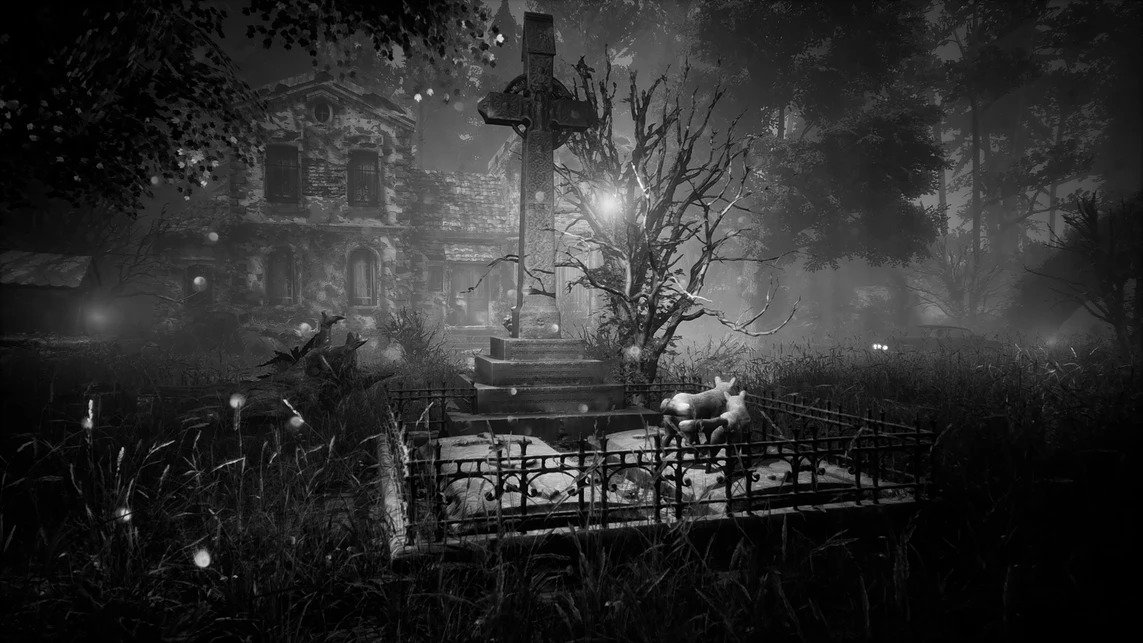 Animations seems like fairly new territory for game engines. What is the process like, producing animation in Unreal?

I have a unique and simple method. I don’ t use storyboard and concept art. There is a clear vision in my mind as to what I want to see on the screen. I just follow my instincts.

When I clearly know what I want, I begin to build up the actual scene in Unreal Engine.

I prefer to use scanned models, so I managed to get a high precision 3D scanner. In the autumn, I will visit numerous retro museums to scan objects from the 1960s. Creating a scene is the most enjoyable part for me. I pay attention to the historical accuracy, so websites like Fortepan.hu or Retronom.hu helps me a lot to reconstruct actual scenes.

The character animations you see in the trailer are just only placeholder animations, please forget that. I am currently working on a whole new character animation workflow, thanks to my generous supporter, iClone. I think within a month I will be able to export full body motion capture with facial animations into the Unreal Engine Sequencer. That will be a huge improvement, it’s a fairly new territory for me. I am really excited about this, maybe I will reveal a character showcase demo in the near future. 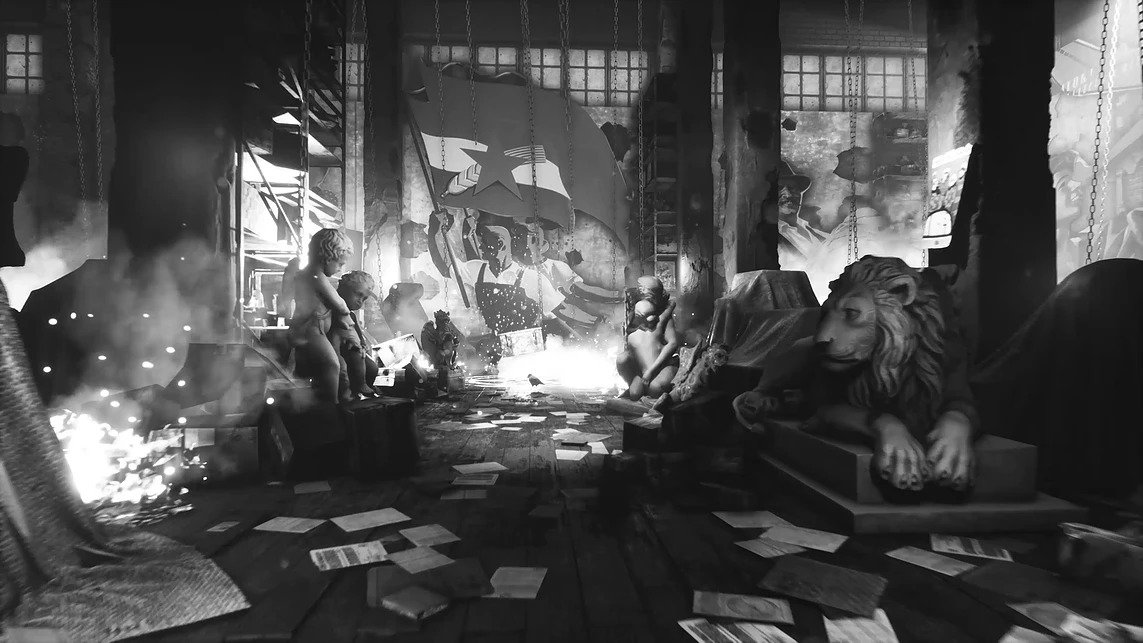 Are there any particular hurdles or benefits in an Unreal animation pipeline, compared to more traditional methods?

You caught me with this question. Until now I haven’t found any hurdles. The only hurdle is your lack of creativity and imagination. Unreal is a great tool with endless possibilities, but everything depends on your skills, or the courage of your team. I could write an endless list of benefits compared to other methods, but the two most important in my case: modularity and effectiveness. Finally, I can forget the torturous rendering process! I also don’t need to use a video compositing and editing program.

Why did you choose Unreal engine?

I tried several workflows before UE4. I bought several expensive animation software suites and plugins. I also rented render farms. It was a complete waste of money. About two years ago, when I first heard about Unreal Engine, I said to myself ”It’s free, I have nothing to lose, let’s give it a try!” After few months of using it, I realized that as a solo creator, I can compete in quality (but not quantity) with most of the smaller studios.

I can tell you an excellent example. I visited the Annecy International Animated Film Festival and Market (MIFA) as a candidate with my project. The directors and the company representatives were surprised and amazed, because they thought this was a high budget film, but I told them this is a pretty frugal project of a single person.

At last, but not least, Unreal Engine has a wonderful community. I am proud to be a part of it.

You can follow the development of The Chest on the Rendered Frame website. You can also watch one of Vincze’s shorts, “For the Innocents,” on YouTube.

Argent and the Struggle for Power