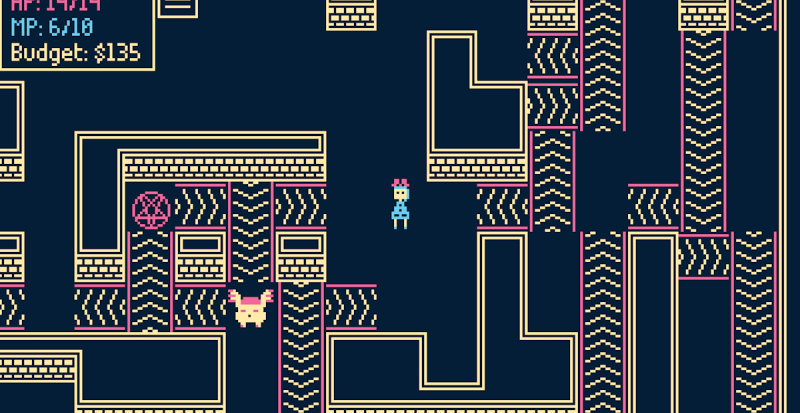 The dreariness of corporate culture—from its incomprehensible jargons to the vapidity of the corporate grind—can border on absurdity. Take for instance the concept of business networking, an activity feared by all but the sleekest of entrepreneurs. How do you avoid the embarrassment of being seen alone, without a kindred spirit to speak to about “exploring potential opportunities”? How does one introduce themselves to a disinterested stranger and exchange suggestions on “honing competitive advantages through collaboration”? This humdrum of corporate life underscores the humor of Fortune-499, a role-playing game about working for a large, soulless enterprise. No surprise then, that its title is a coy reference to the Fortune 500 annual list.

Working under the magical resources department, players will be in the shoes of Cassandra the oracle, whose job is to forecast the future and help her company clinch as many lucrative deals as possible. But her manager had plans to lay her off—that is, until a horde of monsters decides to stage a violent takeover. It was then this cowardly man fathomed that her divination skills could come in handy once more, and thus decided to hold off her dismissal…for a while.

That Cassandra has no innate magical abilities—aside from the means to cast very elementary spells—didn’t deter the plucky young oracle though. What she could bring to the table, however, is her clairvoyance. To even the odds during enemy encounters, Cassandra relies on her fortune-telling cards. This ability is conveyed through intensive rounds of rock paper scissors with her opponents, which serves as a combat system that involve countering their moves with the right cards, and then whittling down their hit points to zero. Common office peripherals also double up as power-ups for augmenting her deck with: a filing cabinet determines the order of her cards; a printer can produce additional cards; and a microwave—probably the most indispensable of appliances for the typical office worker—imbues her cards with stronger properties. 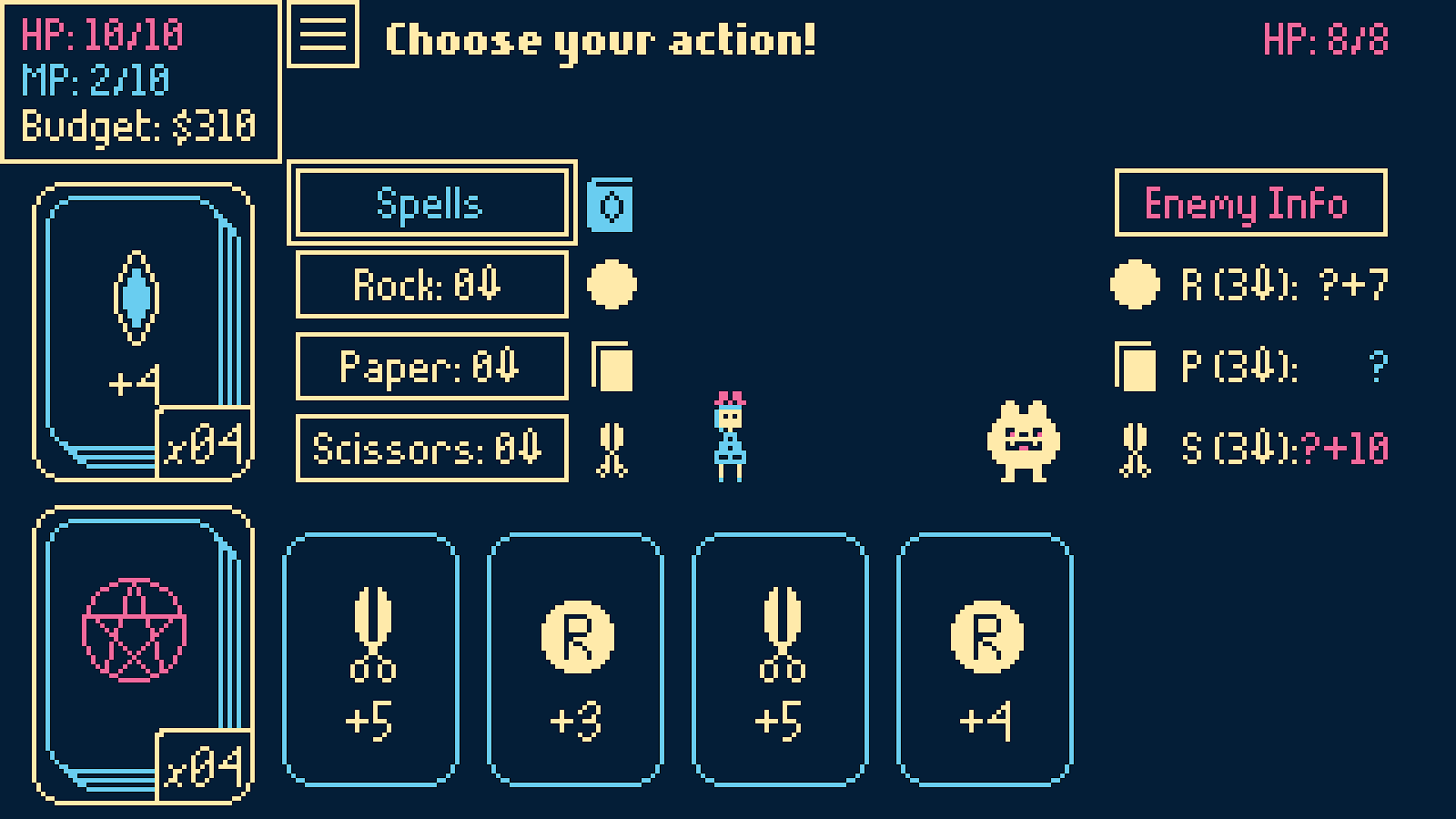 Keeping things invigorating is the idiosyncratic challenges that Cassandra needs to overcome every day. In one scenario, she had to deal with the eccentricities of the accounting team, whose staff insisted that she “balance the books” by taking an exacting and equal number of left and right steps to cross the level. Another was a visit to the legal department, where its lawyers were forging contracts like a swordsmith—complete with hammers and anvils—to confront the assailing monsters with. It’s an obvious jibe at the shadowy legal actions corporations employ to silence their detractors and competition, and the lengths they would go to defend their intellectual properties. Through these instances, the game stealthily reveals its aversion for corporate ills, though often with a mix of bemusement and chagrin. It’s this mood that pervades throughout Fortune-499; the illogical use of buzzwords, cheesy corporate statements, workplace sexism, overwork culture and questionable business practices had all been sniped at in this game.

Fortunate-499 is a hilariously cynical jaunt through corporate life. Yet what it excels in, most of all, is how it manages to depict the plight of a white-collar worker with much whimsy, instead of the tedium and preachiness that sometimes accompany other games (like the depiction of police brutality in This Is The Police). A cosy home awaits Cassandra after work—one with a purring cat, soothing candles and an ominously red summoning circle—and phone conversations with her oblivious but caring parents, who can’t seem to comprehend the use of volume control dials, are utterly relatable and heart-warming. Such moments are gentle reminders of life beyond the all-consuming malaise of work.