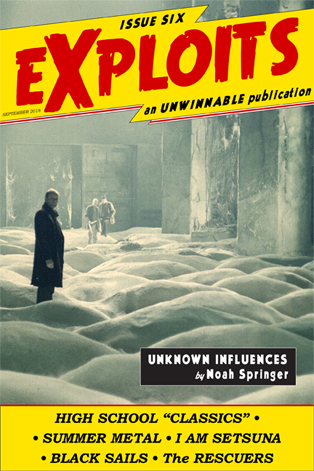 This is a reprint of the featured essay from Exploits #6, our magazine dedicated to the culture we love. If you like what you see, grab the magazine for $2  or subscribe to never miss an issue (note: Exploits is free for subscribers of Unwinnable Monthly).

Mankind exists in order to create works of art. At least that’s unselfish compared with all other human activities.

I recently found r/TrueFilm’s top 1000 movies list on Letterboxd. Of the top 10, Andrei Tarkovsky’s 1979 Stalker was the only one I hadn’t seen, so I quickly set out to remedy that situation. Almost as soon as I started watching Tarkovsky’s movie, I had to grab my phone and start taking notes about its similarities with Jeff Vandermeer’s 2014 novel Annihilation and Alex Garland’s 2018 film adaptation. Strangely though, Vandermeer has denied any reference to Stalker, or the book on which it was based, Roadside Picnic.

Regardless of what Vandermeer says, the connections between the book Annihilation, its film adaptation and Stalker seem pretty obvious to me. They all involve mysterious terrestrial zones that have been affected in some anomalous way by an extra-terrestrial force (“Area X” in Annihilation and “the Zone” in Stalker). The intrusion of an alien object fundamentally alters the landscape, making it somewhat sentient and relatively hostile to humans. The government (whether Russian or US) has set up a perimeter, forcefully keeping citizens out the infested zone. Our protagonists access the areas, exploring the unique mutations to the flora and fauna. In Annihilation, the movie, the protagonists have names, but in the book, like in Stalker, our group of heroes are known only by their professions: the psychologist, the surveyor, the anthropologist and the biologist vs. the professor, the writer and the stalker.

Inside the forbidden zones, nature has taken over the landscape, slowly creeping over the man-made objects that used to dominate. Both films show the differences between inside and outside visually. In Stalker, Tarkovsky shot nearly all the scenes outside the zone with a dirty, sepia tone while using Kodak color film inside; in Annihilation, Garland has the landscape shimmer and flow with (as best I can guess) a combination of visual effects and a lens filter. I’m not sure how he achieved the unique feel of Area X, but the effect is a surreal, gasoline glimmer on the landscape and the monsters that populate it.

Despite these similarities, Vandermeer is correct that the texts diverge dramatically and in important ways. Characters, events, tone and pace vary between Stalker, Annihilation the book, and Annihilation the movie. Annihilation the novel is part of a trilogy which contains a much longer plot that anything in either movie. Area X seems much more hostile to humanity than the Zone. And, of course, in Annihilation, the leads are women instead of men.

I had long ago stopped believing in promises. Biological imperatives, yes. Environmental factors, yes. Promises, no.

The themes and philosophies backing the projects also vary in important ways. While Tarkovsky ruminates on the purpose of humanity, how to live “the good life” and what it means to be happy, Vandermeer questions humanity’s impact on the environment. He explores the relationship among power, control, knowledge, simulacra and simulation. Where Tarkovsky’s vision is a slow, thoughtful art film that relies on poetic shots lasting over a minute on average, Vandermeer’s prose is tight, fast and simple. To be sure, this is not a criticism of Vandermeer; his concision and brevity are some of the best aspects of the novel, and I (occasionally) find that Tarkovsky’s lingering stillness lasts a little too long.

Alex Garland took Vandermeer’s tight prose and turned it into a surrealistic blockbuster thriller, with phantasmagorical trees, hyperreal clones and Natalie Portman. However, where Vandermeer favored abstract visions of crawlers writing sermons on walls, Garland focuses on crafting hallucinatory visuals, action and a few solid scares – I mean, nobody can deny that the bear was kind of amazing! 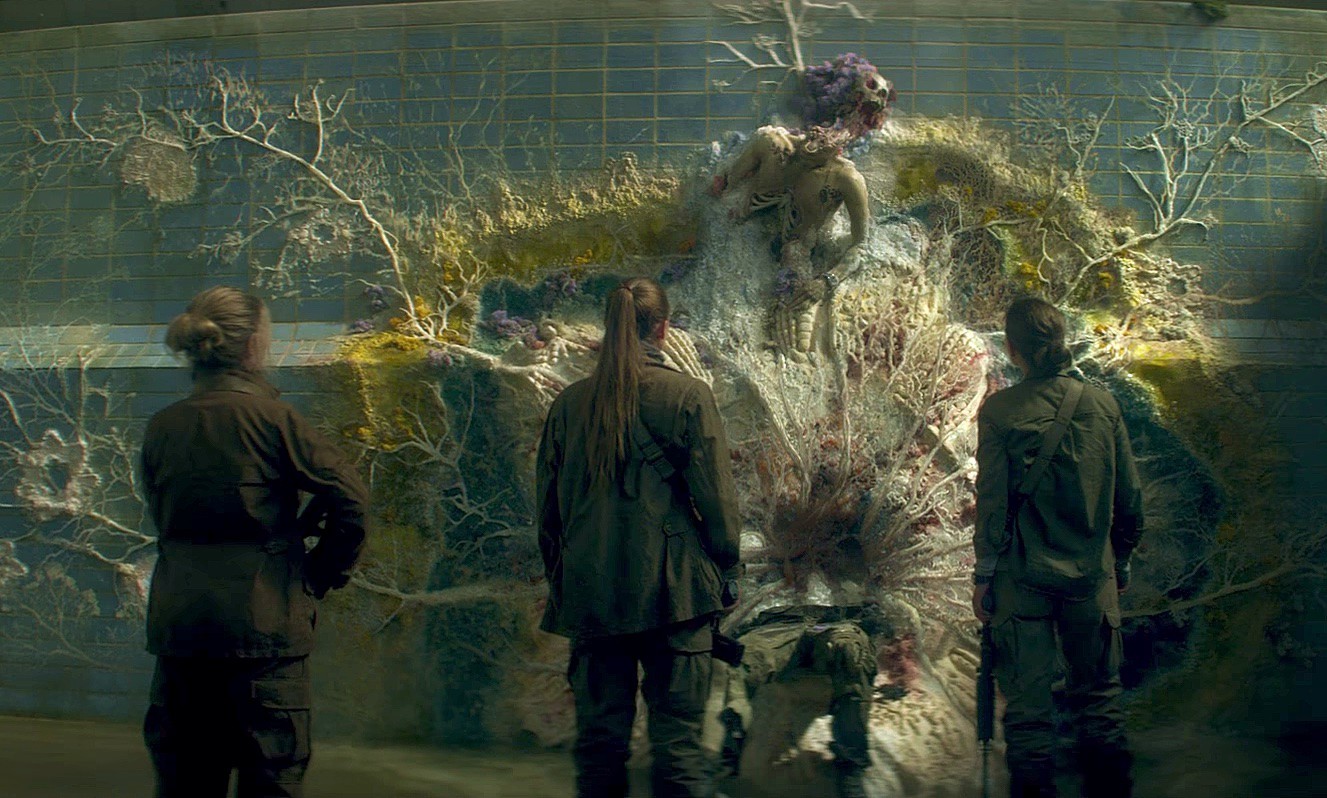 While the movie adaptation of Annihilation is certainly more attractive to an audience that grew up on The Matrix instead of Man With a Movie Camera, I still felt that it stood out in a market saturated with less-than-great sci-fi thrillers. Garland’s work may not be as poetic as Stalker or as weird as Vandermeer’s novel, but it held its own.

On the whole, both the novel and movie versions of Annihilation stand well alone, although they often lack the subtlety and nuance for which Tarkovsky is famous. Perhaps the critical success of Annihilation as both a novel and movie is best seen as a tribute to Tarkovsky’s continuing legacy and influence across sci-fi and cinema. And even if Vandermeer is correct and Annihilation is in no way a reference to Stalker, then the cultural osmosis of Tarkovsky’s work is truly awe-inspiring. It means that his art can influence a trilogy of books and movie without the author even knowing! Perhaps this is the most unselfish act of all.