When lawyer Li Xiaolin tried to purchase a plane ticket in China back in 2016, he was surprised to find his payment rejected. Apparently, he was labelled as “untrustworthy” by the Chinese government, having failed to properly carry out his court order a year ago. His infraction? An “insincere” written apology over a loss in a defamation case, partly because the letter was dated April 1. Here’s a friendly reminder to never date your formal letters on April Fools’, okay?

Perhaps a dystopian future is shambling closer. China plans to implement a “social credit” system, which cleverly combines the concept of credit scores with a social rating system that scores your behavior. And there are incentives and deterrents for maintaining a high score too; for instance, you may enjoy discounts on products and services, or be restricted from basic necessities, like buying a house, if you commit too many transgressions.

Of course, this didn’t take place overnight. Surveillance culture is nurtured through small, incremental steps, with China’s citizens gradually trading their privacy for convenience. Many don’t even seem to grasp the implication of this system in their daily lives, too; in fact, bragging about your social rating online is even a fun activity. With credit-scoring and the prevalence of mobile payment, which is almost replacing the use of cash, purchasing without an e-payment app becomes increasingly tough. This may spell trouble for those who are barred from this scheme because of low social credits. Chinese activist Liu Hu, who was accused of fabricating rumors of corruption against high-level officials, was restricted from securing a loan or pay for airfare. It may soon came to be that maintaining your social rating becomes sacrosanct in this society, with the fear of incurring a low social rating eventually dictating behaviors (if it hasn’t already).

From the anti-establishment leanings of cyberpunk to the occasionally technophobic posturing of popular media, we’ve been warned about this future for eons. But few has captured the reality of our world gradually morphing into one, as we unknowingly become implicit in our approval of such structures. A recent attempt at this is Orwell, an episodic game about becoming a state operative, in which you eavesdrop and spy on citizens in the guise of weeding out suspicious behavior. In the first episode, a public bombing has taken place, and by combing through the news, social media and private conversations, clues on various suspects and offenders are unveiled.

Orwell reflects reality as it exists presently, instead of a dystopian future or an oppressive alternate reality. Freedom Plaza, where the bombing took place, looks like the trendy upmarket malls I often see in town, in which crowds of shoppers would gather amidst a clutter of shops, cafe and brands. In-game social media channels reflect the interfaces of Facebook and Twitter, while websites display the cheesy banner ads we so instinctively ignore. By framing its worldview so closely to that of our daily reality, Orwell is blatant about the prevalence of mass surveillance; it isn’t about when it’s taking place, but that it already is. In light of Facebook’s incredulous data scandal with Cambridge Analytica, this is a grim warning of how our data is used to monitor and influence our behavior, and how our propensity to share even private details may have exacerbated this process.

On the other hand, the futuristic dystopian city in Mirror’s Edge and its reboot, Mirror’s Edge: Catalyst, puts players in the shoes of a runner, a courier of sorts who lives outside of the omniscient grid of government surveillance. As Faith Conners, you can skirt the authorities’ ever-watchful eye while performing acrobatic stunts across buildings—an overt symbol of liberation and freedom against government scrutiny. Yet, it only vaguely acknowledges the trappings of this system, without offering much insight into the lives of those who can’t break free of it. Meanwhile, Watch Dogs turns you into a modern-day superpowered hacker that lets you gain the upper hand, but it indulges voyeuristic impulses instead of criticizing it. In an ironic twist, it turns the ominous threat of mass surveillance on its head, transforming the player into the arm of a system that you purportedly despise. 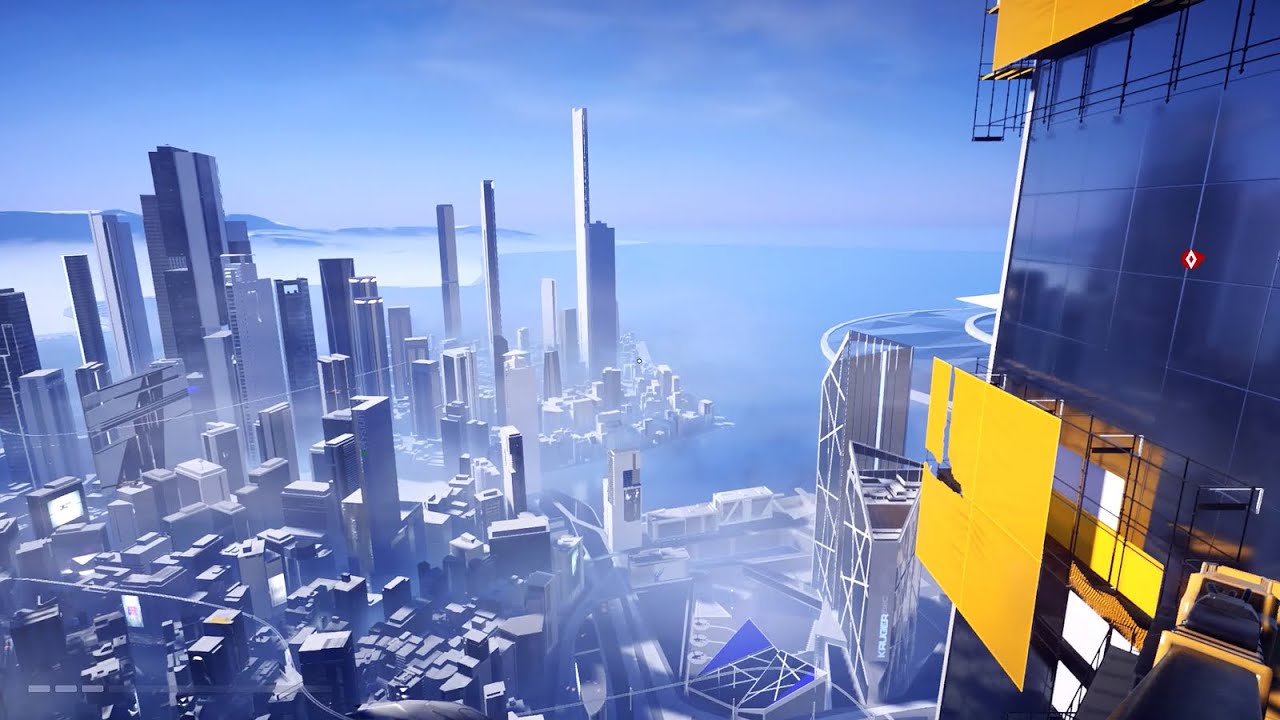 So what stories should cyberpunk tell today? As the foreshadowing of dystopian societies inches closer and become less of a distant future, our games should also reflect our conflicting relationship with technology today. We fear and even repulsed by it, and yet we can’t bring ourselves to surrender it up entirely. This contradiction is now more glaring than ever. No longer is cyberpunk merely drenched in darkness and abject misery—sometimes we crave the convenience and social status technology can offer us. And as real life gradually resembles a parody of cyberpunk fiction, it’s time for stories to demonstrate how we can begin to navigate this burgeoning reality.

The Curse of the Collectibles