I’m a virtual hoarder. You’re probably one too. Practically every game includes some form of collectible tchotchke, whether it be DOOM’s chibi action figures, Rise of the Tomb Raider’s relics, or MGS V’s audio tapes.

Shiny junk infests every open-world map, distracting us from our mission to save the world for the sake of another of Assassin’s Creed’s feathers in our cap. Maybe they come with a nugget of side story attached, or score us +10XP, but that’s just icing on the digital cake.

Really, we hoover up this cruft because it’s there, taunting us with accusations of incompleteness. Only 32 out of 243 Riddler trophies? Pah! What kind of two-bit Batman are you?

This penchant for sending us on scavenger hunts is hardly new. 3D platformers of the N64 and PS1 era built themselves almost entirely around collecting arbitrary currency, from Banjo-Kazooie’s music notes and puzzle pieces to Spyro’s gems and dragon eggs.

The difference with these collect-a-thons, though, was that their shiny baubles had purpose: you had to collect enough of them in each level to unlock the next one. Since this was effectively the entire loop of these games, the collectibles were often quite challenging to find and scoop up, requiring expert timing of Mario’s jump and keen analysis of Conker’s environments.

When you scaled Whomp’s Fortress in Super Mario 64 and nabbed the star at the top, you felt like you’d earned it.

Nowadays, though, collectibles seem like little more than an afterthought. They exist merely to feed our hunger for hoarding; each trinket a tiny dopamine hit lapped up by our materialistic desire.

The recent Mirror’s Edge: Catalyst serves as a pertinent example, including one of the most egregious implementations of collectibles I’ve seen in recent time. Despite the modest size of the city of Glass in comparison to other open-world environments, the sheer number of collectibles littered across its rooftops is staggering.

Everywhere you turn, there are communications terminals to be sabotaged, electronic parts to scavenge, documents to gather, audio recordings to pick up, glowing orbs to jump through, messenger 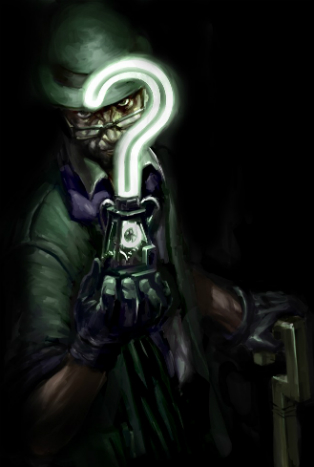 bags to track down. Part of the appeal of collecting is the joy of acquiring something rare, but you get none of that in Catalyst. Collectibles are in such abundance that they lose all sense of excitement, as utilitarian as the austere environments you’re parkouring your way through.

Even in functional terms, the ubiquitous junk holds little value. The XP each collectible dishes out quickly becomes trivial unless you’re spending a lot of time in combat – at which point I would have to wonder, why are you playing Mirror’s Edge?

Nor is there any real challenge to hunting the collectibles down; only a few of the orb-like gridLeaks require you to puzzle out a route and test your climbing skills to reach them. The rest lie out in the open, cheap Skinner Boxes lacking even the flimsiest of disguises.

Strip away 90% of the junk in Mirror’s Edge: Catalyst, and it’d be a far more rewarding experience. Make the collectibles tough to get, positioning them in plain sight but obfuscating the path to reach them. Give me a reason to want to collect them, instead of exploiting the hoarder mentality video games too often rely on. Take a cue from the Nintendo playbook: too little is always better than too much.

Westworld is Full of Monsters, They’re the Guests