Saying that YIIK: A Post-Modern RPG is an Earthbound-like roleplaying game set in the late 20th century may suffice in getting folks to smash the “download demo” button on the game’s website. Repeatedly. Wearing its Japanese role-playing game influence quite proudly on its sleeve, the game has all the hallmarks of what made Earthbound—or the Mother series—so well loved: a self-deprecating, Dadaist sense of humor, a seemingly light-hearted plot, and a charming, off-beat atmosphere. Just like Undertale, the most well-known of modern Earthbound-esque games today, YIIK is practically engineered to be the next indie hit.

Set in the year 1999, the unpronounceable YIIK (for the record, it’s actually Y2K, not yeeeek) may feel like a true-blue nostalgia fest for millennial gamers. The story is centered around the adventures of a music nerd, Alex, and his friends. Their quest? Discovering the whereabouts of a woman who was whisked away by a mysterious, supernatural force in an elevator. The epitome of a 90s’ hipster, Alex sports a flannel shirt, square-framed glasses and a face full of soft, luscious beard. He believes that the best music came from the era before his time. He spends his time at old record stores, burger joints, and video arcades. He’s a liberal arts major. And when he defeats an enemy in a random encounter, he looks like he can’t give a damn, folding his arms and looking away from the camera.

Meanwhile, plenty from the game harkens back to the era of the late 1990s; online message boards are all the rage, social media is non-existent, and people still forward spam mails for fear of suffering from an unwanted curse for centuries. These were mildly annoying facets of growing up in the ’90s, but nostalgia now lets me look back at all these memories with rose-tinted glasses. I would like nothing better than to discover new music once more at a record store—never mind the horrors of actually walking to one under the sweltering summer heat. 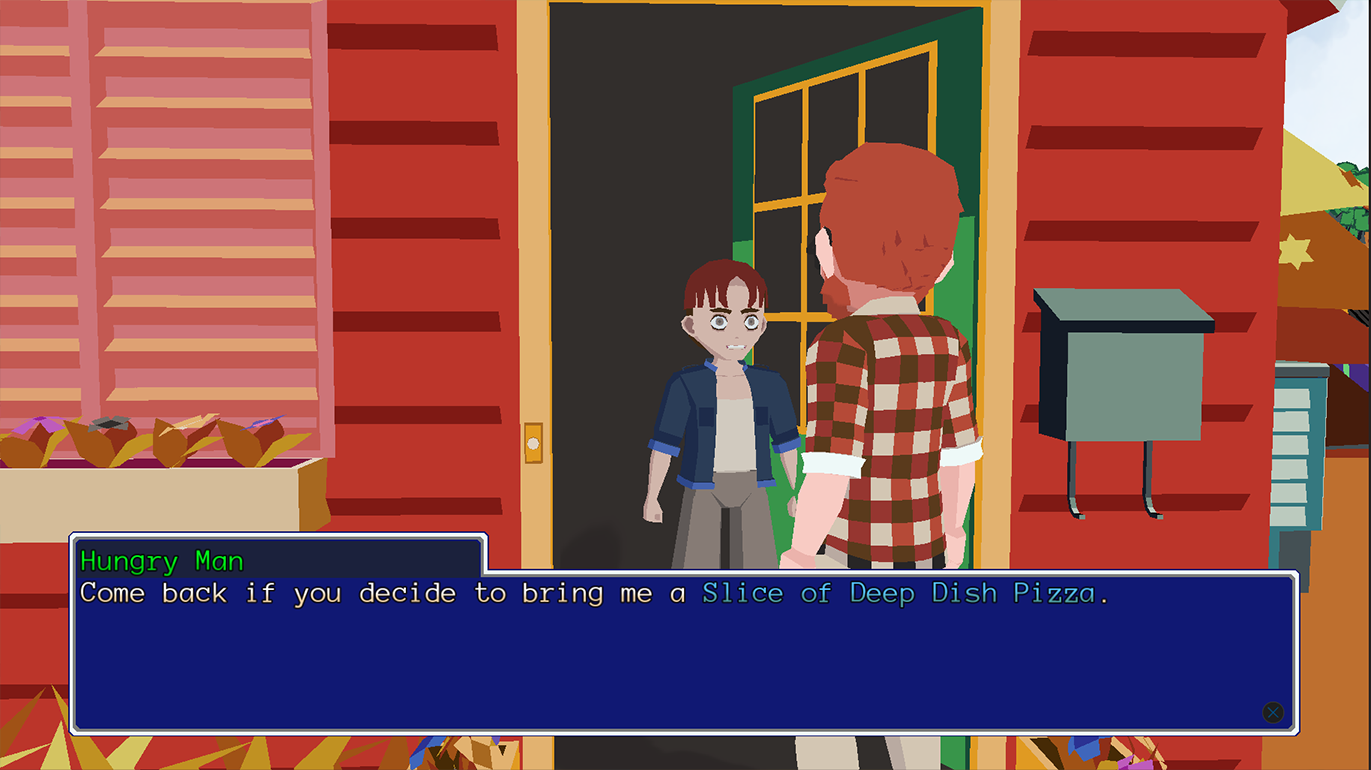 But this ‘90s-era nostalgia reaches out to more than just millennial players. At STGCC, a local games convention, Ysbryd Games—the game’s publisher—had a booth showcasing a short demo for YIIK.  To my surprise, the game had caught the attention of players both young and old. A small child, probably not older than 10, completed the demo in one sitting, excitedly telling her mother that she can’t wait to find out what happens next. A family of three—a mother with her young daughter and son—sat down to figure out the puzzles together. Another couple revealed that this was their son’s first “real” videogame; before this he was just playing simple mobile games on their phone.

This was something I did not expect. I love YIIK’s 90s’ inspired setting and its nonsensical humor; for instance, who would leave cheese and BLT sandwiches in treasure chests around the town? I love the chiptune soundtrack, as it reminds me of my earliest gaming years when I played JRPGs like Final Fantasy and the Secret of Mana. I love learning more about the absolutely hilarious Alex and his friends, and uncovering the absurd quips of the townsfolk, as it reminded me of Earthbound’s surreal humor. I wasn’t sure if these would appeal to the younger generation. Fortunately, underneath all these quirks still lies a polished RPG that tells a wonderful story about the world of YIIK and its characters.

For some, the heart of Mother-like JRPGs and games inspired by the genre could be their sardonic wit or their glaring sense of self-awareness. But it’s also the exploration of new worlds and the unveiling of new adventures that continue to bring people, friends and families together. And despite its veneer of ‘90s nostalgia, YIIK is no different. Had the title simply been about a series of nostalgic references and easter eggs, it would be dreadfully boring, like the videogame equivalent of Ernest Cline’s Armada. The kids at the convention might have walked away after a few minutes. Instead, they sat through the 45-minutes demo, leaving starry-eyed after the experience. When YIIK is released, I’m hoping a copy of the game will find a way to their hands.