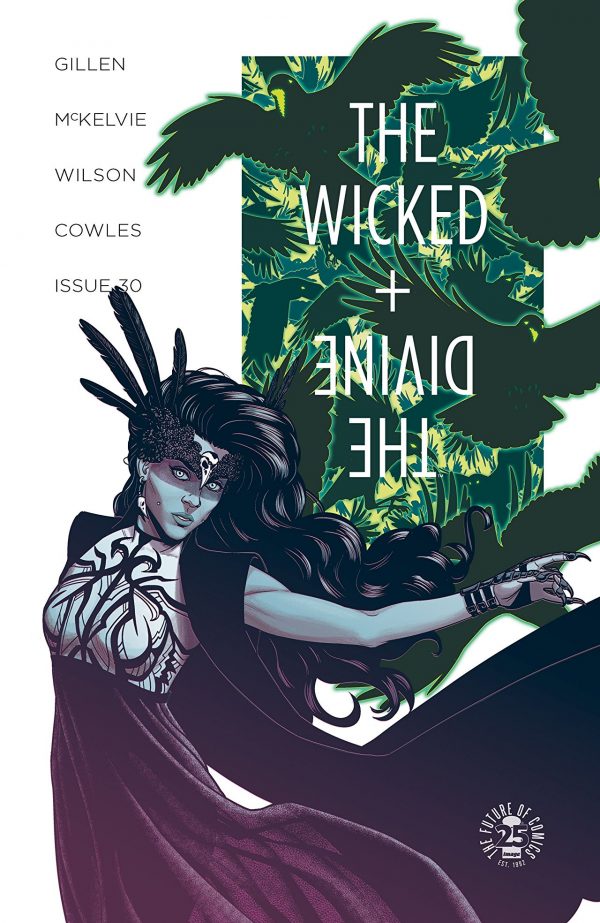 You might have your frenemies, the ones who look the other way when you fuck up, the ones who let you be petty, etc., but everyone needs at least one friend who won’t allow you to be anything but the best version of yourself when you’re around them, even if it’s only because you’d be too embarrassed to ruin their unending too-pure-for-this-world vibes.

Perhaps ironically, these are typically the ones who love you so hard they ask the difficult stuff, are more apt to show you a mirror when you fuck up, and make a gently disappointed grimace when you speak ill of Janice in accounting. Everybody knows Janice will eat your clearly labeled yogurt because Janice in accounting don’t give a fuck. “But, still,” your friend like Dio will softly chide, “you can’t really know what’s going on in her life, now can you?”

By Gillen’s own admission, Dio’s segments make up the heart of the issue. He’s right where we left him in issue #29, waiting doggedly in the dark of the Underworld to meet with Baph, even as The Morrigan visits him in all three of her forms to try her best to dissuade him. Fittingly, it’s Gentle Annie who eventually relents and allows Baphomet to come to him, but not before issuing a warning about his impending death, though a later reveal lets on that her “don’t think I’ll be seeing you no more” was most likely in reference to herself.

The scene between the two friends is as heartbreaking as it is full of jokes. Baph is in a manipulative, abusive relationship with The Morrigan, didn’t understand becoming a part of the Pantheon was a death sentence until after his ascension (she neglected to tell him that part), and deflects every instance of Dio pointing these things out with slick grins and bon mots.

McKelvie really uses the Underworld’s darkness to highlight the two gods’ faces. Baphomet keeps his shades on (which, wow), but that lets us focus on his teeth and that increasingly dreadful smile. Dio’s eyes, however, shine as hard as the beam of a lighthouse cutting through the fog. Here’s hoping he reaches this Stygian sailor before it’s too late. As of the end of the issue, he’s got one night to do it. 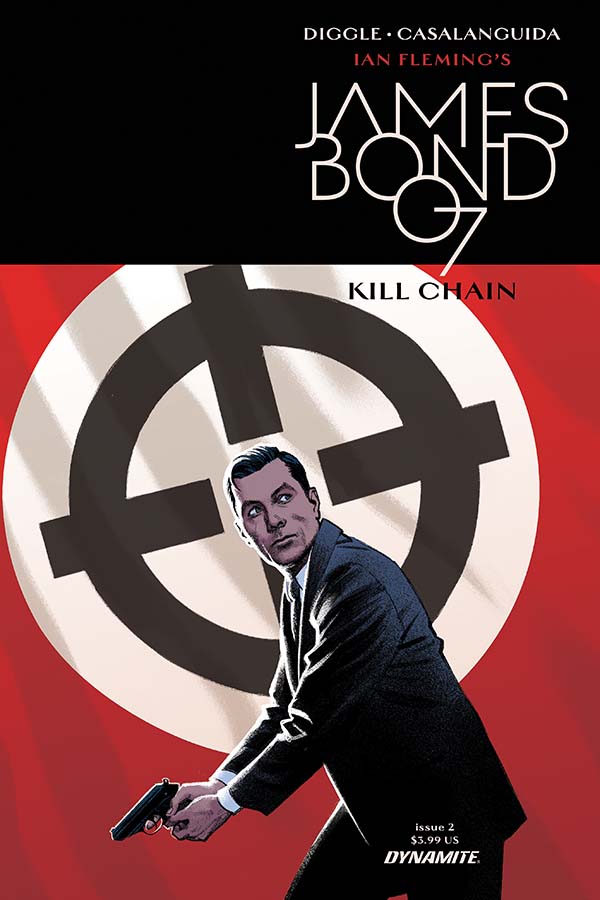 James Bond punching Nazis. Done. Kill Chain #2 is great. Diggle and Casalanguida get Bond to smash up some Nazis and their skinhead bar. It’s great, go get it.

Honestly, how much more than that do you need? I’m being serious. James Bond obliterates a bar full of Nazis in a beautifully choreographed way.

If you do need more, Diggle does something I think its brilliant and perhaps missing from some of the Bond comics. Dry wit from people that
aren’t Bond is something of a staple. When Bond isn’t punching up Nazis he’s getting zinged from every direction by a whole slew of characters. That’s refreshing. For a while it seemed like Bond would be the only one quipping through the pages but not the case here.

The most interesting thing about Kill Chain is that its come from unexpected angles. As much as I loved the Ellis books, they were a study in
the classics, cold, calculating, and predictable to a degree. Read enough Fleming, see enough Eon productions, and you’ve got a good sense of what Bond might be able to throw at you.

Part of that surprise and brilliance is that Bond was invented by a foe of Fascism. Fleming travelled the world as an intelligence officer trying to dismantle the Third Reich and he was largely successful in his operations and efforts. By the time Fleming found himself writing James Bond, the Second World War was over and Bond flourished in the cold war, not fighting Nazis. With the exception of Hugo Drax, the enemies of Bond were the Russians and after the Russians, simply the terroristic enemies of England.

Though it doesn’t seem like Kill Chain will continue a path towards Bond vs. Neo Fascism it’s important to see how this brief fight plays out.
Fleming was fighting fully grown, adult, deep rooted Fascism. The kind that had fully penetrated government and life of an entire nation. Bond is merely stomping out a fire. The Nazi punks that he dismantles so completely and beautifully are dingle berries left in their wake. They’re nothing to him, an annoyance he easily swats away because James Bond obliterates everything in his path. Before them, he is Superman. After him, they’re naught but broke bones and smashed teeth.

But pivot Kill Chain does. There’s more intrigue to be had, a mystery to be solved here. It’s comforting to see Bond as both a blunt instrument and a smart one. Diggle isn’t afraid to just put words that aren’t English into Bond’s mouth and Casalanguida draws pretty, pretty pictures all around them.

I know this issue appealed to something current and topical but as one character notes, the walls are going up all around the world, sooner or
later, the world’s greatest spy was going to clash with freedom, equality, and decency’s greatest foe, just like his creator did.

The Leisure of Light Obsession & No Man’s Sky