Using firearms in the first-person shooter Receiver is a methodical process. Take the Smith & Wesson Model 10 revolver for instance; you’ll need to open the cylinder, empty any expended rounds with the ejector till all the shells are released, load the empty chambers with bullets individually, and close the cylinder—and only then can you start shooting.

These steps may seem tiresome for those accustomed to first-person shooters, where you can push a key and reload your guns with minimal hassle. However, every aspect of this firearms handling lends to the cool, almost detached atmosphere of Receiver. Instead of the frenzied pace of most shooters, Receiver wants you to deliberate on your every move; each one you make can potentially be your last.

While Receiver’s intolerance for failure means that the game can get tough as hell, there is a certain flow and pace to the game you can grasp once you become more familiar with its quirks. Be it a randomly generated building or a rooftop, you’re tasked with finding 11 tapes scattered across the map, which will also offer some insights into the reality you’re in. Of course, turrets and drones stationed at different locations will hinder your progress, and a single graze of the bullet can easily kill you. In fact, even falling off a ledge can give you a concussion so agonizing that it ends your life—and when that happens, you lose all the tapes and had to start all over again from tape one. 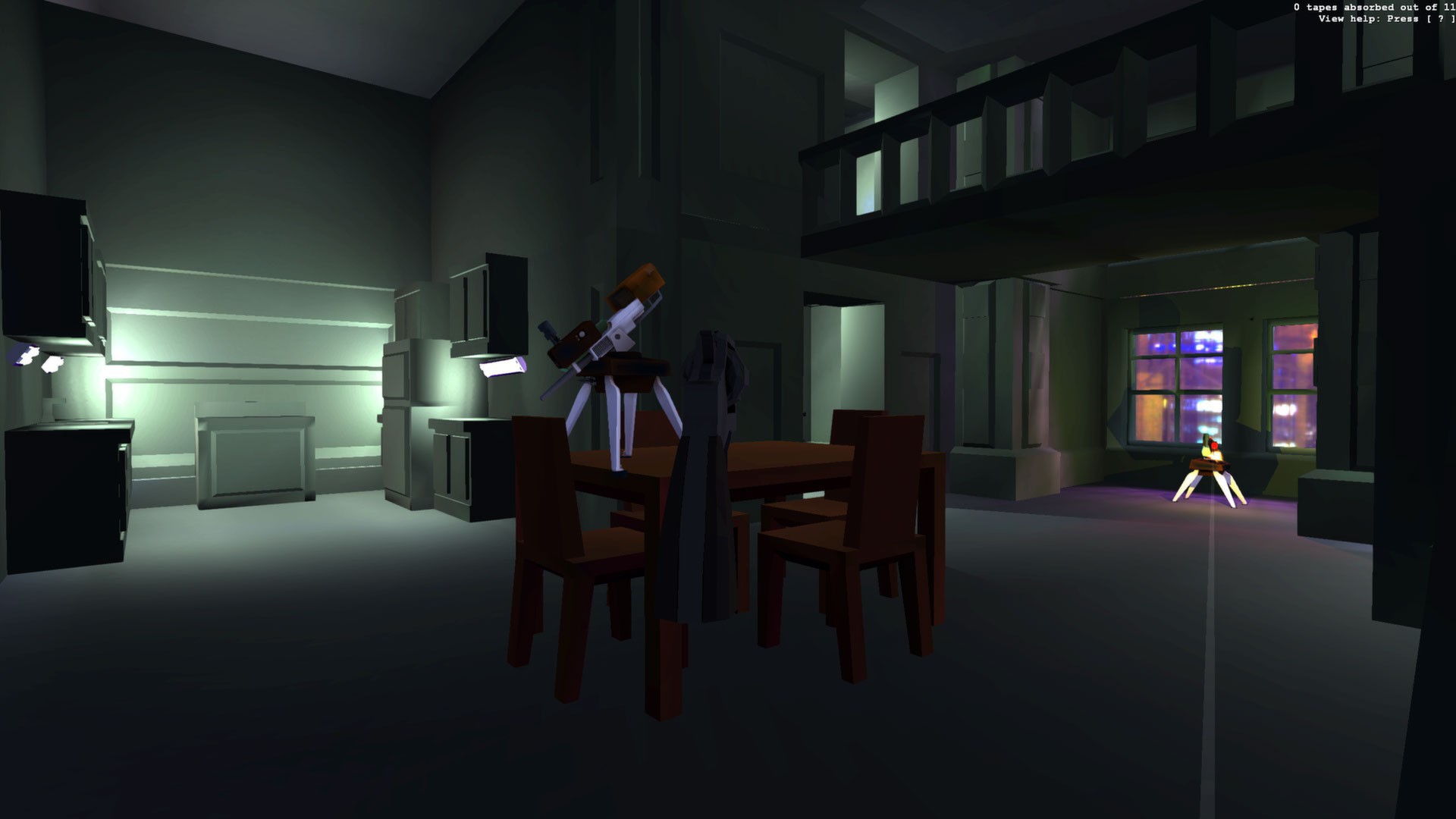 After going through the motions of dying over, and over, and over again within the first few minutes, it was clear that I was never going to beat the game. In a way, this mentality does shave off some of the pressure, which can quickly become immense when you’re up against a drone with only a single bullet left in your magazine. Instead, I focused on learning how to arm myself right until preparing the gun became muscle memory. Remembering which button to press. In which order. Prepare. Eject. Load. Inject. Pull. By breaking down the act of reloading your firearm into several steps, Receiver somehow becomes meditative, with your every action soon functioning almost like clockwork.

Heck, even death becomes routine after a while.

Tying all these together is a cyberpunk plot that’s deftly hidden beneath the blocky graphics and the skyscrapers looming in the distance. Apparently, there exists multiple realities in this world, and a nebulous enemy known as The Threat is supposedly threatening us all through the corruptive influence of the media. In a prophetic twist, one of the tapes even mentioned that if I were listening to the recordings in a fictional context, I’m supposedly “at an even deeper level”, one that cannot be reached. So…I guess I was already lost to The Threat. Unlike Suriel Vazquez, who previously contemplated the significance of the shadowy, cult-like organization in Receiver, I was hardly consumed by the story. I just wanted to perfect my firearms handling skills. I just want to soak in the atmosphere. I just want to steady my shots and possibly die repeatedly, and never call it a night.

I may have started playing Receiver out of mere curiosity about its mechanics, but the meditative sensation of carefully preparing my guns and engaging in an unwinnable firefight was what kept me around. Occasionally, I look out into the smog-filled sky, before diving right back into the action.