The following is an excerpt from Unwinnable Monthly 94. If you enjoy what you read, please consider purchasing the issue or subscribing. Unwinnable continues thanks to support from readers like you. 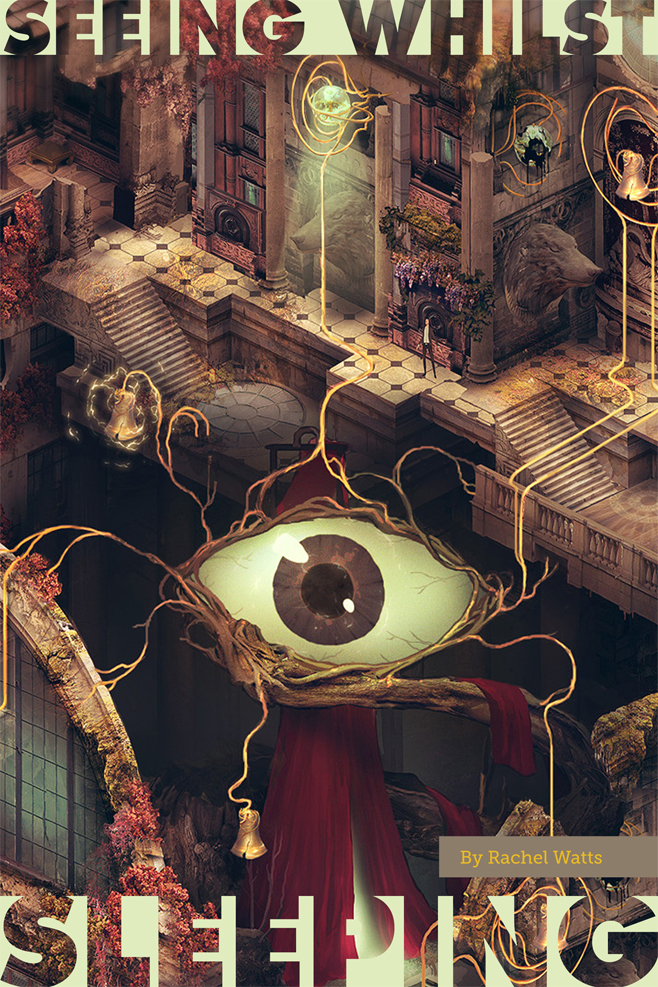 Art has always had the power of making visible the invisible and continues to question boundaries of polarized ideas; the line between the real and the imagined, sleeping and waking, life and death. In the early 1920s, psychoanalyst Sigmund Freud wrote his influential works regarding dreams and the subconscious. His writings explored the idea that the subconscious was a place of repressed obsessions and personal struggles while simultaneously being a place of hidden desires and fantasies. These ideas ignited one of the most influential avant-garde art movements: Surrealism. The Surrealists were a group of artists who wanted to explore the conscious and the unconscious mind and blend them into a ‘super reality’: a surréalisme.

The Surrealists’ dreamscapes were places of eternal possibility, they combined bizarre hybrid objects with strange warped landscapes to create images that were almost unexplainable. They believed that unlocking an individual’s subconscious could unleash personal obsessions, paranoias, fears and phobias. These paintings displayed humanity’s vulnerabilities, liberated imagination and created a gateway to universal truths. Yet while the ideas of the Surrealist movement are well established in painting and other art mediums, has it been explored in videogames?

The puzzle game Back to Bed (2014) by Bedtime Digital Games, in which you must help a sleepwalking man through levels of his dream world, uses the surrealist René Magritte’s famous iconography. Another puzzle game, The Bridge (2013) by Ty Taylor and Mario Castañeda, finds inspiration in M.C Escher’s impossible architecture. The psychological horror game Fran Bow (2015) by Killmonday Games, is about a young girl suspended between the real world and a nightmare world. Even the super violent Hotline Miami (2012) by Dennaton Games, takes influence from Surrealism in its dreamy, delusional universe. These games draw from some elements of the Surrealist movement. However, Visiontrick Media’s game Pavilion (2016) captures both the aesthetics and the philosophy of the Surrealist movement, and completely embraces what it means to be a surrealist piece of art.

Have you ever woken up from a dream but can only remember hazy fragments of it, recalling certain images and emotions but not what you were doing or why? Pavilion creates this kind of narrative. The game begins with an immense storm engulfing a tall marble tower where, at its summit, a man is kneeling down at an altar. When lightning strikes a bell, the man runs down the structure and the player follows without any explanation. Throughout the game, the player must help the man through different areas by solving landscape puzzles. The player, though omnipresent, cannot directly control the movements of the man. Instead, the player can only manipulate the environment by moving objects, chiming bells and turning on lights to influence where the man runs to, like a moth to a flame.

The story of Pavilion is obscure and mysterious. There is no dialogue, cut scenes or text exposition. Instead, the game alludes to something of a story embedded deep within the game’s striking visuals and strange moments. For example, early on in the game, the player and the man come across a tower where a ghostly woman wearing a white dress drops a key and runs off into a looming, dark mansion. She appears and disappears so quickly it is easy to miss her faded image amongst the vivid details of the background. You question if you really saw her or not. The key opens the protagonist’s locket and inside is an old faded photo of an eerie white pavilion. What does this pavilion mean? Why does the woman have the man’s key? These questions remain, unanswered.

This lack of exposition is a feature of surrealist dream logic, which accepts the dream world’s happenings and submits to a pictorial language. Film director David Lynch is a master of conjuring sequences of dream logic, his seemingly random and juxtaposed sequences hold a silent visual language. In his television show Twin Peaks (1990-91), Agent Dale Cooper has a dream in a mysterious room with red curtains, zigzag floors, marble statues and bright spotlights. The inhabitants of this Red Room speak backwards, in riddles and nonsense…

Rachel Watts is a London based freelance videogame writer. She is mostly interested in the overlap between art history and gaming and enjoys tending to her virtual plants.

You’ve been reading an excerpt from Unwinnable Monthly Issue 94.

Gang of Clones: The Heart of Orphan Black