I am terrified of Flying Witch.

Not that I should be. Witches are the most benign of all pop culture spooks, these days more a symbol of oppressed womanhood than a warning of the evils of loose morality, and Flying Witch is the most manga about a witch I have ever seen. How could it be anything else, with those egg-round character designs, the warm inking scheme that favors gentle black lines and composition that usually favor a heavy use of white space so that the open panels and open pages seem as inviting as can be there?

There are no evils in the gentle hills and wide fields of rural Hirosaki waiting to challenge leading witch Makoto, her adorable black cat familiar Chito or her cousins Kei and Chinatsu. Nor are there demons hiding inside of this cast of eccentrics just waiting to pop out. The only hint of tension hides in a downcast look and a muttered “yeah,what [are you doing here?]” from Makoto when she returns from school to find her far more talented sister sitting at the dinner table, but this is meant to emphasize how adorable Makoto is more than anything else. 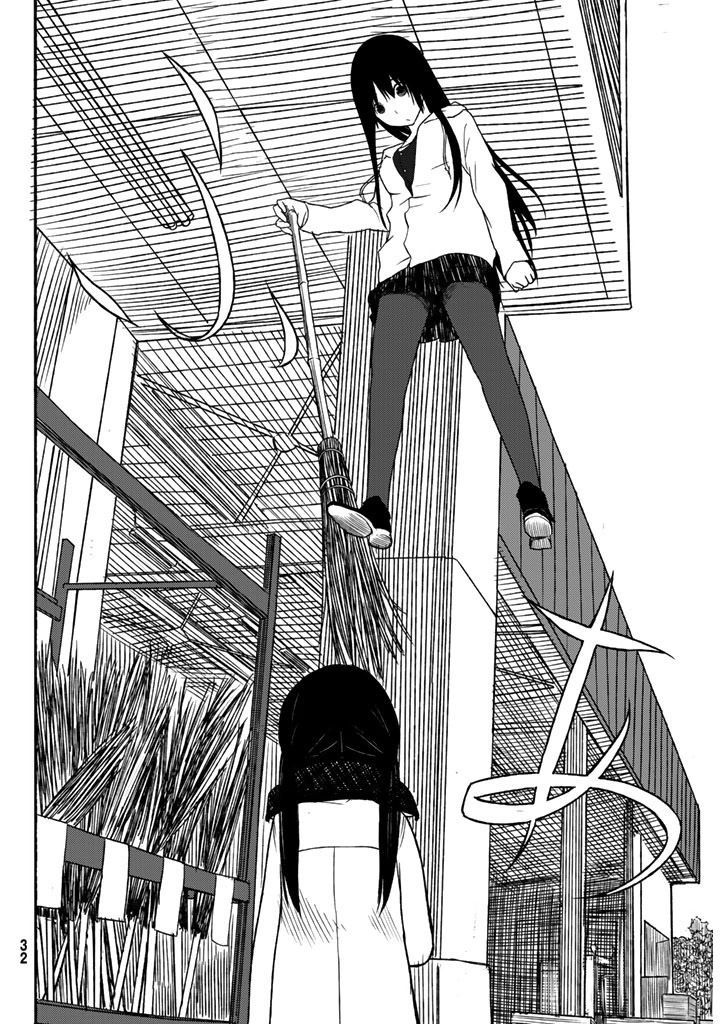 Everything is meant to emphasize just how adorable this world is. The only conflict in these opening chapters is a bit of playful teasing between Chito and a local Shiba; the most action-packed sequence involves Makoto’s attempts to chase down a pheasant so she might have a closer look at the beautiful bird, and even this is rendered simply. There’s no attempt to exaggerate the action and wring a laugh out of parody, no effort to set-up the joke or pull-off that perfect punch line. Ishizuka’s approach to comedy is so sedate it barely registers as comedy. As if it’s not the situations we should laugh at, necessarily, but how sweet this world is and how relieved we should be to find ourselves in it. Flying Witch is art at its gentlest, its most inviting, entertainment as a warm bath full of fizzing bubbles just waiting to receive us after another miserable day spent trudging through a miserable world. It’s narrative as a balm, fiction as a hug, storytelling as a massage so light you don’t realize it’s happening until it’s over.

In the week since I discovered Flying Witch, I’ve revisited it fourteen times. At least. It’s become a kind of talisman I bring along on my morning commutes to ward off the crush of negative emotions that accompany any trip into work and a charm I pull out for those late-night train rides back to an apartment that still bears none of the warmth or security I associate with home. Flying Witch does, though. It’s so warm it positively glows. While reading it I find myself nostalgic for locations I’ve never visited anywhere but in my mind and mourning for a simplicity I haven’t known since before I turned 10, if even then. There are no sharp edges in this world and nothing to discomfort. It’s as safe a place as any you might find, one I never want to leave, and for this reason it terrifies me. I should not enjoy this as much as I do. 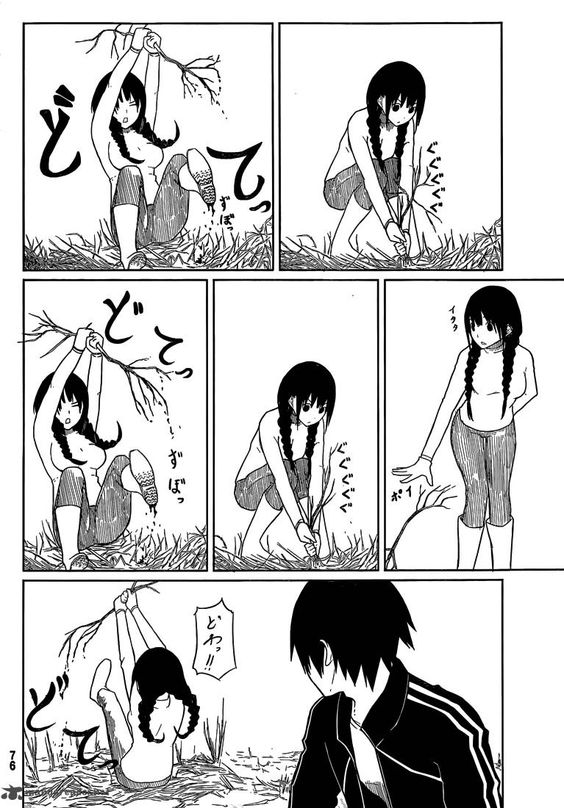 When I go to pick up a book – or movie, or album, or comic, or video game – I try to avoid anything that sells itself as pure escapism. Too often these works are boring, and when they’re not boring they’re almost uniformly unfulfilling; I can turn to a whole host of drugs if all I really seek is distraction. It’s the ability of the consummate artist to investigate the world more deeply that drew me to art in the first place, and escapism by nature avoids any such forays. It has no time for the complications that earnest questioning turns up because they would spoil all the easy answers it trades it; it avoids beauty because beauty has the terrifying and paradoxical effect of rendering most of the rest of the world hideous by contrast. Escapism seeks to pull us away from the world until it looks insignificant or unrelated to us. Great art pushes us so close up that we can’t help but be horrified at the immensity of the world and of our own insignificance before that immensity. The best art – horror or not – should frighten us.

Flying Witch does nothing of the sort, at least not by design, and yet it pleases me more than anything else I’ve read this year; I find myself anticipating the second volume with an impatience I normally reserve for new volumes of Vinland Saga or the deluxe editions of Blame! No, Flying Witch does not frighten me, but I am frightened by it, and scared about what it says for my vulnerabilities and my shifting tastes.