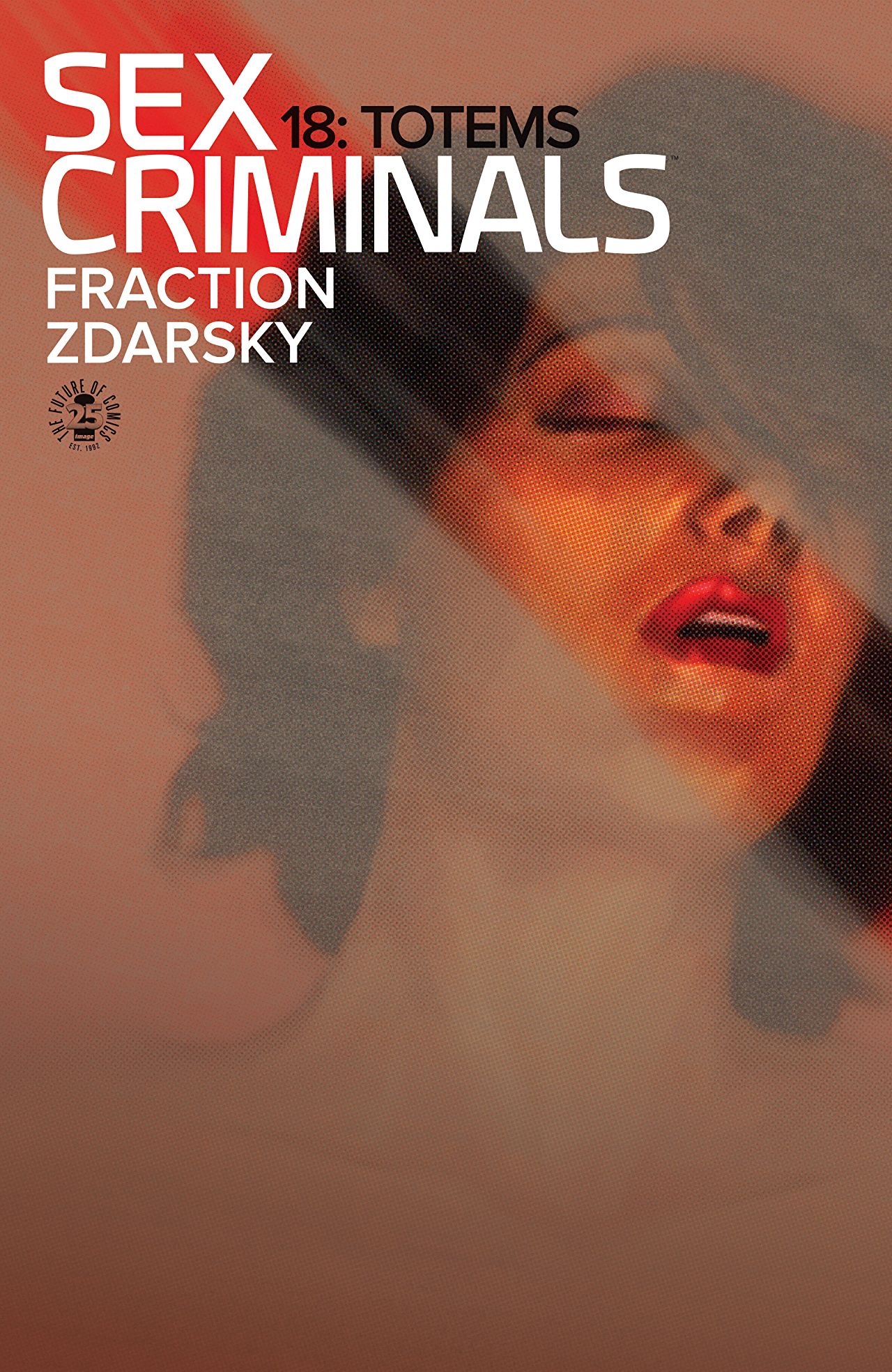 Last month’s Sex Criminals was focused on a day in the life of Kegelface, with Jon and Suzie barely appearing at all. The Brubaker/Law and Order framing was a gimmick I generally enjoyed, though after a conversation with a friend I realized there were several in-jokes that flew miles above my head which retroactively lessened my enjoyment a bit. It sucks hard enough feeling left out, but it sucks even worse when you realize you didn’t even know you were being left out.

It’s like when one of the upperclassmen comes up to you in the middle school locker room and tells you, “fresh necklace,” (this was 1995) so you respond brightly with an enthusiastic, “thanks!” only to realize hours later in sixth period that she was most definitely being sarcastic. What’s that? That never happened to you? Yeah, me neither.

This issue is similarly character-focused, though this time we get to examine several members of the cast. There’s an overarching theme about the things characters hide from each other and even themselves, and Fraction delivers thoughtful work about the benefits of communicating, articulating, and reckoning with the secrets that all of us carry. Many of the relationships between two characters grow (or not) in this issue, and while we don’t make any real progress with the main storyline, much emotional ground is gained.

With the writing tackling heavier themes, the issue is not quite as funny as some previous, though Zdarsky still manages to slip in some great puns and quirky art in the background. The real showpiece of the art, though, is the one-page, 64-panel montage of Dr. Kincaid preparing for an appearance as Jazmine St. Cocaine. There’s an emphasis on the minutiae of many women’s primping rituals, and the whole sequence presents a slow but remarkable character transformation. Not that it was ever in question, but our boy’s got chops.

At issue’s close we’re left with the same final page as issue #17, promising (again) that we’ll eventually get to what’s up with those little sex trolls manifested by Kegelface’s latest perp. Even after an eighteen month hiatus, the SexCrims team is in no hurry move the larger story along. And, in this issue’s case, that is perfectly a-ok. 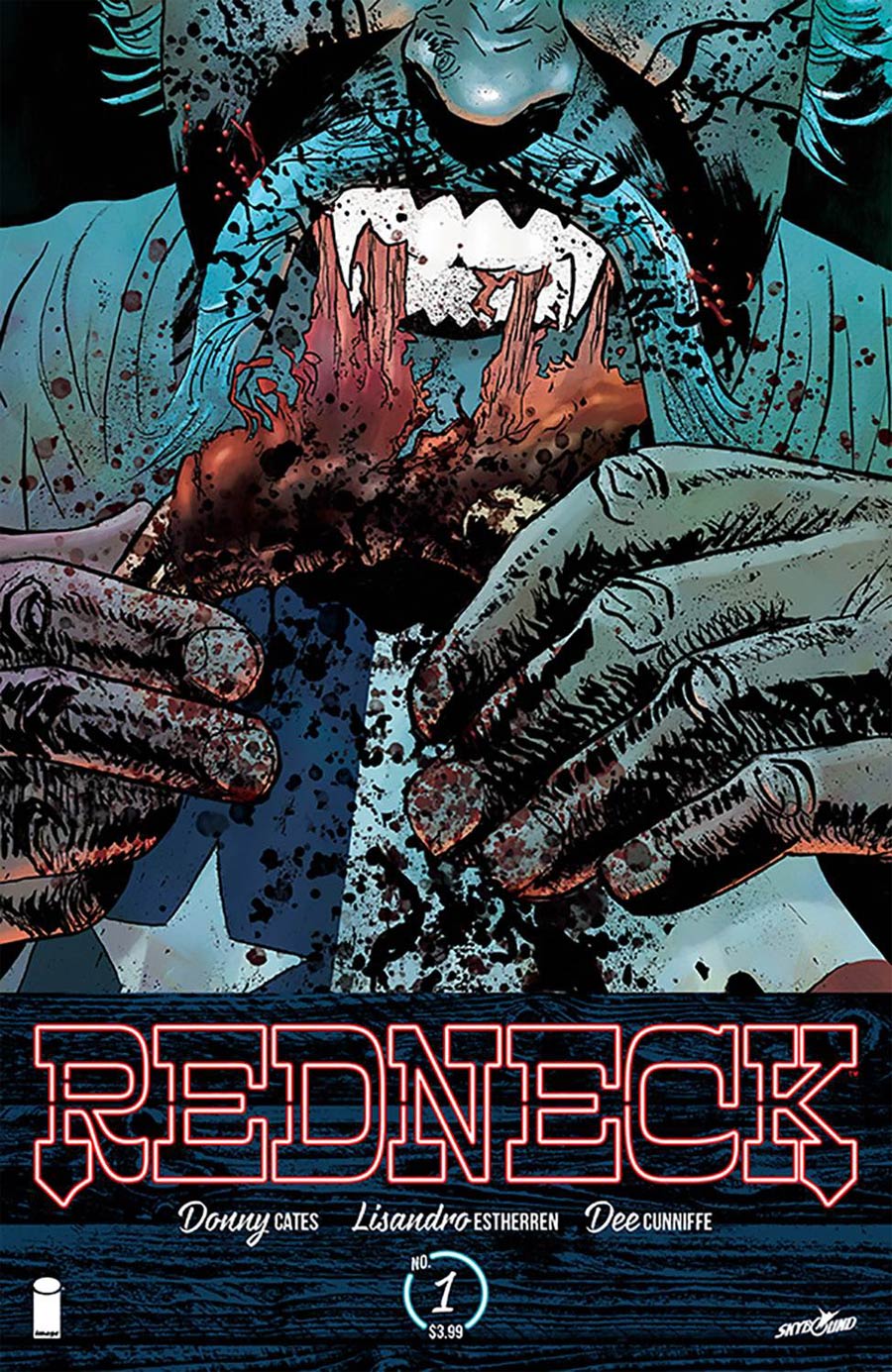 When I first read that Donny Cates was writing a Texas vampire comic, I was all in. Redneck feels like Near Dark meets the Hatfields and the McCoys with a dash of Philipp Meyer’s The Son. It’s pure Texas. Regular readers of this column know I’m a big Donny Cates fan. I first came to his work via his collaboration with Eliot Rahal and Geoff Shaw, The Paybacks. I followed his work on Ghost Fleet, Interceptor and God Country.

Redneck is the story of the Bowman family. They’ve been living a relatively quiet life (for a pack of blood sucking vampires) in the heart of Texas for decades. They live off cow blood behind a Texas barbecue. The younger members of the Bowman clan go out for a night on the town on Christmas Eve and things go sideways real fast. One of the Bowman boys drink the blood from a local at the bar and they find themselves crossing paths with Father Landry, a Texas preacher whose family has wanted to wipe out the Bowmans for a long time. The Bowmans and the Landrys have a lot of history and from the looks of things in this issue, ain’t none of it good.

Bartlett serves as an uncle in the family and is a bit of an outsider. Cates and Esherren’s protagonist abides by his family’s rules but it’s clear he hasn’t always spent his nights sipping cow blood in the back porch. By issue’s end, we get a glimpse of the monster Bartlett’s been keeping at bay and the violence that’s to come.

Cates, Estherren and Cunniffe put together a heckuva first issue. They lay the groundwork for a bloodsoaked vampire family revenge epic and it is a blast to read! I’ve already added it to my pull list and can’t wait to read the next issue. If you missed it last week, go get it this week!

Badly Damaged: Weapon Durability in Breath of the Wild