Jyn Erso didn’t smash the head of the AT-ST between two logs. She didn’t wrap cable around its mechanical chicken legs as they stomped into Jedha City. She didn’t leap confidently from a rooftop in order to land on its head and wrestle the pilot from the cockpit.

Jyn Erso saw the AT-ST and she fled.

The grin spread wide across my face as I saw Stormtroopers hit their mark, heroes falling upon the beach pock-marked by oncoming AT-AT fire from the distance. Unlike the third act of A New Hope or Return of the Jedi, I knew many of these characters weren’t going home. These same machines Luke Skywalker had outwitted and conquered with a plucky youngster’s vigor were now the tools of death. They weren’t just there to sell toys to children. They were there to sell the oppressive power of the Empire to the audience.

When I walked out of my showing of Rogue One: A Star Wars Story, my first invigorated thought was “God damn, that’s everything I ever wanted Halo: ODST to be!”

While it’s also true that Rogue One had presented a side of Star Wars to me I had never seen before, it’s a side of Star Wars I could have lived without. I always found A New Hope to be a wonderful fantasy adventure, trading Swords and Sorcery for Lasers and Spaceships. Clever heroes defying the Empire, defying the odds, and defying death itself were all par for the epic course.

When I played Halo: Combat Evolved for the first time in high school, something about it felt like the 21st Century Star Wars. A brand new space epic filled with operatic drama and death defying odds. It exploded onto the video game scene to inspire the pop cultural zeitgeist and panic business executives into creating the best imitation they could. “Halo Killer” became new marketing slang for your generic first-person shooter that simply didn’t understand why Halo: Combat Evolved became such a success. It was Star Wars, but for videogames. 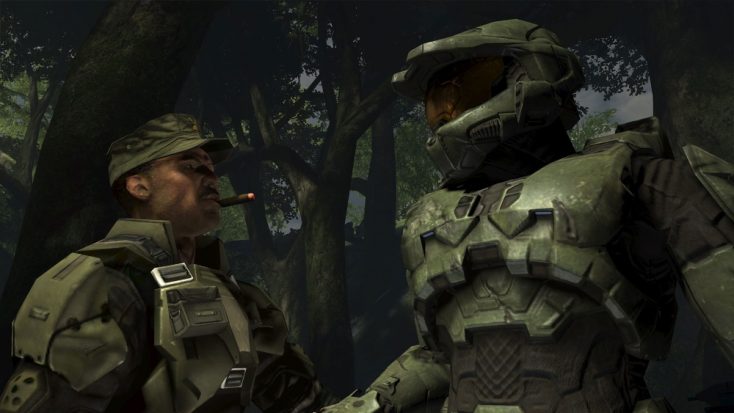 There was something that Halo had that Star Wars never could, however: Legendary difficulty. The enemies were smarter, they hit harder, and their superior technology meant they could usually take more hits than you, the player. It was on this difficulty that it really felt like humanity was losing the war. Keeping even one human marine by your side alive was an achievement. In order to survive, the Master Chief needed to be smarter and more resourceful than your typical soldier on the battlefield. Being a plucky moisture farm boy that could bullseye womp rats on his T-16 back home wasn’t enough.

While The Empire Strikes Back and Return of the Jedi raised the stakes and reach of the Empire, Star Wars never managed to impress the same hopelessness upon its audience that Legendary difficulty could to a Halo player. When that Halo ring blew up and the Master Chief escaped as the sole human survivor, you began to understand the value and sacrifice in such small victories.

So when Halo: ODST was announced, I was curious. When they released the live action trailer, I was absolutely psyched. That expensive piece of marketing told a story of war with the Covenant that fascinated me. Generation after generation of fighting this war, endless battles and burial after burial. There’s a sense of hopelessness and weariness, and the somber narrative Bungie had been advertising suggested a game where the price of this small, miniscule victory would be heavy.

In some ways, ODST delivered. Bungie made the player character more vulnerable than the Master Chief had been in Halo 3, greatly reducing shields and introducing health back into the game’s mechanics. Health kits were a necessity once again. Even a lowly Grunt could prove a threat, let alone the panic that set in as a Hunter began chasing you around the map. The player was disempowered, able to experience the war from the perspective of just another red shirt. 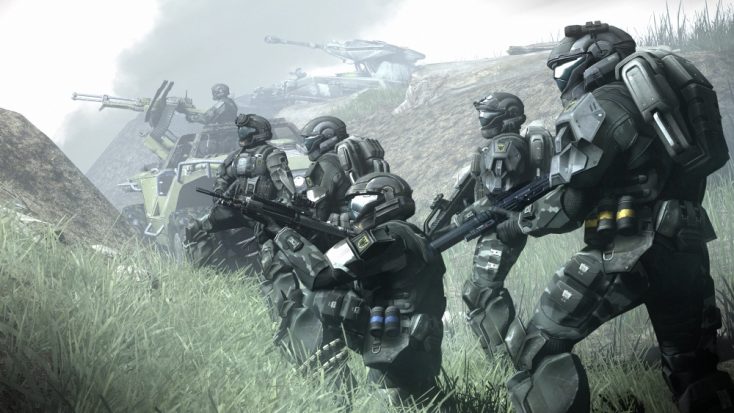 Or so that was the first impression. As you piece together the events of the game, the player is thrown into more and more outrageous set-pieces. Characters perform the same death defying stunts as the Master Chief can. What look to be impossible odds turn out to be cheap dramatics. The looming threat of a character dying is left without payoff.

By the game’s end, everyone in the unit survives and they’ve made a new Covenant friend. The squad lives happily ever after, just like in the fairy tales! Only this story wasn’t supposed to be a fairy tale. If Master Chief’s most defining trait, as described by Cortana in the opening of Halo 3, is luck, then an entire squad of regular human soldiers beating the same odds disregards the fortune that sets the SPARTAN apart. Moreover, it disregards the threat of the Covenant that Bungie is trying to sell. If everyone in this squad can accomplish a mission so successfully, then how is humanity losing the war so badly? 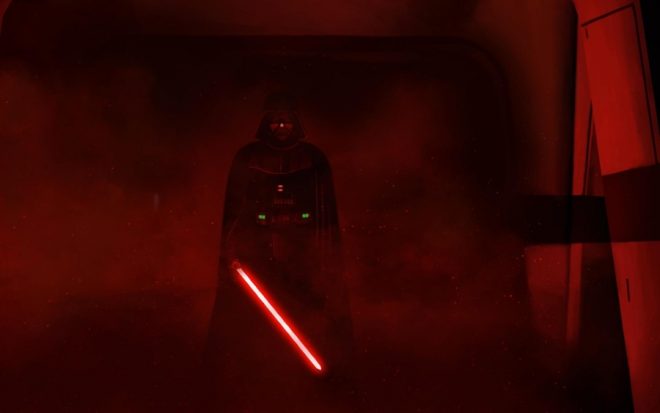 Rogue One: A Star Wars Story could have had — and indeed, almost did have — a much brighter conclusion. However, that conclusion would rob the film of the weight of risk. As the film plays out, the mission is just barely a success, right down to Darth Vader nearly nabbing the plans from a fear stricken rebel in his final moments. By taking such a heavy toll on the film’s cast we are instead given weight to just how desperate the Rebel struggle is. The title of A New Hope no longer refers to something as grandiose or fantastical as finding Skywalker, but something as small as the Death Star plans themselves. With such valuable information, the Rebellion can finally put a dent into the Empire’s power.

Like ODST and the Hunters, it was thrilling to see AT-ST’s, AT-AT’s and Stormtroopers be a real, proper threat in a way I had never seen before. ODST wasn’t brave enough to carry its base concept — of playing a more fragile human in a deadly, war-torn universe — through to the finish line. The cinematic set-pieces and happy ending subvert the desire to make the player truly feel threatened and hopeless. Rogue One eschewed the fantasy elements of the Star Wars universe in favor of a more grounded, more gritty universe where none of our heroes survive.

Rogue One was a stronger story for it, and it desperately makes me wish for Microsoft to be brave enough to try again with their own space opera franchise.

Chris Cesarano writes about games on GamersWithJobs, rambles about them on YouTube, jabbers his jaw on a podcast, and occasionally spits opinions on his blog. He is still trying to figure out where everyone gets this illusive “life” thing they go on about.