Drenched in shadow, a muscular figure whips his jabs into a punching bag, ready to defend his title as the undisputed boxing champion of the ring. Taking his place in the arena a few moments later, the boxer hunches his body forward in position. He then peppers his challenger with a flurry of punches to his face, and swiftly wins his first round in the ring.

But his lead does not last long.

After chugging a bottle of water during a short break, the reigning champion finds that his vision is becoming cloudy. Thrown off rhythm for the second round, the opponent’s blows become too quick for him to dodge, and his punches too devastating to endure. Eventually, the champ blacks out. He isn’t sure how long he is unconscious for, but in his stupor, he finds himself abandoned in a deserted alley, before losing consciousness again.

Backed by thumping hard-boiled action and a moody synthwave soundtrack, Pato Box is a noir-inspired boxing game about a man finding the answers to his betrayal. Your hero is the boxing champ named Patobox, a tortured soul unable to speak his mind or express himself other than through his fists.

He is also one-quarter duck.

But don’t let the mug fool you; Patobox is every bit the dark, brooding hero every film noir needs; it’s just not as visible as a permanent scowl or a deeply furrowed brow. Losing your entire career in one night can do terrible things to the psyche of a man-duck, and this dichotomy—the vacant look on the Patobox’s face versus the angst bubbling within—may just be what the developers wanted to capture. “I wanted to express – through symbolism – how a half-animal person with a duck’s face might actually be more in touch with his feelings and passions than a human being. The humans around him are very dull, very sad. They just work for the Deathflock corporation and it’s the only system they understand,” said Cesar Arminio, the creator of the game in a chat with Black Girl Nerds.

In the vein of the classic Punch-Out!! series, Pato Box has the eponymous fighter wordlessly punch his way through his investigation, taking down henchmen and kingpins of shadowy organizations. These fights are punishingly tough—you’ll need to watch your opponents carefully and predict their moves through multiple playthroughs—but in noir, the odds are always stacked against your favor. Max Payne’s body count, for instance, is probably the population of a small nation by the end of the series.

And what is a film noir title without its femme fatale? In Pato Box, she is an enigmatic and attractive lady called Ms Feathers (not a duck), who offered her help in his hunt for retribution. Of course, her motives are also shrouded in mystery. Why does she want to help a washed-up fighter? How is she related to the underworld? Are her heartstrings tugged by Patobox’s toned, masculine physique? These are important questions that beg answering. 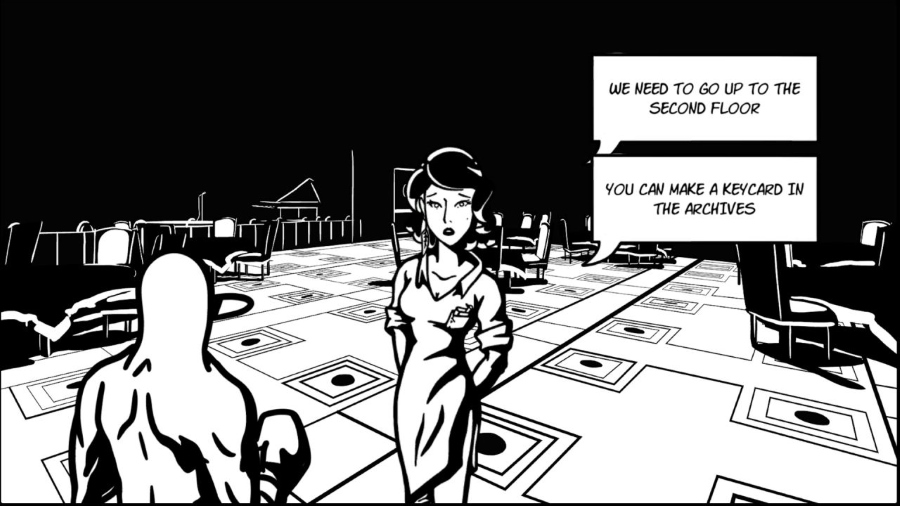 While the world of Pato Box is draped in black and white tones, the noir genre is anything but unambiguous. Populated by shady individuals with inscrutable motives, noir is rife with double-crosses, gray morality and paranoia. It’s not a traditional noir title, but Pato Box puts on the stylings of the genre like a well-worn suit. Full of nuance and quiet unease, it warrants your interest, subverting the fighting genre by sprinkling in elements of crime fiction and drama.

Pato Box is now out on Kickstarter, with a free demo where you to start practicing your moves. Watch out for the chef though; he is infuriating and impossible to defeat without a week’s practice.

Bad Games Are Good For No One