I was talking with a friend recently when the subject of Halo Wars 2 came up. Actually, it would be slightly more accurate to say that the subject was venomously spat at me. My friend, a self-described real-time strategy veteran, saw the game as the latest slap in the face of the genre. He sees it at a Call of Duty take on the concept of a proper RTS. All flash, no strategic substance.

I responded to his claims with a casual shrug of the shoulders and a half-hearted “It’s never been my favorite genre.” It diffused the hostility well enough, but it wasn’t the whole truth. The truth is that I’ve always been intrigued by more complex strategy games but have never been able to convert that intrigue into the skills needed to actually play one well.

It began, like so many forays into the RTS genre, with StarCraft. As a youngster, I had heard tales of StarCraft‘s brilliance and the brilliance of the RTS genre in general. The concept of an RTS game had always intrigued me. It was one of those genre’s that consoles just couldn’t do well. As I was a lifelong console gamer at that point, the RTS was like the ultimate forbidden fruit.

Then, it finally happened. My family bought a computer capable of doing more than just slowly loading a spreadsheet. Immediately, I purchased a copy of StarCraft and prepared to become the ultimate digital strategic mastermind I always assumed I was. 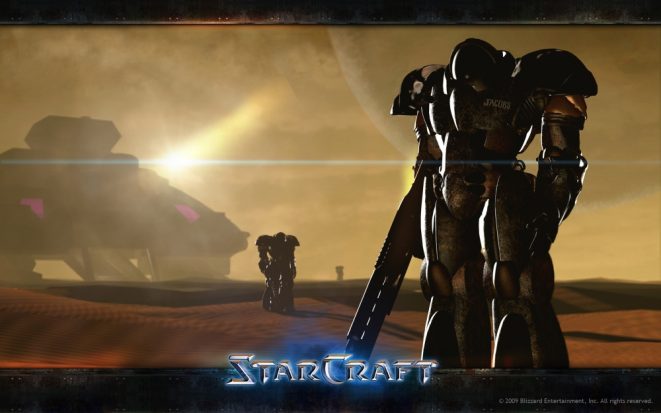 That’s not exactly what happened. It soon became clear that I lacked whatever part of the human brain that makes someone naturally good at RTS games. It took all my efforts just to survive. Because of this, I didn’t derive much enjoyment from StarCraft or the subsequent RTS games I’ve played since. However, I never really started saying “I’m not good at RTS games.” I just began to say, “I hate RTS games.”

It was a standpoint I never questioned until I played Dark Souls. Suddenly, I was on the other side of the issue. I loved a game that some people deeply hated because of its considerable difficulty. I began to wonder if my stance on RTS games was fundamentally wrong. Perhaps my opinion on the genre was invalid.

At some point, I realized that it was ridiculous to think that way. There’s no shame in not being good at a game or genre. There’s no shame in your viewpoint of that game or genre being altered by your skill level. The shame comes when you use a defense mechanism (“I suck at RTS”) as a weapon (“I hate RTS”). The shame comes from failing to appreciate the factors that form your view and trying to compensate by going on the offensive.

I don’t hate RTS games. I never really have. I respect the skills that go into making a great one just as I respect the skills of those who are truly great at them. I’m working on being able to freely admit that I might enjoy a more casual entry into the genre because I am, quite honestly, a casual gamer in respect to RTS titles.

Until then, I’m satisfied with no longer feeling a sense of hatred towards the genre. After all, how much hatred does a person really need to harbor?