This month, our spotlight falls on our cover artst, Cryoclaire (AKA Mary Safro), co-creator of the cyberpunk web comic Drugs & Wires. A Latvian currently residing in the United Kingdom, she pursued illustration and 3D art for many years before taking the plunge into sequential art. She was kind enough to take a break from obsessing over space junk to answer some questions.

How’d you get into making art? What inspires you?

I’ve always been into drawing, and the older I got, the more I neglected school and social life in favor of art. At some point, doing anything else for a living just didn’t seem like an option and seeing how there weren’t many opportunities to study art in Latvia, I moved to England. After a couple of years of foundation and illustration courses, and making very little money freelancing, I got somewhat disillusioned in pursuing illustration and moved on to a more technical specialty: 3D art. Since then, I’ve been working in games and while it’s been a much safer career path, pure 3D modelling was never really my thing. Getting back into comics and starting Drugs & Wires helped me stay creative and have fun with my art.

As for inspiration – Jamie Hewlett is always the first artist I mention, as he and Gorillaz changed my tastes pretty much overnight. I remember catching them on Cartoon Network and going from a sheltered child to an edgy pre-teen in a span on one song.

Since then, I’ve been inspired by subcultures, misfits, radical fashions and anything my parents wouldn’t like. I also loved science fiction since I was a kid, so cyberpunk was a perfect discovery for me – it was edgy and cool and set in the future! Since launching D&W with my co-creator, Io Black, we got into a habit of exchanging terrible, offbeat news, many of which would end up in the comic in some form. Due to the nature of our comic, I’ve also started taking more interest in history and tech, so it’s definitely broadened my horizons.

What’s Drugs & Wires all about?

Drugs & Wires is a weekly cyberpunk comic set in the alternative reality of 1995. Dan, our protagonist, used to be a VR operator until his brain got fried by malware. Now he’s stuck delivering packages in a post-Soviet hellhole and hanging out with his mildly psychopathic cyberware installer, Lin.

The whole thing started as a series of sketches and comic strips all revolving around this sad, misanthropic drug addict. At the time, I just drew them to entertain myself after work and didn’t have any long term plans, but over the couple of years it just kept escalating and developing until I met Io Black. As it turned out, Io was great at all the things I struggled with – world-building, script writing and having more than 2.5 characters in a story. D&W’s been a collaboration between the two of us ever since and I can’t imagine ever doing all of it by myself now.

I like the fact that your cyberpunk aesthetic is firmly rooted in obsolete technology. What’s the appeal for you there?

Part of it is nostalgia, but for the most part, it’s an irrational, unhealthy interest I developed for technology that peaked just before my time. Back in the 90’s I lived with my technologically inept grandparents and my only entertainment were books and TV. I’ve read an encyclopedia about the Internet years before I got to actually go online and experience it. So I feel like researching early 90’s tech for me is a way to relive something I knew existed, but never got my hands on as a kid.

Another thing I love about earlier tech are the actual designs, all sorts of bizarre oddities that didn’t make it far up the evolutionary tree. Take the mobile phones for example, some of the form factors of the late 90’s/early 00’s were out of this world. Impractical, silly looking, but very unique and probably way more fun to draw.

What do you hope people who see your art take away from it?

I hope they have a good laugh and forget about their troubles by reading about our characters’ miserable lives, if only for a moment. Being a comic artist, I want people to connect with our characters and get immersed in the story, too. I always feel like me and Io have done our jobs when readers worry about our characters and make up theories about the world around them. It’s incredibly fulfilling and makes all the hard work worth it. I can only hope our little community will continue to grow and develop. 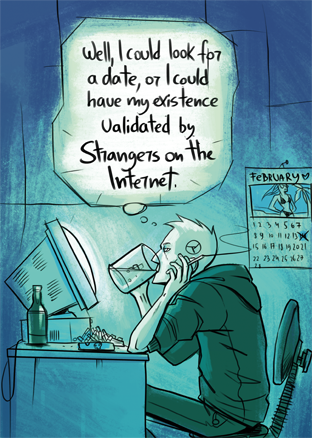 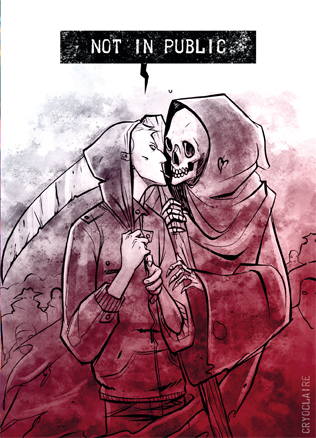 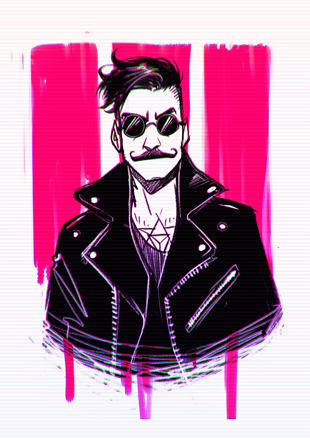 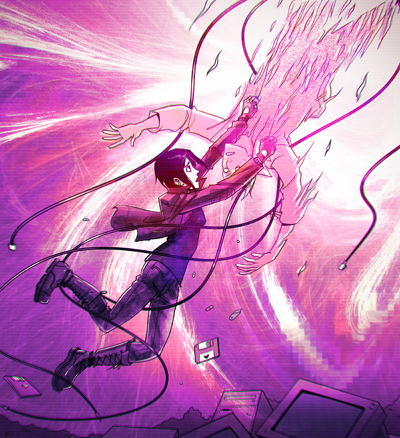 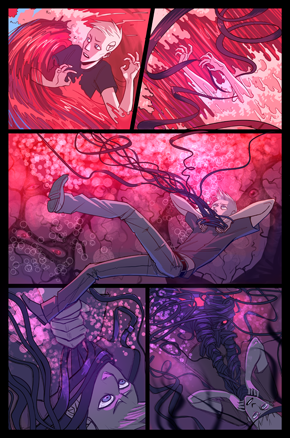 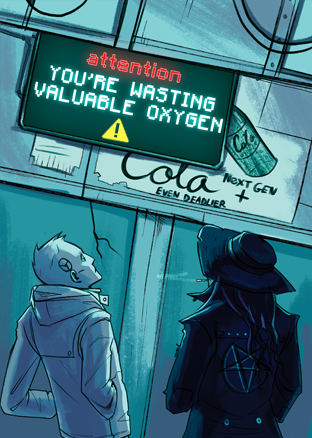 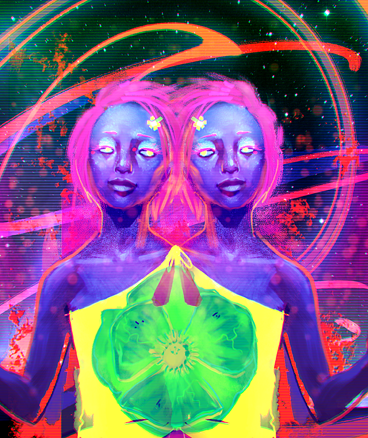