Videogames are an industry of trends. Someone lands on a good concept, mechanic or theme and suddenly there are a dozen or so imitators. Some of those imitators even improve on the original and the upside for everyone is we get good games.

Other times it feels like everyone decides that this will be “The Year of the [insert trope]” and only about three writers exist in videogames. This was the Year of the More Interesting Secondary Character.

Take Titanfall 2 for example. Does anyone remember Jack Cooper? I’m not sure I do and I played as him for over 10 hours. But we’ll all remember BT-7274, the smartly written, unintentionally wisecracking, lovable robot who loves you. Cooper is purposefully flat, he’s designed for the person playing to project on him, but he’s contrasted by BT’s actual interesting persona.

Call of Duty: Infinite Warfare runs afoul of almost the same ground. E3N (or Ethan as he prefers to be called) is the source of one of the only moments of personal growth for any of the characters. His skills, personality and attitude make him instantly likable and turn unabashed robo-hater Sergeant Omar into a friend. Aside from being the only non-human squad member, Ethan is memorable because his lines are great and they’re delivered with a panache otherwise absent from the self-serious game. 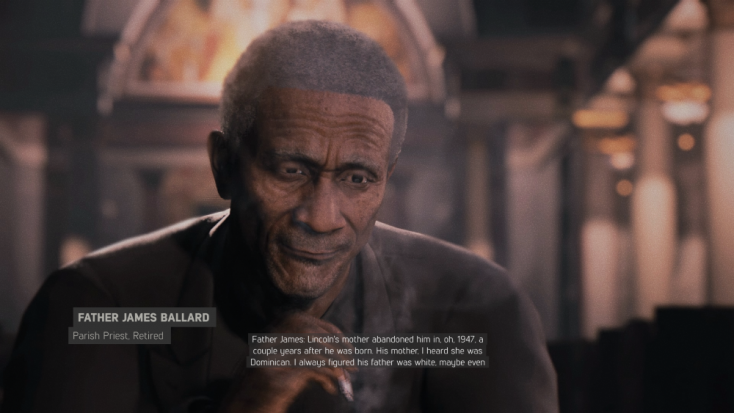 Robots aside, Father James in Mafia 3 constantly challenges my feelings towards protagonist Lincoln Clay. Unlike Jack Cooper and Infinite Warfare’s Nick Reyes, Clay is a well written, dynamic protagonist, one that we’ll remember for a while. However, his friend Father James steals the scene almost every time he comes around. James is a moralizing, centering force for the Clay’s bloody tale of revenge and the closest thing Mafia 3 has to a narrator. He provides an emotional through line and is just plain interesting to listen to. Without James, Mafia 3 is only a story about revenge, there’s no opportunity for redemption.

And the list goes on. Fire Emblem: Fates had, well, everyone else, Uncharted 4 had Sam and Elena, XCOM 2 had Central and Shen, and (arguably) Firewatch had Delilah. Even Dragon Quest Builders starts out by letting you know that you are not the hero. You may be the most interesting thing since sliced bread but this tale is not your own.

And that’s not to dismiss the role, importance and writing of the player character in any of these games. Firewatch’s Henry is arguably the necessary foil to Delilah, Nathan Drake undergoes a series of deeply personal ordeals and even Nick Reyes comes to more than a few revelations about the burden of command.

Secondary characters have always been around, but 2016 feels like the year that they exceeded their “secondary” status in important and necessary ways. We didn’t even get an Assassin’s Creed, a game where you literally play as someone playing as someone more interesting. Unlike Nintendo’s ill-fated “Year of Luigi,” this unofficial, yearlong celebration of non-player characters shows not only their necessity but the depth that can be achieved with a modicum of effort.